Late in the evening of March 5, Prashant Kumar took an unexpected call from his boss at State Bank of India. He was offered the job of rescuing the country’s most troubled private-sector bank, and — if he accepted — told to report for work at 8 a.m. the following morning.


“The first thing that came to my mind was where was the address,” he recalled. “I had to Google it.”

Kumar had little hesitation in accepting the position of chief executive officer of YES Bank Ltd., the lender that was teetering on the edge of insolvency before being bailed out that month at a cost of $1.3 billion. The only concern came from his wife, who Kumar says was “shocked” that he had resigned from his safe post at the government-controlled SBI, where he was chief financial officer.


Another failure of a financial institution would have been “catastrophic,” Kumar said of YES Bank’s rescue, which came following the collapse of two shadow lenders. The central bank organized a bailout led by SBI after YES Bank suffered a run on deposits on concern about its massive bad-loan portfolio.


“Confidence of people, customers and even employees was shaken,” Kumar said. “The bank had a large stressed book. It was a very different challenge than handling money at SBI.”


Since starting as CEO, Kumar, 59, has made restoring the faith of YES Bank’s depositors a priority. The bank suffered an outflow of Rs 1.04 trillion ($13.9 billion) in the six months through March, about half its total deposits. Kumar set aside an hour a day during the first two months to call depositors to reassure them personally about the bank’s stability. He spoke to about 10-15 of them daily, stressing that YES Bank now also had the backing of SBI.


“The biggest challenge when I joined was to stop the outflow of deposits,” Kumar said. “For any bank, having a sustainable deposit base is the most critical ingredient.”


SBI and seven other Indian lenders took a combined 79% stake in YES Bank in March. That has helped stabilize the situation, Kumar said, with deposits rising by about Rs 120 billion to Rs 1.17 trillion by the end of June. Kumar said he aims to raise deposits to 2 trillion rupees by March 2021.


The rescue also helped contain deposit outflows at other Indian banks, though the tensions in the Indian financial sector remain elevated. The fiscally constrained government needs to inject capital into state banks to bolster their balance sheets, and private-sector lenders are queuing up to raise new capital from the equity market to face up to an expected surge in bad loans due to the pandemic.


More reassurance for YES Bank came from the $2 billion of additional equity capital raised in July, albeit at as much as a 55% discount to the market price. The new capital reduced the rescuing banks’ combined shareholding to 45%, with SBI’s stake dropping to 30%.


But the hefty discount triggered a further plunge in YES Bank’s shares, which have fallen more than 90% since the beginning of last year.


YES Bank’s bad loans rose to rs 407 billion at the end of December, nearly a fifth of its loan book.


“We are not against anybody,” Kumar said of his discussions with delinquent borrowers. But “I will do everything possible in this world to recover my money.”


Kumar said he also wants to focus on lending to retail customers, rather than the big corporate clients that led to the spike in bad loans. 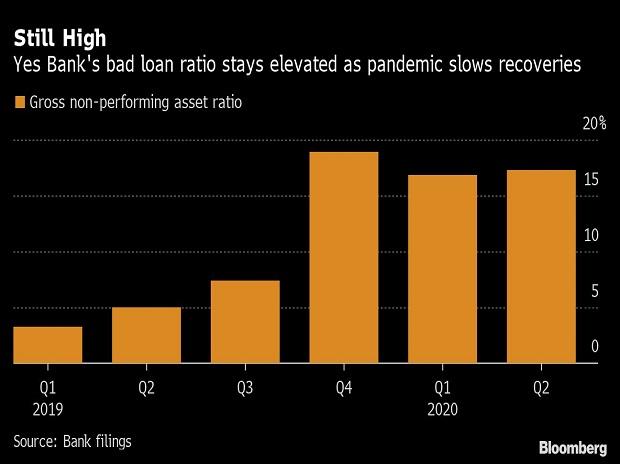 “The bank has been able to improve its deposit base and also concluded a much-needed capital raise,” said Alka Anbarasu, vice president and senior credit officer in the financial institutions group at Moody’s Investors Service.


“However, YES Bank has a long way to go,” she said. The lender may find it hard to restore its low-cost current and savings-account deposits “to levels before the bank’s deposit erosion picked up in the middle of 2019,” she added.


Five months into his new job, Kumar said he’s worked every day, usually doing long hours. He said his sleep has also suffered: He gets about four hours a night.


“Things are not easy, including challenges on liquidity, deposits and recovery,” he said. “I need to deliver.”

OECD says Australia is 2nd dirtiest economy per capita, tells it to clean up

BroadSource Accelerates Growth with Opening of New Office in India |