Thousands or airliners were parked at the beginning of the pandemic, most are still parked. The hoped for passing of the pandemic and an ease on travel restrictions has not happen and may not happen for months as a ‘second wave’ seems to have arrived, Airlines are becoming desperate ( Getty images)

In 2019, the world’s airline industry took a bit of hit with the two crashes and grounding of  hundreds of Boeing Max 8 aircraft being flown  by airlines around the world after two crashes.

Passengers concerns about safety however seem to fade and airlines began to resume typical operation levels with other jets replacing the Max8.

In March this year however the pandemic began to spread, and soon travel restrictions were imposed by most countries. With few passengers, thousands of expensive airliners were parked, many still being paid for. Maintenance and parking fees added to costs.

Hopes were that COVID-19 would pass by this fall and international traffic would pick up. But now it appears a ‘second wave’ is occurring and travel restrictions remain.

Airlines have slashed their workforces dramatically, This week Australian news (ABC) noted that their two biggest airlines, Quantas and Virgin Australia with some 40,000 employees have lost 95 per cent of capacity and if the situation persists, those numbers could drop to as low as a mere 2,000 employees. 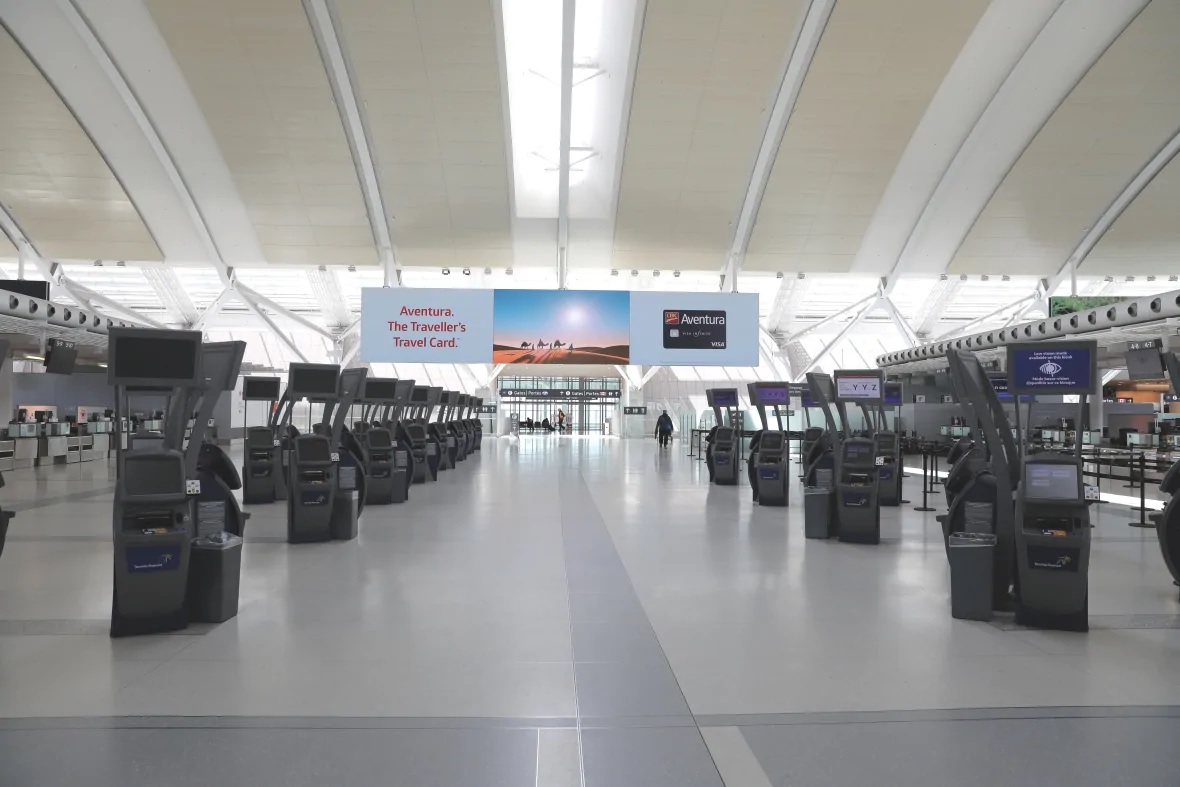 Pearson International Airport in Toronto is one of Canada’s biggest and busiest airports, but arrivals and departures have dropped by about 3/4 since the pandemic (Jonathan Castell/CBC)

In Canada, there were hopes for a renewal this fall,  Holiday destination carrier Air Transat, currently involved in a stalled sale to Air Canada, has announced an ambitious winter flight schedule to 40 southern holiday destinations although two-thirds of staff are laid off.. Some 2,000 more of their staff may be placed on permanent leave as revenues have dropped by almost 99% in the last quarter according to the Simple Flying website/

Quoted on Simple Flying, CEO Jean-Marc Eustache said, The situation is especially difficult in Canada. Restrictions at the border are particularly stringent, with the closure to foreigners and mandatory quarantine for Canadians coming back from any other country at least until Sept. 30.”

Given the apparent ‘second wave’ of the virus, it seems possible the restrictions will be extended. If so, this would be another major blow to the holiday carrier and to other carriers as well. 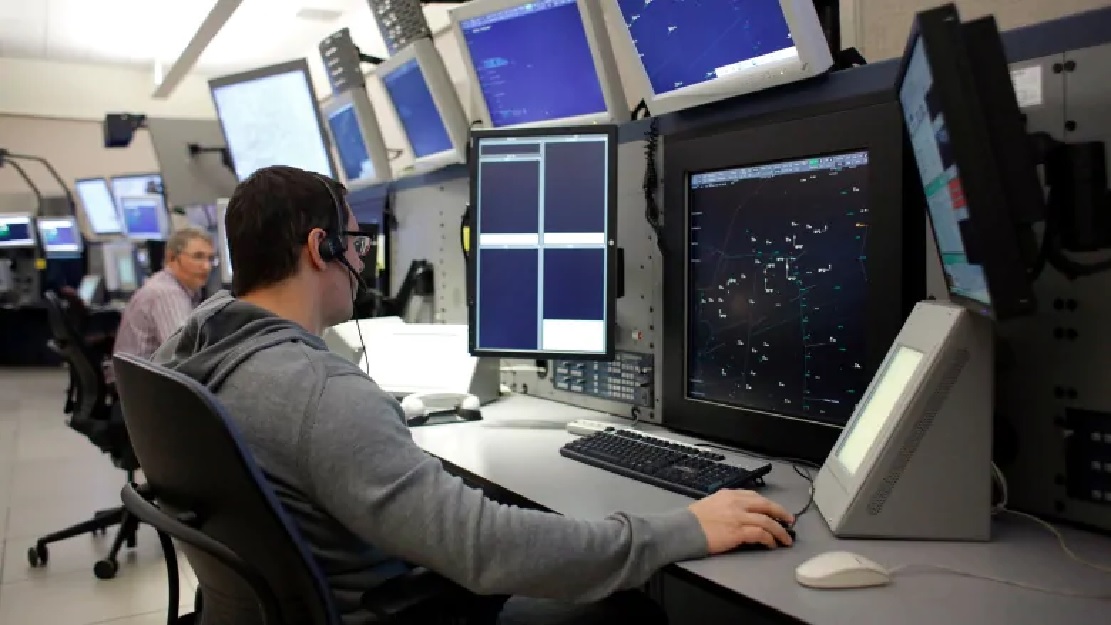 Canada’s two biggest carriers Air Canada and Westjet, together have cancelled over 400 flights this month. The Globe and Mail reports flights in Canada have been halved with 5,863 reported in Canadian airspace in August compared to 11,551 at the same time last year.

Canada’s major airports in Toronto, Vancouver, and Calgary had seen takeoffs and landings drop by half to three-quarters.

With the ongoing airline trouble the corporation has been coping with its own falling revenues. Federal emergency funding, voluntary retirements, and salary and benefits reductions have helped, but now it says that hasn’t been enough.

In a statement this week Neil Wilson, President and CEO wrote, “Undoubtedly, the company is in the midst of the toughest moment in its history. NAV CANADA is not immune to the economic downturn and severe financial impacts the aviation industry is experiencing”.

NAV Canada is in the process of cutting over 700 jobs, or 14 per cent of the workforce.

In addition, flight information centres in Winnipeg and Halifax will be closed. However NAV Canada says the cuts will not have any effect on operational safety.

Wilson added, “The aviation industry is contracting and faces profound changes. We continue to monitor the impact of the pandemic and will continue to take steps as they are necessary to align service with traffic levels while maintaining the integrity of the air navigation system,”

to give amateurs same analytics tools as Barcelona : CityAM