The event attracted Premier Doug Ford, who dubbed the facility the first in Canada and North America. 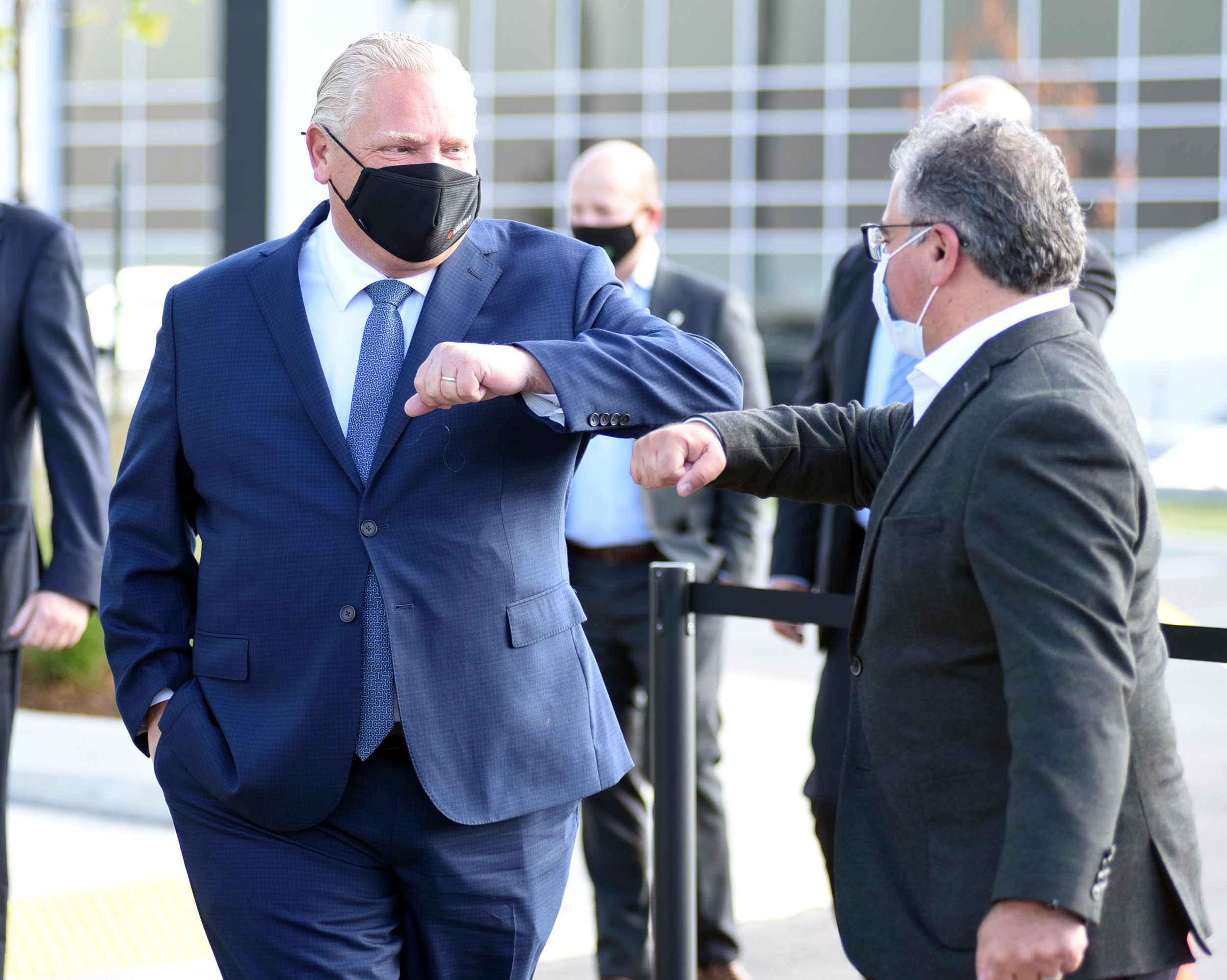 Medline’s motivation in bringing about this technology is also his ardent aspiration to accelerate Canada’s adoption of the ever unfolding advancement in the tech sector.

It has been widely reported that Canada lags behind peers when it comes to technology adoption.

“Canada lags the rest of the world in grocery e-commerce, but we are a very modern country; we are technologically savvy,” Medline lamented. “Canada deserves the best technology and the best customer service.”

His vision meant that Voilà by Sobeys was the first receiver of Ocado’s technology.

“There are now partners around the world but we were the first to build it other than Ocado in the U.K.,” Madeline said. “There is one operating in France,” he added.

“We are the first in North America, and there are going to be dozens if not hundreds built by Kroger in the United States.”

Sarah Joyce, senior vice president of e-commerce, Sobeys, recalled how the vision was to bring this technology to the GTA, where “we only have the technology partnership” with Ocado, and “a shell of a building right behind me.”

Now, not only does the facility have three temperature zones, from ambient, chilled to frozen, but it’s solving one of online shopping’s biggest hurdles and that’s getting the order right.

“I actually got what I ordered, which is no less than miracle these days,” Joyce recounted a quote from a customer. “That’s one of the main complaints for people who tried online grocery.”

Currently, the service is available from Hamilton in the west to Oshawa in the east, and to Newmarket in the north. Sobeys charges delivery fee of $7.99 for a minimum order of $50.

Reporter Dina Al-Shibeeb attended the official launch for Sobeys and that’s where she met with Michael Medline and Sarah Joyce. From Medline, she learned about his vision and the impact his company is interested in making.

Concept Cars De-Badged: Can you guess these automakers?

Sushant Singh Rajput’s lawyer: I never met Disha Salian, linking her with him was...

How to stay safe with a fast-spreading new coronavirus variant on...