To do so, we are always here, but sometimes, as hard as it is to say this, maybe you want something a bit more interactive. If that’s the case, there’s always The Petersen Automotive Museum in Los Angeles, California.

In June 1994, as a branch of the Natural History Museum, the car-centric establishment opened its doors for the very first time.

But, during the year 2000, the museum broke off from the Natural History family and became exclusively owned by the Petersen Automotive Museum Foundation, with no less of an ability to succeed. The final change came in 2015 when the entire museum saw a refit and customization with the exterior architecture covered by Kohn Pedersen Fox, while the interior was modified by The Scenic Route. 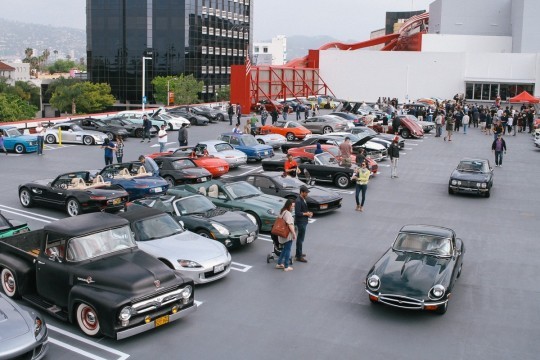 Since then, show after show after exhibit and then again show, only to be followed by educational programs, and then, exhibits and shows again. They showcase it all from industrial automotive design to history, artist works, and even a “discovery center” where guests can build their own cars with Legos.

Currently running exhibitions include a focus on electric cars and vehicles, Hollywood dream machines, and even classic Italian motorcycle design from the 60s and 70s.

With a collection of over 300 vehicles, in addition to engines and parts, books, photographs, videotapes, and even movies, the museum also prides itself with a number of educational programs. However, with the current health crisis going on, rather than shutting down like most other establishments, the Petersen museum has gone virtual.

Even here they are having their fair share of success. Even though the museum has been closed for the majority of 2020, they have continued to set-up and manage new programs to continue to engage an audience worldwide. They’ve managed to successfully run a fundraising gala, a Monterey Car Week event, and even exclusive collection tours, all digital. 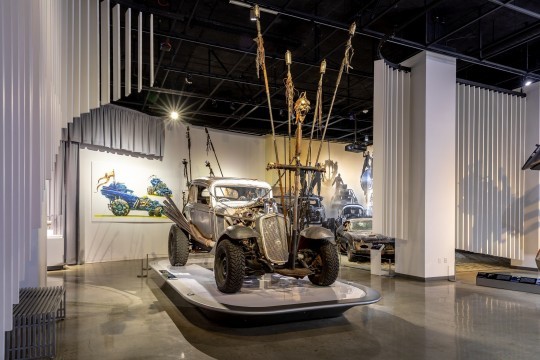 Because of its planted roots in the automotive world and its ability to continue to provide these exhibits and shows, and to educate through these questionable times, The Historic Motoring Awards have named The Petersen Automotive Museum “2020’s Museum of the Year.”

To get this sort of title, a number of museums are pitched against each other in front of a panel of 25 judges considered “automotive luminaries,” of which one is the famed Jay Leno.

What does this award mean for the museum? Well, we’ll let Petersen Automotive Museum Executive Director Terry L. Karges fill you in with the following comment: “This award validates the creativity, hard work, and dedication of our team and the support and leadership of our board of directors. Thanks to them, our sponsors, and the passion of our community, we are excited to live up to this title year after year and to continue our work as one of the world’s greatest automotive museums.”

So maybe you did or maybe you didn’t know about this museum, at least you know you can still visit their award-winning corridors virtually. But don’t worry, the museum is preparing future exhibits for when this whole health crisis blows over.

US election result is in doubt, but one thing’s for sure: The economy will...

Ransomware likely to be around for a while, says Sophos researcher

How ‘The Masked Singer,’ ‘The Bachelorette’ and Other Reality Competition Shows Are Handling Shoots...