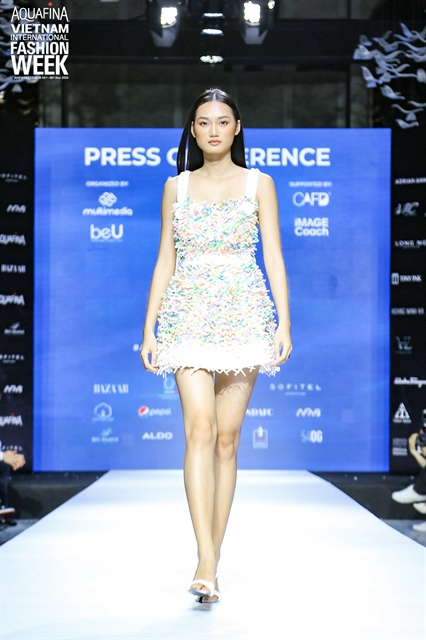 A design from Công Trí’s Spring 2021 collection. — Photo courtesy of the organiser

HCM CITY — Seventeen designers and brands will present their latest designs at the 2020 Aquafina Việt Nam International Fashion Week (AVIFW) in HCM City from December 3 to 6.

It will feature around 1,000 designs for adults and children made from silk, organza, lace, and velvet and will include hand-embroidered patterns.

Lê Thị Quỳnh Trang, president of AVIFW and Council of ASEAN Fashion Designers (CAFD), said at the event’s press conference in HCM City on Thursday: “While the world’s leading fashion weeks like Paris, Milan and New York have been postponed or organised virtually, AVIFW is able to be held due to proper control of COVID-19 in Việt Nam.

“With the theme The Future is Now, VAIFW is a golden opportunity to prove and elevate the status of Việt Nam fashion in the global fashion industry.

“The Việt Nam fashion industry has achieved success for years. AVIFW has become the leading fashion event in Southeast Asia and fourth biggest in Asia after Tokyo, Seoul, and Shanghai fashion weeks.”

Trang also announced at the conference that CAFD has launched a mobile app called AFAB for iOS and Android to introduce designs by Vietnamese and Southeast Asian designers to the world.

He will open the event with his latest collection in collaboration with Aquafina featuring dozens of designs in luxury materials and printed patterns especially suited for young people.

Trí said, “I came back to AVIFW to tell stories of my journey from New York to Việt Nam. I want to learn about Việt Nam’s market and lifestyle, and challenge myself with a new collection aimed at Vietnamese youth.”

“The collaborative collection with Aquafina for youths is a challenge.”

Trí rose to fame even when in school after his collection won second prize at the 2001 Asian Young Fashion Designers Contest organised by the Textile and Fashion Federation of Singapore and the Singapore Trade Development Board.

In 2014 he became a member of the Asian Couture Federation. He has attended leading fashion events abroad such as the Tokyo Fashion Week in 2016 and 2017 and New York Fashion Week Fall Winter 2019 and Spring Summer 2020.

His clothes have been worn by western stars like Beyoncé, Katy Perry, Gwen Stefani, Rihanna, and Jacqueline Fernandez.

Trí’s Spring 2021 Ready-to-Wear collection has been published on Vogue.com.

The 11th season of AVIFW will see the participation of other famous designers like Adrian Tuấn Anh, Đỗ Long and Hoàng Minh Hà as well as newly graduated ones like Võ Hoàng Long of the HCM City University of Architecture and Nguyễn Tùng Chinh of Hồng Bàng University. 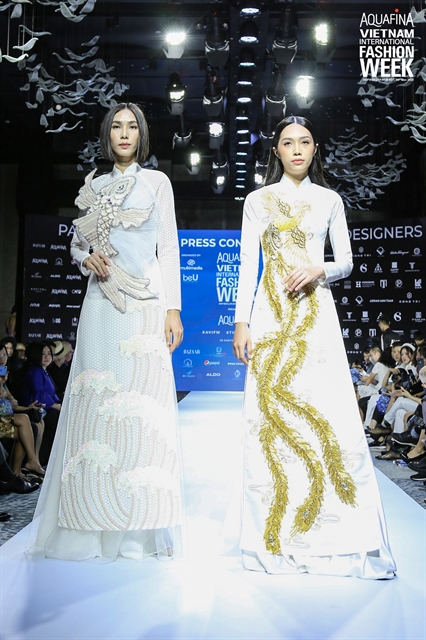 Thào Nguyễn and Ivan Trần will introduce their new designs for children.

The event will be held at the Nguyễn Du Gymnasium at 112 Nguyễn Du Street, District 1.  — VNS

After the Spanish flu came The Roaring 20s — what fashion trend will follow COVID-19?

Bake Off judge Prue Leith will pocket £400,000 from the sale of a British pasta business

Retail Was Remarkably Resilient In 2020, But Has Been Changed Forever

These brands are now hiring at Cannock McArthurGlen Designer Outlet

21% startups and MSMEs benefited from govt Schemes in 2020: Survey