That change is driven by the introduction of 48V direct current systems to work alongside the 12V systems we have used for decades.

Modern cars now consume much more electrical energy than they used to due to features like climate-control, driver-assistance computers, and complex infotainment systems.

The shift to 48V minimizes resistive loses of energy, allows higher currents, and greater power delivery, so things like window demisters and heated seats can be more effective by working more quickly.

The move toward hybridization meant the use of such systems to aid the internal combustion engines and increase efficiently by driving auxiliary functions.

These may be E-Turbos, regenerative brakes, electronic power steering racks or water pumps, which use electric motors rather than using a power take-off from the engine. 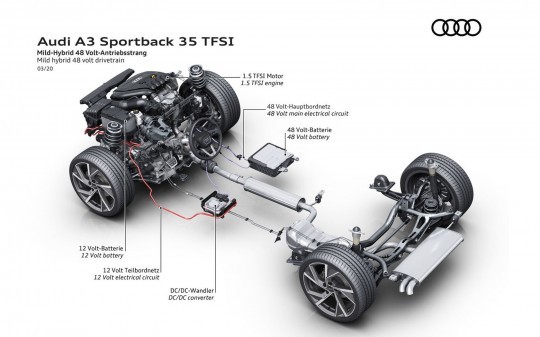 The mild-hybrid systems replace a vehicle’s traditional starter motor with a motor generator unit that collects energy when braking, recharging the vehicle’s battery.

When the vehicle comes to a stop, the motor generator, driven by AC power supplied though an inverter connected to the battery, can restart the engine, and set the vehicle moving again quicker, by supplying more torque.

This technology can improve fuel economy by 10 to 20% at a much lower cost than a full hybrid approach. Using a motor generator that is slightly more powerful will allow a vehicle to move, at low speeds, through a parking lot or a city’s low-emission zone on electric power alone.

The industry has spent too much time and resources investing in 12V electrical systems to be able to make a quick transition to 48V.

Instead, as we are beginning to see, the shift to 48V comes gradually, with the introduction of dedicated infrastructure that runs alongside the traditional 12V systems.

Such a system can be seen in Hyundai’s Mild-Hybrid 1.6 CRDi Turbo Diesel. It includes a battery and a controller that run on this voltage, a motor generator unit and inverter and a DC/DC converter to transfer power between the two systems as needed. 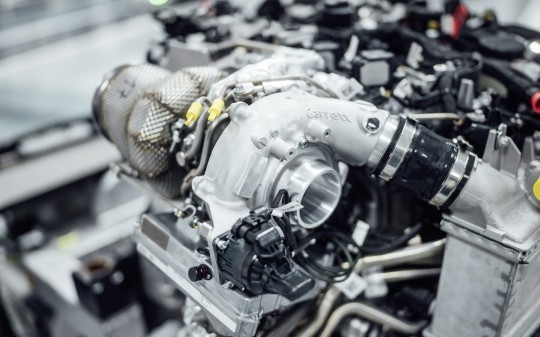 Shifting to 48V demands continuous development of a wide range of innovative technologies that can use at this higher voltage and meet the demanding standards of the industry.

Often overlooked parts like connectors, capacitors, and magnetics play a critical role in the reliability and functionality of these systems, and the market is developing rapidly to meet the ever-increasing demands.

There is still the question of cost, which is still relatively high, compared to the development of traditional systems, but the 48V helps lower CO2 emissions, improves fuel economy on hybrid vehicles, and offer many drivability enhancements.

One thing is for certain, the shift is happening, and it is reshaping the industry at a rapid pace. Most major automakers already introducing such technologies on their new cars.

Automakers Move Into The Insurance Business Thanks To Connectivity

In face of federal inaction, California gets five automakers to cut CO2