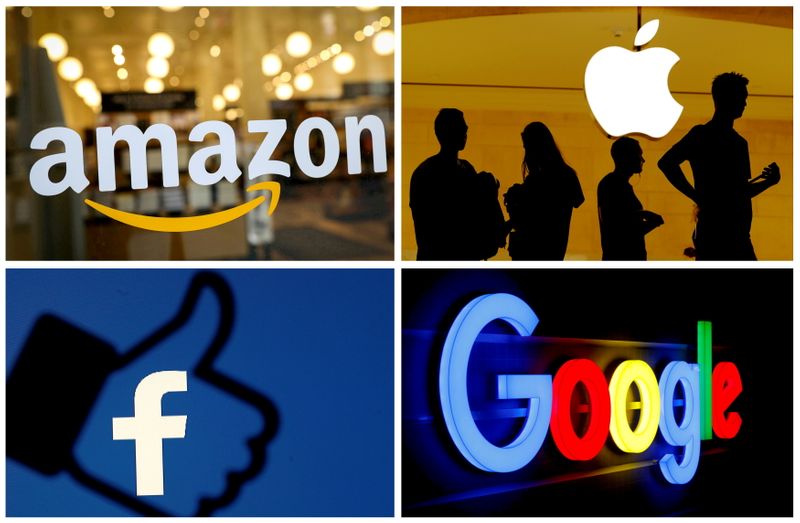 With the approval during a marathon, partisan hearing, the more than 400-page staff report will become an official committee report, and the blueprint for legislation to rein in the market power of the likes of Alphabet (NASDAQ:) Inc’s Google, Apple Inc (NASDAQ:), Amazon.com Inc (NASDAQ:) and Facebook Inc (NASDAQ:).

The report was approved by a 24-17 vote that split along party lines. The companies have denied any wrongdoing.

The report first released in October – the first such congressional review of the tech industry – suggested extensive changes to antitrust law and described dozens of instances where it said the companies had misused their power.

“Amazon, Apple, Google, and Facebook each hold monopoly power over significant sectors of our economy. This monopoly moment must end,” Cicilline said in a statement. “I look forward to crafting legislation that addresses the significant concerns we have raised.”

The first bill has already been introduced. A bipartisan group of U.S. lawmakers led by Cicilline and Senator Amy Klobuchar introduced legislation in March aimed at making it easier for news organizations to negotiate collectively with platforms like Google and Facebook.

Also in the Senate, Klobuchar introduced a broader bill in February to strengthen antitrust enforcers’ ability to stop mergers by lowering the bar for stopping deals and giving them more money for legal fights.

The Cicilline report, whose origins were bipartisan, contained a menu of potential changes in antitrust law.

Despite their ire, most Republicans have not backed the report’s proposed changes in antitrust law but instead discussed stripping social media companies of legal protections they are accorded under Section 230 of the Communications Decency Act. The law gives companies immunity over content posted on their sites by users.

Suggested legislation in the report ranged from the aggressive, such as potentially barring companies like Amazon.com from operating the markets in which they also compete, to the less controversial, like increasing the budgets of the agencies that enforce antitrust law – the Justice Department’s Antitrust Division and the Federal Trade Commission.

The report also urged Congress to allow antitrust enforcers more leeway in stopping companies from purchasing potential rivals, something that is now difficult.

Get Bharat Biotech to share vaccine manufacturing tech with other WHO prequalified pharma cos: Ghulam Nabi Azad | India News