Editor’s Note: Morning Defense is a free version of POLITICO Pro Defense’s morning newsletter, which is delivered to our subscribers each morning at 6 a.m. The POLITICO Pro platform combines the news you need with tools you can use to take action on the day’s biggest stories. Act on the news with POLITICO Pro.

— The U.S.-brokered agreement between Israel and UAE could offer new opportunities for security cooperation.

— Military tensions heat up again between Turkey and NATO nations over Ankara’s “illegal” drilling actions in the eastern Mediterranean.

— Secretary of State Mike Pompeo says Russia was warned there “will be an enormous price to pay” if they pay Afghan militants to kill U.S. troops.

HAPPY FRIDAY AND WELCOME TO MORNING DEFENSE, where we got a reminder that the “clean sheet” approach the new Space Force is taking also means it can ball it up, toss it in the trash, and start again. Like this misfire from the nascent branch’s recruiting efforts. “How would you even begin to explain this Space Force tweet?” asked New York magazine. For the Space Force, Task and Purpose reports, “it was a clumsy attempt to talk about the future…’ For Twitter, it was a field day. And not sure about you, but our kids know how to “shape the strategic environment” far better than we do. Tips: [email protected], and follow on Twitter @bryandbender, @morningdefense and @politicopro.

A message from Northrop Grumman:

We revolutionized long range strike with the B-2. Now, we’re Defining Possible again with B-21 Raider. Drawing on decades of stealth expertise, we’ve created a platform ready to dominate the battlefields of tomorrow. Learn more about how B-21 Raider is Defining Possible.

Heading home: The Senate is now expected to recess until Labor Day, after technically remaining in session an extra week, though most senators went home last week. The House has already left for the rest of August and the first two weeks of September.

Braithwaite, who’s kept a low profile since he was confirmed in May, is slated to testify on Sept. 23 on Navy and Marine Corps readiness alongside Chief of Naval Operations Adm. Michael Gilday and Marine Commandant Gen. David Berger.

‘WE WON’T TOLERATE THAT’: “Secretary of State Mike Pompeo has acknowledged that he and U.S. military leaders warned Russian officials against offering bounties to militants for killing American and coalition troops in Afghanistan, more than a month after President Donald Trump dismissed reports of the payments as a ‘hoax,’” our colleague Lara Seligman reports.

Pompeo said he told his Russian counterpart that if Moscow is offering money to kill Americans or other Westerners, “there will be an enormous price to pay,” according to a State Department transcript of a Wednesday interview with Radio Free Europe. “That’s what I shared with Foreign Minister [Sergey] Lavrov. I know our military has talked to their senior leaders as well. We won’t brook that; we won’t tolerate that.”

Pompeo’s comments mark the first time a senior member of the administration has publicly acknowledged discussing the bounties, first reported by The New York Times in June, with the Russian government. By contrast, Trump said in a recent interview with Axios that he never confronted Russian President Vladimir Putin about the matter.

The top U.S. general in the Middle East told reporters that he’s skeptical over the intelligence that bounties had been paid. “I found it very worrisome. I didn’t find that there was a causative link there,” Gen. Frank McKenzie, head of U.S. Central Command, said in early July.

‘THE ICE HAS BEEN BROKEN’: “President Donald Trump on Thursday announced that Israel and the United Arab Emirates will normalize diplomatic relations, hailing the news as a major breakthrough that will ‘advance peace in the Middle East,’” POLITICO’s Max Cohen and Nahal Toosi report.

“By uniting two of America’s closest and most capable partners in the region, something which [was] said could not be done, this deal is a significant step towards building a more peaceful, secure, and prosperous Middle East,” Trump said in the Oval Office. “Now that the ice has been broken, I expect more Arab and Muslim countries will follow the United Arab Emirates’ lead.”

The announcement was also seen as a victory in easing tensions between Israel and the Palestinians. Israel also pledged to shelve for now plans to annex parts of the West Bank where it has constructed settlements.

The president’s allies hailed the breakthrough, which seeks to further isolate a common enemy in Iran. But Jonathan Schanzer, senior vice president for research at the Foundation for Defense of Democracies, told Morning D the deal “is cementing what we already know about the way that the region is aligning.”

Sunni Arab states and Israel have grown increasingly aligned — at least unofficially — to check Iranian aggression across the region. And Israel and the UAE have held diplomatic visits in recent years and participated in joint military exercises.

“There is a lot already happening under the table,” Schanzer said. “The tracks have been laid for years on this. It was an open secret. Everyone knew Israel and the UAE had a relationship. The question now is how it manifests itself.”

Read more varied reaction to the deal, via Reuters. 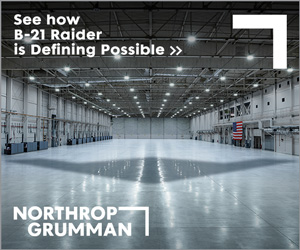 Sens. Bob Menendez of New Jersey, the top Democrat on the Foreign Relations Committee, and Chris Van Hollen of Maryland, a member of the Senate Appropriations’s State, Foreign Operations, and Related Programs subcommittee, called on Pompeo to “immediately begin to work with the European Union on a coordinated response to Turkey’s increasing provocations and illegal actions.”

“The United States and the European Union should immediately develop a plan of comprehensive joint sanctions that would be imposed on key sectors of the Turkish economy if Turkey continues to pursue illegal actions in the Eastern Mediterranean and refuses to resolve these matters through an impartial international tribunal,” they wrote.

Ankara and Athens have a long history of military confrontations and the latest actions have set off alarm bells about a potential conflict. “It’s been awhile since NATO members Turkey and Greece have been at war, but don’t rule out at least a skirmish or two,” Simon Henderson of the Washington Institute for Near East Policy, writes in The Hill.

A COMMON FRAMEWORK FOR NORTH KOREA: Thirteen progressive and anti-war advocacy groups are urging the next administration to commit to greater diplomatic engagement with North Korea.

They also proposed a series of principles to guide North Korea policy — including seeking shared goals rather than “all or nothing” disarmament for sanctions relief, pursuing a formal agreement to end the Korean War, opening liaison offices in Washington and Pyongyang, and continued repatriation of POW/MIA remains and reuniting divided North Korean families.

‘WHAT WE NEED IS THE FEEDBACK’: Pentagon acquisition chief Ellen Lord said Thursday that smaller companies should be more vocal about whether accelerated progress payments are trickling down to them from prime contractors, our colleague Jacqueline Feldscher reports.

Critics have argued that the boost in progress payments during the coronavirus epidemic mostly benefit the biggest defense contractors. Lord said hearing directly from small businesses that they are receiving that money as intended will help the accelerated payment rate become permanent.

“What we need is the feedback from the smalls especially, as well as mid-tier companies, saying ‘This was flowed down to us. We received it, it made a difference,’” Lord said.

A message from Northrop Grumman:

Just over 30 years ago, we revolutionized long range strike with the launch of the B-2, the world’s first stealth bomber. Now, we’re Defining Possible again with the B-21 Raider. Intended as the premier bomber for the US Air Force in the 21st century, the B-21 Raider is no ordinary aircraft with no ordinary mission. Drawing on decades of stealth and strike experience, we’ve created a powerful, flexible platform ready to win today and dominate the battlefields of tomorrow. Learn more about how the B-21 Raider is Defining Possible.

— India announces ban on 101 imported arms. Who benefits, who loses out? Defense News

— Robert Gates on the ‘The Scowcroft Model’: Foreign Affairs

Africa’s growing criminalization of the opposition

Hoover boutique taking gameday fashion to the next level