Tom Colicchio wants to tell me a story.

The year is 2007 and Colicchio has just opened Craft LA. Having been in the restaurant business for a while, the chef had established a friendly rapport with Pulitzer Prize-winning food critic and Los Angeles icon Jonathan Gold, and yet hadn’t received a review for the restaurant from the writer, then working at L.A. Weekly.

So Colicchio waited. For years. And not only did Gold never review Craft LA, but it never appeared on his list of 100 best restaurants in L.A. The restauranteur was flummoxed.

“Finally, after years of this, I called him up,” Colicchio said during a recent phone interview. “I called him up and I said, ‘Jonathan, what happened here? Did something happen?”

The answer was yes. Something had happened. And here’s what it was:

Gold told Colicchio that he had gone to Craft LA, ordered, received his food, took a bite and found a piece of glass. He informed the waiter and nothing happened. It was never addressed. No one said a thing.

Colicchio was mortified. But what stayed with him was what Gold told him next.

It’s a story indicative of Gold’s legacy, both in L.A. and beyond: The idea that you can do so much more good if you focus on lifting up the things you love, than tearing down things you don’t.

It doesn’t feel like much of a stretch to say that the spirit of Gold’s work infused the whole of the 17th season of Bravo’s “Top Chef.” The critically-acclaimed competitive cooking show returned to Los Angeles in earnest for the first time since the second season, some 14 years earlier. (In 2005-06, Season 13 would be held in California, which included, but was not limited to, some challenges in L.A.) 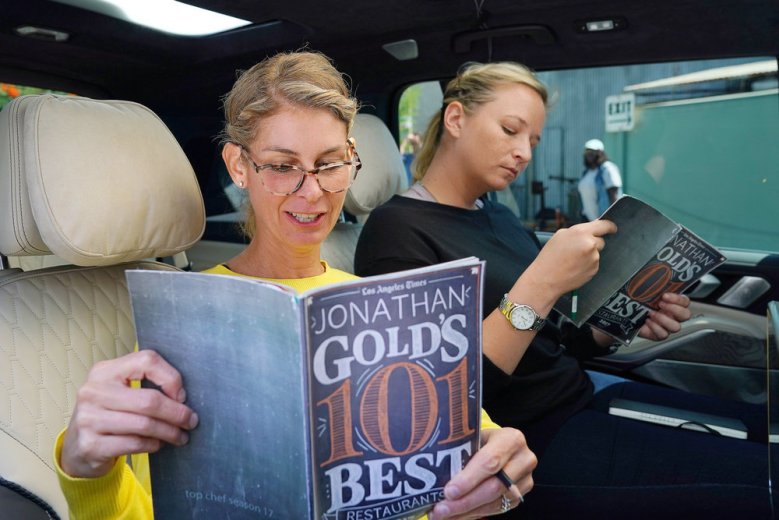 And the legacy of the man himself, who died of pancreatic cancer in July 2018, was celebrated in the second episode of the season, “The Jonathan Gold Standard,” that allowed the competing chefs to visit many of Gold’s favorite local restaurants — many of them hole-in-the-wall, mom and pop joints — that would have languished without the culinary champion they found in the Los Angeles Times critic.

“When you think about food in Los Angeles, for so long you looked to the Gold’s guide of where to go, because he went everywhere and he was honest and it wasn’t always about the most high-end, fanciest food,” said executive producer Doneen Arquines, who started with the show as a producer’s assistant in 2005 before working her way all the way up the ladder. “Obviously, when he passed, that was a big loss for the city, and so to be able to highlight that and do a tribute, it just felt right.”

Plus, Gold’s sense of celebration of the diverse offerings of Los Angeles restaurants served as a perfect framing device through which to view the city’s often eclectic, misunderstood food scene. “With ‘Top Chef,’ one of the things that we always hear from fans is they love to learn something about a food scene in a place maybe they didn’t know, or hadn’t been to,” Bravo’s senior vice president of current product Ryan Flynn told IndieWire. “Los Angeles in many ways can be a little bit harder than say Colorado, or even Kentucky, where people may not have exposure and so they’re curious. I think you get a lot of people like, ‘Oh, L.A. I know L.A.’”

“And so, it was about discovering what makes Los Angeles unique,” he continued. “I think we did a pretty good job.”

Coupled with the positive energy that radiated out of each episode, Season 17 was also an opportunity for audiences to celebrate the return of some their favorite competitors. It was an All-Star season featuring 15 of the show’s most esteemed cheftestants returning to display just how much they’d grown in the years hence. 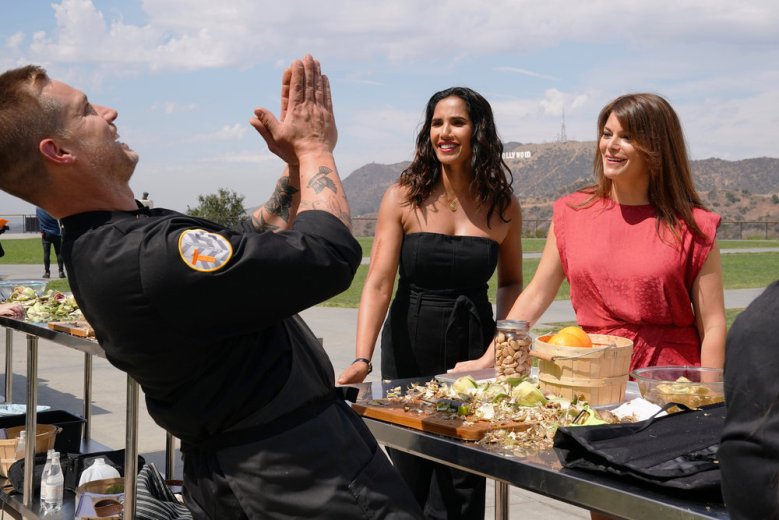 “If you were somebody who watched ‘Top Chef,’ you were already familiar with all of these people,” longtime host Padma Lakshmi said. “And you had, whether you like them or not, you had a fully formed emotional connection to the contestants from day one.”

But this season was something more than just offering up familiar faces, Lakshmi contends. It was special. For Lakshmi, who recently launched a new series with Hulu, “Taste the Nation,” focused on American food and the people who create it, each season’s group of contestants bring with them their own vibe.

“But I think that [in this season] there was a beautiful mood, for lack of a better word, and also beautiful relationship and energy between the cast members themselves,” she continued.

Maybe it’s silly to suggest that a show with 32 Emmy nominations through its 17 season run is underrated, but with only two overall wins, one from 2008 for Outstanding Picture Editing for Reality Programming and one from 2010 for Outstanding Reality Competition Program, arguing such a claim for “Top Chef” only seems natural.

So why hasn’t the show seen more Emmy success? Is it possible we’ve taken all those quickfires for granted?

After weeks and months of rewatching comedy favorites — two and a half times through “30 Rock,” once most of the way through “The Office,” once through “New Girl,” and twice though “King of the Hill” (to mention a few) — my pandemic viewing habits finally regressed to their original form and I returned to the realm of the competitive cooking show. 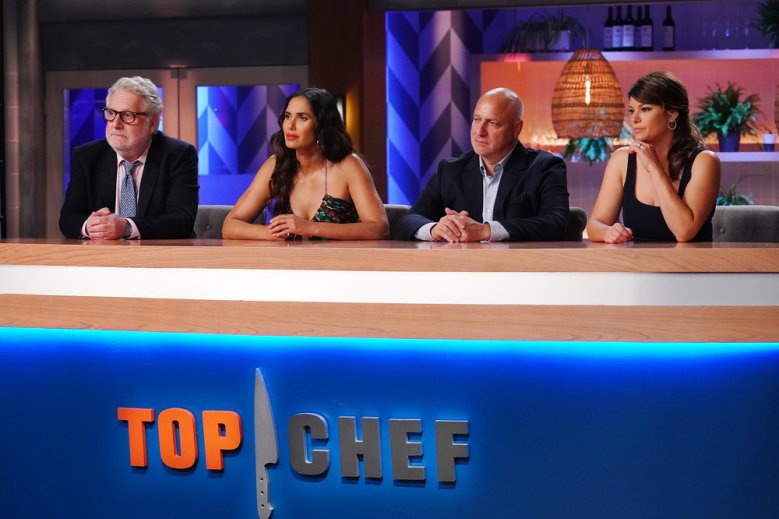 Years ago, I was really into the genre. Like, really into it. When I relapsed during lockdown, I started with inferior series that shall not be named so as to preserve my self-respect. But it was once I returned to my true love, Bravo’s “Top Chef,” that I remembered the soothing nature of passionate individuals whose only endeavor is to make great food for judges who only want the best for them.

And after revisiting so many old seasons of the show, finally watching Season 17 was a joyous experience, potentially the best season the series has ever produced.

But the thrill of the latest season didn’t just come from quality, it came from comfort. In the depths of the most tumultuous months in recent history, “Top Chef” offered a glowing hearth full of familiar faces to shelter fans from the storm.

“I do feel like people were coming back to it, but also just looking at it through a new lens. The things we take for granted, being able to go to a restaurant and to eat around people, that experience of being together and sharing a meal, you can’t do that anymore,” Arquines said. “So it was actually nostalgic for people to be like, ‘Oh my God, wouldn’t it be so nice if we could go to a restaurant right now.’ It was escapist in a way.”

Lakshmi saw the events the unfolded at the beginning of 2020 as setting the perfect table for audiences to rediscover their love of the series.

“There was a critical mass of things that came together perfectly. One was, unfortunately, the pandemic and everyone being home, but another was that because we couldn’t go to restaurants or couldn’t go out, we kind of lived vicariously through the show in some way,” she explained. “But I think a third thing happened, which is because this was an All-Star season, you didn’t need a few episodes to get to know all the chefs, and pick out your favorite, and start to root for them. … and I also think this season was just really great.” 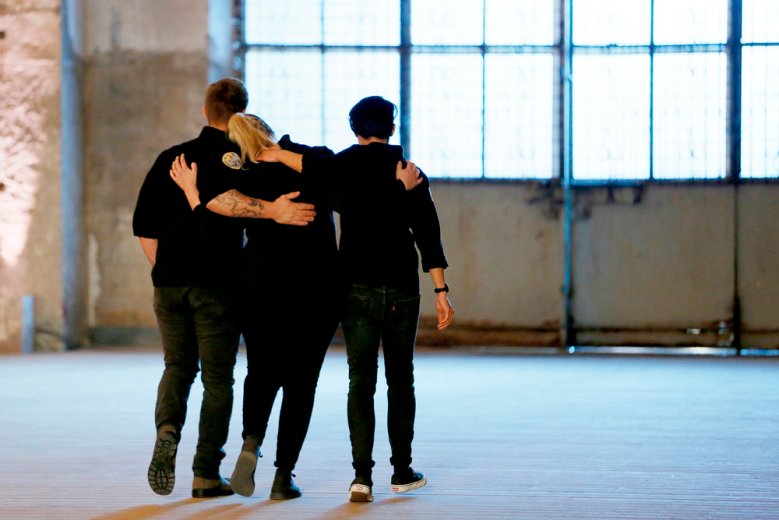 There is, of course, another reason to take this moment in time to celebrate “Top Chef.” Because we’re not sure when we’ll have another chance. Everyone involved with the series is confident there will be more “Top Chef” in the future, but because of the ongoing pandemic, it’s unclear what shape future seasons will take.

“We’re a large crew, so we have to figure out how to work around that,” Arquines said, acknowledging that there are already many shows that have resumed filming, largely because they exist primarily on a sound stage or in a single location. “Our show really leans in on the real world and restaurants and locations. I don’t think ‘Top Chef’ would be as fun if it was just in the studio.”

For Flynn, moving forward “Top Chef” will do what “Top Chef” has always done, no matter how different that means the show will look. “We’ve always strived to not just tell you, but show you the food world as it is now. That’s always been the case, pandemic or not,” he said. “We’ve always done that, and given the pandemic and the state of the restaurant industry, it’s more important than ever.”

I want to tell you a story.

There was a moment a few months ago, deep enough into the Los Angeles pandemic lockdown that restaurants had reopened their kitchens for takeout, that my wife and I decided it was time to belatedly celebrate my birthday, courtesy of Mozza2Go.

Through a banal combination of events involving parking restrictions and limited desserts, we ended up consuming our celebratory meal in the parking lot of a Pavilion’s about a mile away. It was great. Even better, perhaps, was my wife forgoing our tiny, shared butterscotch budino and opting instead to hit a taco truck parked on the corner.

She came back with tacos she swore were the best thing she had eaten in months, better even than Nancy Silverton’s high-end pizza, and I believed her. Masks off, we rolled down the windows as dusk spread across a sedate city.

It was, perhaps, the most L.A. meal we’ve ever had.

Jonathan Gold would have been proud.

The true cost of the climate crisis on Japan

US election result is in doubt, but one thing’s for sure: The economy will...