Texas Tech announced Tuesday that Krista Gerlich, a former Lady Raiders assistant coach and player who helped the program win its only national championship in 1993, will be the new women’s basketball coach.

Gerlich has been the head coach at UT-Arlington the past seven seasons, where her 121 victories are the most in program history. She replaces Marlene Stollings, who was fired earlier this month after a newspaper report detailed claims from players of a toxic culture rife with incidents of emotional abuse from Stollings and her staff over the past two years.

“I can’t put into words how excited I am to be entrusted with rebuilding the Lady Raider basketball program, which is near and dear to my heart,” said Gerlich, whose No. 21 jersey was retired by the school in 1993, said in a statement. “I can’t wait to get to work on taking this program back to where it’s supposed to be, where it has been and where everyone in the Texas Tech community expects it to be.”

Gerlich was an All-Southwest Conference players for the Red Raiders and was named to the Final Four all-tournament team after the 1993 championship. She still ranks third in school history in assists (553).

Gerlich spent three seasons as Texas Tech as an assistant under coach Marsha Sharp from 2003-2006. She then got her first head coaching job at Division II West Texas A&M. She has a 289-147 career record.

Two weeks ago, USA Today reported claims of abuse and a toxic culture under former head coach Marlene Stollings, who went 31-27 in two seasons after being hired from Minnesota. Among the accusations by 10 players:

A heart monitoring system for practice and games that was used to admonish players.

Charges of harassment against former strength and conditioning coach Ralph Petrella, who resigned in March. He has denied the accusations. Hocutt said all Title IX allegations are handled by the school, not the athletic department.

Retaliation with hard practices after players voiced their complaints to the Tech athletic administration, including senior women’s administrator Judi Henry.

Twelve players exited the program under Stollings before she was fired Aug. 6. 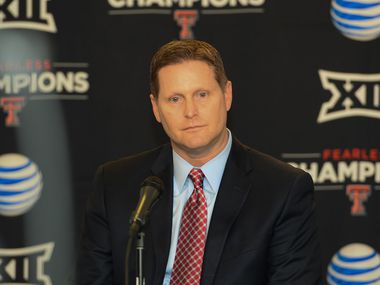 Coding, hacking, vlogging — how tech is changing your everyday language

Understanding the Shift to 48V Systems Happening in the Automotive Industry

The last thing investors need is a contested election