From its origins as a book, ‘Status Single With Shree’ by Sreemoyee Kundu is now a series of online conversations featuring inspirational women who defy conventions

Kamla Bhasin is not too happy with the term ‘single women’. How are we single, she asks, when we are living with our friends or siblings, taking care of our parents or children?

The developmental feminist-activist and poet was in conversation with Sreemoyee Piu Kundu to kick off the second season of Status Single with Shree, a series of online conversations around women without partners, who are an inspiration to the host. The first episode was aired on September 10 (World Suicide Prevention Day). Kamla herself had lived with a man with bipolar disorder, and spoke of her daughter who died by suicide in London. 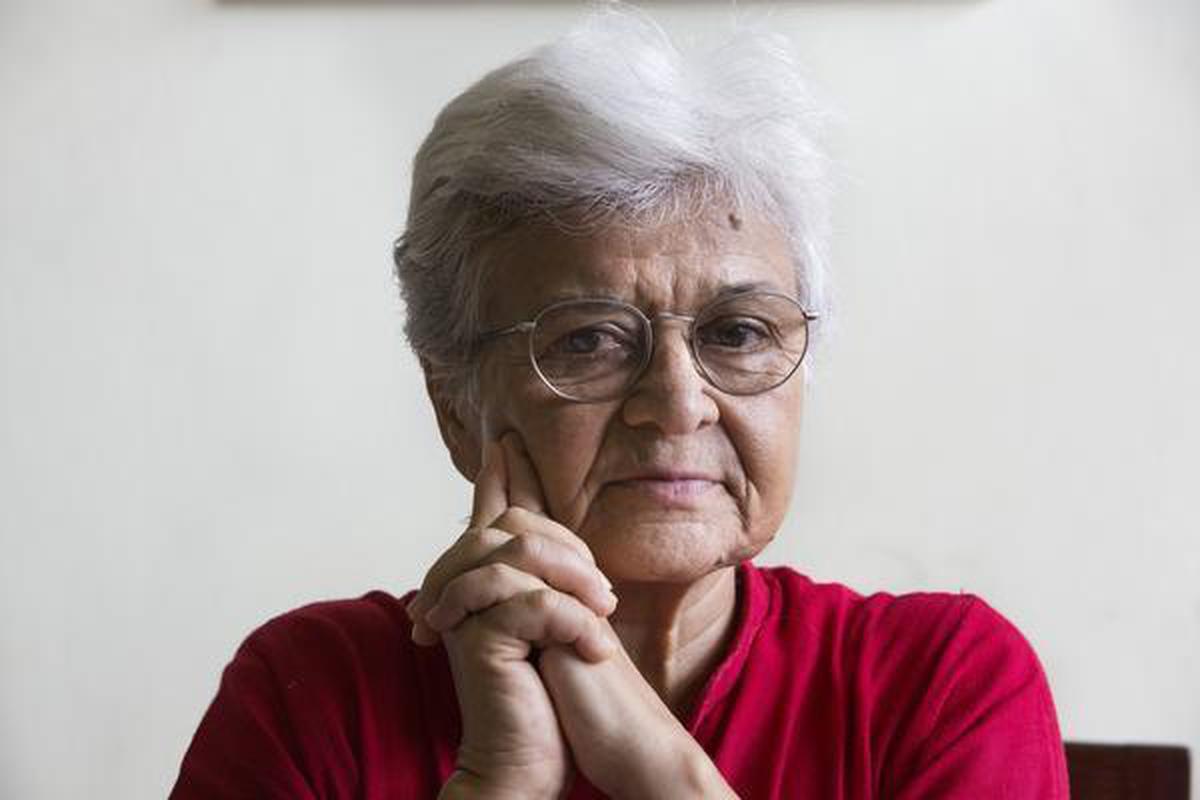 “Mona is a single mom by choice. Her candidness about the place of middle-aged women actors in mainstream popular culture has led to many intense conversations,” says Sreemoyee. Sreela, whom she met at a CII summit, lives alone in Kolkata, defying stereotypes about people with disabilities. Status Single started out as a book authored by Sreemoyee in 2018, and comprises interviews with single women — unmarried, divorced, widowed, separated and abandoned — from across India.

“I myself had been discriminated against when it came to finding housing, and had been judged by gynaecologists,” says Sreemoyee, explaining the reason there needs to be a community of women picking each other up.

Her divorced friends, she adds, were quickly pushed back into the dating world or ‘second shaadi’. Many kept their marital status discreet in offices for fear of being judged or vilified. “While writing the book, Section 377 had not been read down yet. So I had also seen the angst among members of the LGBTQIA community who could not have legal partners. Plus, there were single women with disabilities who as it is are not considered a visible part of the society,” she says.

“After the book came out, I had many women reach out to me. Some had quit working because they had children, and now their marriages were floundering and they needed financial independence to afford lawyers and fight for child custody. Some were being cheated out of their inheritance by married siblings,” she adds.

With a Facebook and WhatsApp group in place, she hopes that Status Single will be a meeting ground for single women of all ages and communities; there are 74 million of them in India today, she points out.

With the lockdown, and the ensuing bad economy with its paycuts and layoffs, the struggle amplified. “Working women with disabilities were stuck at home without any caregiving facilities. Older single women whose children live abroad found themselves dependent on their security guards and kind-hearted neighbours,” she says. This led to her starting the first season of Status Single with Shree with the format focussed on a different cause each time: from access to help for single mothers, to women entrepreneurs, and post Sushant Singh Rajput’s death, on men, their mental health and the assumed role of women as caregivers.

“Back then I was getting invited to a lot of webinars and most of them encouraged fake positivity. I wanted to have a sustained dialogue that offered solutions,” she says.

The first season of Status Single with Shree started in March and continued fortnightly until August. The second, also comprising 10 episodes, is more personal. Will there be a third season? “Somebody suggested I speak with ‘Men who inspire me’. Now there is a wave of feminist fathers (Thappad, Gunjan Saxena), so I might do that.”

You have reached your limit for free articles this month.

Find mobile-friendly version of articles from the day’s newspaper in one easy-to-read list.

Move smoothly between articles as our pages load instantly.

Enjoy reading as many articles as you wish without any limitations.

A one-stop-shop for seeing the latest updates, and managing your preferences.

A select list of articles that match your interests and tastes.

We brief you on the latest and most important developments, three times a day.

*Our Digital Subscription plans do not currently include the e-paper ,crossword, iPhone, iPad mobile applications and print. Our plans enhance your reading experience.

This Is the Safest “Recovery” Stock to Buy This Week

Buy Nikola Stock. It’s When, Not If, Hydrogen Tech Is Adopted.

Automotive Lightweight Materials Market Size to Hit US$ 115.37 Bn by...