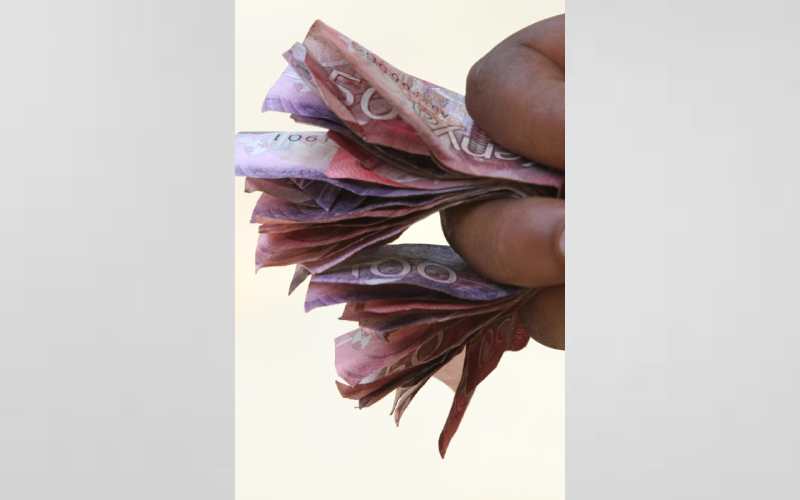 The government printed a record Sh15 billion in the seven days to September 25 as pressure mounted on Treasury to finance an expansive budget.

Data from the Central Bank of Kenya (CBK) shows that by September 25, the government had received an overdraft facility of Sh46 billion from CBK, an increase from Sh31.3 billion a week before.

It is one of the biggest overdrafts that the government has taken from the CBK in a week and came at a time when the National Treasury was under pressure to make some interest payments.

With an overdraft facility, CBK simply credits money into the government’s coffers, a feature that is technically referred to as printing money.

If not done carefully such a move could result in high inflation, increase in prices of products in the economy as more money chases fewer goods and services.

Printing more money doesn’t increase economic output – it only increases the amount of cash circulating in the economy.

If more money is printed, consumers can demand more goods, but if firms have still the same amount of goods, they will respond by putting up prices.

The National Treasury, whose finances have been negatively impacted by the outbreak of the coronavirus disease, has been forced to borrow a lot of money from the domestic market to help the economy recover.

Although there have been faint voices for increased printing in the face of the Covid-19 crisis, the government has steered clear and in fact, paid all its overdraft facility by end of July.

By the end of the 2019/20 financial year, the government’s overdraft facility stood at Sh47.1 billion, an increase from Sh57.3 billion.

“Section 46(3) of the Central Bank of Kenya Act sets the limit of the government of Kenya’s overdraft facility at the Bank at five per cent of the Gross Recurrent Revenue as reported in the latest Government of Kenya audited financial statements,” said CBK in its financial report.

Interest is charged at the Central Bank Rate, currently at seven per cent.

Printing of money went overboard in the Kanu era in the early 1990s, a period that was also characterised by high inflation.

In 1997, CBK converted the government of Kenya overdraft facility that exceeded statutory limit into a loan at three per cent interest repayable by 2039. This loan is guaranteed by a deed executed by the Cabinet Secretary of The National Treasury.

With reduced tax revenues, the government has been forced to go on a borrowing spree. When you include grants, the budget hole to be plugged with loans is expected to rise to Sh951 billion from the earlier estimate of Sh841 billion in the financial year ending 2021.

This deficit will be plugged through both local and foreign borrowing of Sh554 billion and Sh397 billion respectively.

Luckily for government, most of the loans it has so far received have been cheap with a long tenor and grace periods as well as low-interest rates.

The loans have mostly come from multilateral institutions such as the World Bank, International Monetary Fund and the African Development Bank.

The government in the year ended June 30, 2020, took Sh47 billion on its overdraft facility and another Sh21 billion loan that brought the total to Sh68.9 billion owed to CBK.

Is TCOM A Good Stock To Buy Now According To Hedge Funds?