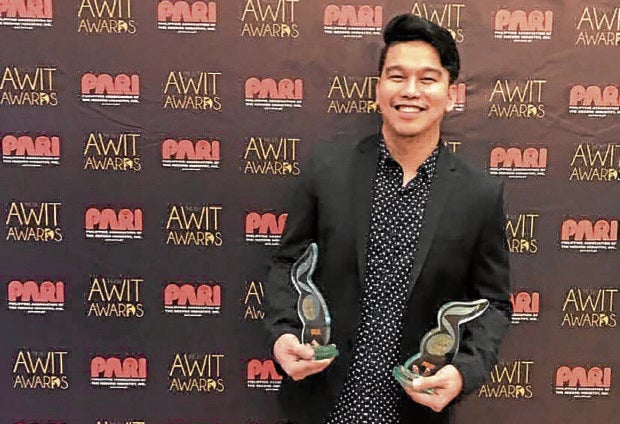 For Rox Santos, one of the challenges of heading StarPop—ABS-CBN Music’s sublabel that focuses on young artists and the Gen Z market—is producing songs that aren’t just ear-pleasing, but also have the potential to be repurposed for different digital platforms and social media trends. “That’s the goal, for the young artists in my roster to connect with their audience, who are of the same age, by releasing music they can all have fun with,” the record label executive said in an email to the Inquirer. These days, it’s not uncommon to see songs achieve mainstream success, after being used for TikTok challenges or memes.

“We want to put out music that will allow them to establish virtual connections and share experiences on digital platforms through music-related challenges with singing, dancing and other memeable elements weaved together,” pointed out the songwriter-producer. Take Kim Chiu’s “Bawal Lumabas (The Classroom Song),” which was released by StarPop in May 2020, in part, to poke fun at the actress who went viral after making a rambling statement comparing the ABS-CBN shutdown to classroom dynamics. The song went viral, amassing millions of views and spawning a TikTok challenge that internet stars like Mimiyuuh took part in. Under Santos, StarPop produced hits for some of the most popular young celebrities today. In fact, eight of ABS-CBN Music’s 16 most- watched YouTube videos last year were from StarPop and featured the likes of Andrea Brillantes, Kyle Echarri, Justin Vasquez, Jem Macatuno and Francine Diaz.Other artists in StarPop’s lineup include Elisse Joson, Heaven Peralejo, Idolls, Ivana Alawi, Jeremy G., Kokoy De Santos, Lance Busa, Loisa Andalio, Maymay Entrata and Vance Larena.

Meanwhile, asked what he thinks makes a song click with today’s listeners and if they prefer specific types of styles, Santos said: “The younger generation are always partial to upbeat songs. They don’t connect well yet with ‘hugot’ type songs. It’s reflective of the songs the younger demographic enjoy on TikTok and other social media platforms.”

The year 2020 was difficult, not only because of the COVID-19 pandemic, but also because of the nonrenewal of ABS-CBN’s franchise. But still, Santos is thankful that their music business model has already shifted to digital prior to those two events—this allowed them to continue producing new music. “No one was prepared for this, but it’s a blessing that we had already made preparations,” said Santos, who has also written and produced songs for such artists as Daniel Padilla, Regine Velasquez, Moira dela Torre, Vice Ganda, Angeline Quinto, Jaya and Martin Nievera. “This 2021 looks hopeful … A lot of adjustments were made here and there but … there’s nowhere to go but toward progress and growth. We move forward,” he added.

And aside from pop songs, Santos also cowrote songs like Vice Ganda’s “Corona Ba-Bye Na!” and Trisha Denise’s “Liliwanag,” which hopes to uplift the spirits of Filipinos and coworkers at the Kapamilya network. “My hopes are for us to be better and stronger post-pandemic, and for ABS-CBN to regain its franchise,” he said. “I will always be grateful for the opportunities … And we hope to continue giving world-class entertainment.”—ALLAN POLICARPIO INQ