Music streaming giant Spotify is the latest tech firm to announce that it will allow its employees to work from home until at least the end of 2020 as countries begin to lift the coronavirus lockdown.

‘Yesterday, we announced the extension of our work-from-home arrangement for all Spotify employees globally,’ a company spokesperson told DailyMail.com.

‘We will continue to track local government guidelines city-by-city and take a phased approach of opening our offices when we deem it safe to do so.

‘Our employees’ health and safety is our top priority.

‘No employee will be required to come into the office and can choose to work from home through the end of the year.’ 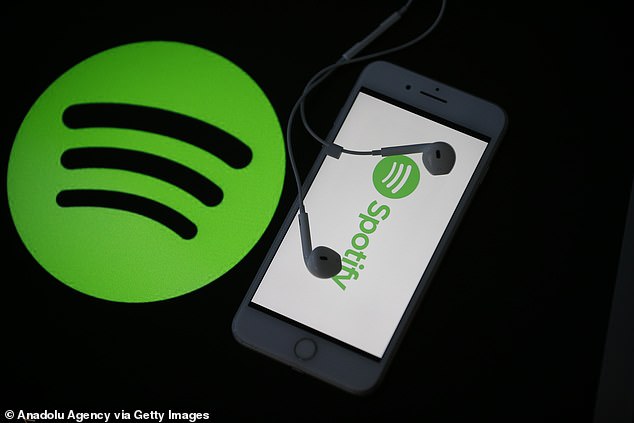 Spotify has confirmed that it will allow its 4,400-person workforce to work from home through the end of this year

The news was first reported by Music Business Worldwide.

Earlier this week, Facebook CEO Mark Zuckerberg announced that the social network would allow around half of its 45,000-person workforce to continue to work remotely for the next five-to-10 years.

But Zuckerberg also said that Facebook would reduce salaries for remote workers who are based in cities with lower cost of living.

In the immediate future, some 95 per cent of Facebook employees will be working from home through the end of 2020.

Google has also told employees who can work from home that they will continue to do so until at least January 1.

Both Google and Facebook plan to limit office capacity to less than 30 per cent in the months after they reopen their offices.

Google said it is planning a ‘staggered’ approach to returning employees to the office.

Amazon has told employees who can work from home that they will be allowed to continue to do so until at least October 2.

Last week, Twitter announced that it would give its employees the option of permanently working from home.

The outlier among tech giants is Apple, which has reportedly asked employees to start returning to the office as early as June.

Spotify, the Swedish company, says it employs 4,405 full-time people. It says it has offices in 79 countries and territories around the world. 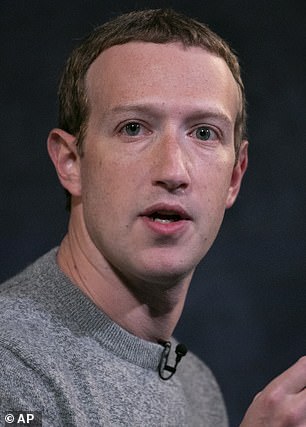 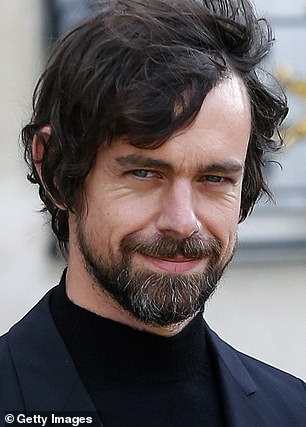 Around half of the workforce – 2,121 employees – are based in the United States.

The company has seen its stock price surge in recent days after it dropped a bombshell – announcing the signing of Joe Rogan to an exclusive deal that would see his popular podcast stream only on Spotify.

The Swedish online streaming giant confirmed Tuesday it had obtained the rights to The Joe Rogan Experience. The Wall Street Journal reported that the deal is valued at more than $100million.

This makes it one of the largest deals on record for a podcast.

The length of the deal has not been confirmed by the source, the Journal reported, but they said it would likely be worth more than $100 million based on milestones and performance metrics over several years.

The move will see all 11 years worth of Rogan’s shows move to Spotify on September 1 and become exclusive to the streaming giant by the end of 2020.

Rogan’s video podcasts will then no longer be available on YouTube.

Rogan, a comedian, TV host and mixed martial arts commentator, reassured his fans the podcast will stay the ‘exact same’ and that he will continue to have control over the show when the deal kicks in at the end of the year.

‘Starting on September 1 the podcast will be available on Spotify as well as all platforms, and then at the end of the year it will move exclusively to Spotify, including the video version,’ Rogan, 52, wrote in an Instagram post Tuesday. 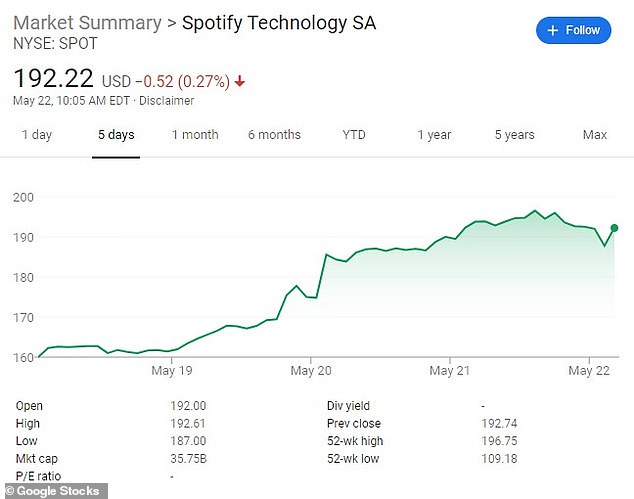 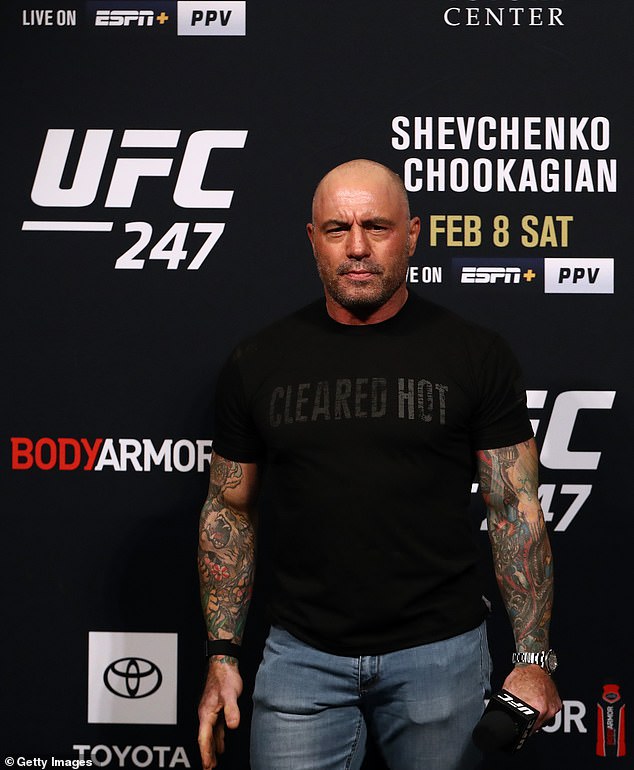 Joe Rogan (pictured in February) has struck a deal with Spotify worth more than $100million, giving the streaming giant exclusive rights to his podcast ‘The Joe Rogan Experience.’ 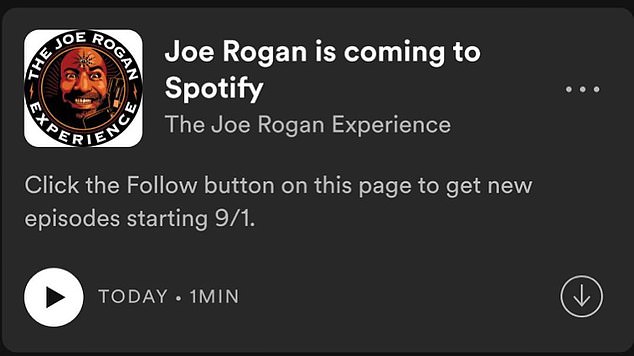 Spotify did not divulge how much it paid, but a source told the Wall Street Journal it plunked down more than $100 million in a multi-year licensing deal to snap up what is the most downloaded podcast in the whole of the US 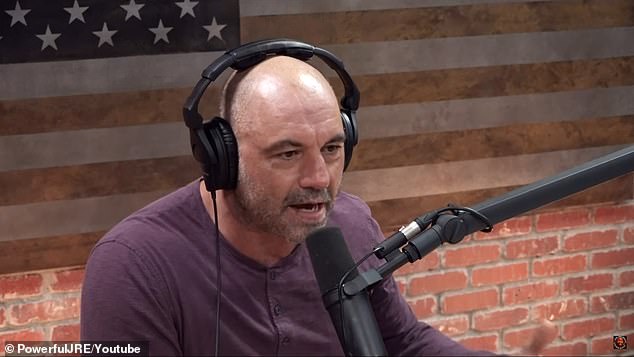 In this 2019 episode Rogan speaks to Democrat Bernie Sanders. His guests range from mixed martial artists to entrepreneurs, scientists, athletes and health advocates to celebrity actors

‘It will remain FREE, and it will be the exact same show. It’s just a licensing deal, so Spotify won’t have any creative control over the show. They want me to just continue doing it the way I’m doing it right now.’

He added: ‘We will still have clips up on YouTube but full versions of the show will only be on Spotify after the end of the year.

‘I’m excited to have the support of the largest audio platform in the world and I hope you folks are there when we make the switch!’

The podcast star previously dismissed the possibility he would hand over rights to the streaming giant, saying it doesn’t pay enough and he can make more money on YouTube.

Rogan began the show back in 2009, in the early days of podcasting, and has amassed a loyal following of fans.

In 2019, it was the most downloaded podcast on Apple devices and it regularly draws in more than one million views per episode.

In the free-flowing show, Rogan moves between comedian and former kickboxer and Taekwondo champion, with his guests ranging from mixed martial artists to entrepreneurs, scientists, athletes and health advocates to celebrity actors.

Global Market for Interactive Voice Response (IVR) Systems Expected to Grow at a COVID-19 Revised CAGR of 5.6% Through 2020-2027 – ResearchAndMarkets.com

SARAH VINE: With women in charge, hair salons would be the first businesses to...