She is descended from royalty, but Mount- batten scion Daisy Knatchbull is hoping to leave her own legacy.

The 27-year-old great-granddaughter of the 1st Earl Mountbatten of Burma has made history this week by becoming the first designer to have a women’s contemporary tailoring house, The Deck, with a shop front in London’s famous Savile Row.

‘I’m so proud to say The Deck is the newest kid on the block,’ says Daisy, who founded the label two years ago. ‘Words cannot describe how excited we are. A dream come true.’

She has become an influential figure in the historic area ever since working in a senior role at nearby Huntsman Savile Row — the tailor featured in the Kingsman films starring Colin Firth — which she says is ‘where I realised there was a huge gap in the market for tailoring for women’.

Pioneer: She is descended from royalty, but Mount- batten scion Daisy Knatchbull is hoping to leave her own legacy 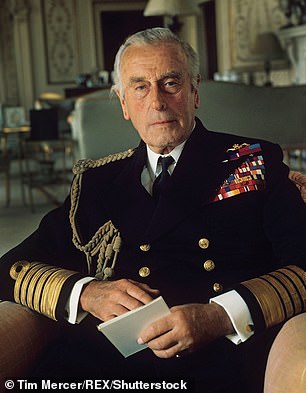 The daughter of Philip Knatchbull, boss of art-house cinema chain Curzon, made waves in 2017 when she defied convention at Royal Ascot by wearing a gentleman’s morning suit, complete with a top hat.

But her eye for style caught the attention of the Duke of Kent’s daughter Lady Helen Taylor, a former ambassador for Giorgio Armani, who was among her chief supporters at the label’s launch party in Belgravia last year.

‘Tailoring has historically been male-dominated, which discouraged women from entering — it simply wasn’t the obvious route for a woman who wanted to work in fashion,’ Daisy explains. ‘But we understand women’s bodies and can celebrate the curves.

‘There are things women may not want to talk about with a male tailor, such as body changes with the menopause. Personally, I am inspired by androgyny.’

She adds: ‘Our trouser-suits start at £2,200, which is a lot, but not far off what you would pay for a designer ready-to- wear one.’ 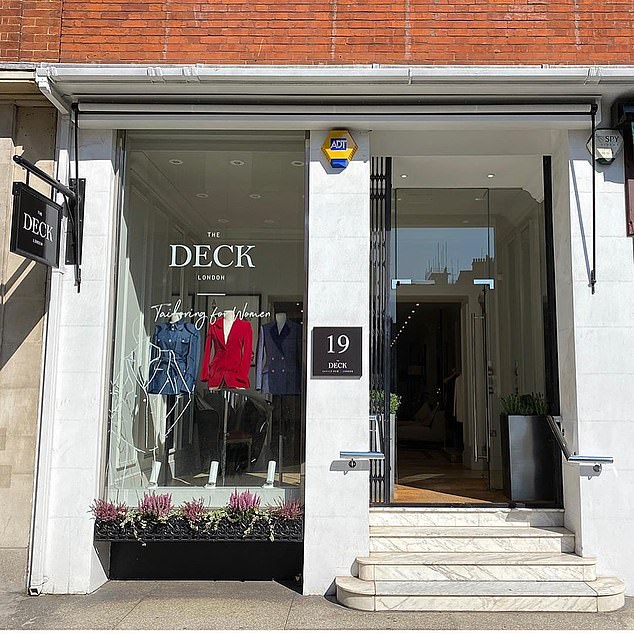 The 27-year-old great-granddaughter of the 1st Earl Mountbatten of Burma has made history this week by becoming the first designer to have a women’s contemporary tailoring house, The Deck, with a shop front in London’s famous Savile Row

A week before lockdown in March, the globe-trotting boss put his feet up on a £4,670 return flight to Delhi and enjoyed a £447 stay at the luxurious Taj Palace hotel, ‘spread out over six acres of lush gardens in the heart of India’s capital city’. Representing the BBC at the World Economic Forum’s January pow-wow in Davos, Switzerland, required a £2,240 chunk of the licence fee to stay at the Art Nouveau-style Schatzalp Hotel.

Lady Amelia Windsor is taking her plant-based diet to a new level. The Duke of Kent’s 25-year-old vegan granddaughter has developed a taste for the legal marijuana-derived chemical compound CBD. The natural substance imparts a feeling of relaxation and calm. Lady Amelia visited her local ‘zero waste delicatessen’ in West London at the weekend where she tucked into a vegan burger dressed with CBD sauce. It brings a whole new meaning to high society. 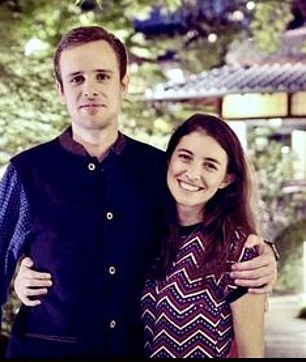 The Earl of Southesk and bride 30-year-old Camille Ascoli

An exquisite tiara of pavé diamonds set in white and yellow gold isn’t the sort of bauble you usually let out of your sight, yet Kensington Palace has done precisely that.

Happily, the disappearance of the Fife Fringe Tiara — loaned to the Palace for the past two years — was strictly temporary and definitely worth the risk. It was, I can disclose, returned to its owners, the Duke and Duchess of Fife, for their son the Earl of Southesk’s wedding at the family seat, Kinnaird Castle in Angus.

His bride — 30-year-old Camille Ascoli, a half-Italian/half-French Oxford graduate — wore the tiara, which was originally given to her husband’s ancestor, Princess Louise, daughter of Edward VII. It’s now, I’m assured, safely back at the Palace.

An exquisite tiara of pavé diamonds set in white and yellow gold isn’t the sort of bauble you usually let out of your sight, yet Kensington Palace has done precisely that

Gossipy former minister’s wife Sasha Swire seems to have been well prepared to reap the rewards of her controversial new memoirs. It can be revealed she set up a company to channel earnings from her ‘artistic creation’ in March this year as she put the final touches to her book, Diary Of An MP’s Wife.

The company is called Chaffcombe Ltd, named after the Somerset Village close to the former East Devon parliamentary constituency of her husband Sir Hugo Swire, an old friend of David Cameron.

Lady Swire claimed that Cameron once asked her not to walk in front of him, explaining the ‘scent you are wearing . . . makes me want to . . . push you into the bushes and give you one’.

Film star Robert Pattinson sent Hollywood into a spin when he tested positive for coronavirus while filming the new Batman film earlier this month.

Happily it seems the 34-year-old, who plays the caped crusader, is feeling much better after enjoying a romantic day out with his girlfriend, fellow actor Suki Waterhouse, yesterday.

The Harley Street plastic surgeon’s daughter, 28, sat on a bench in a park near their home in West London as she kissed Pattinson on the lips. 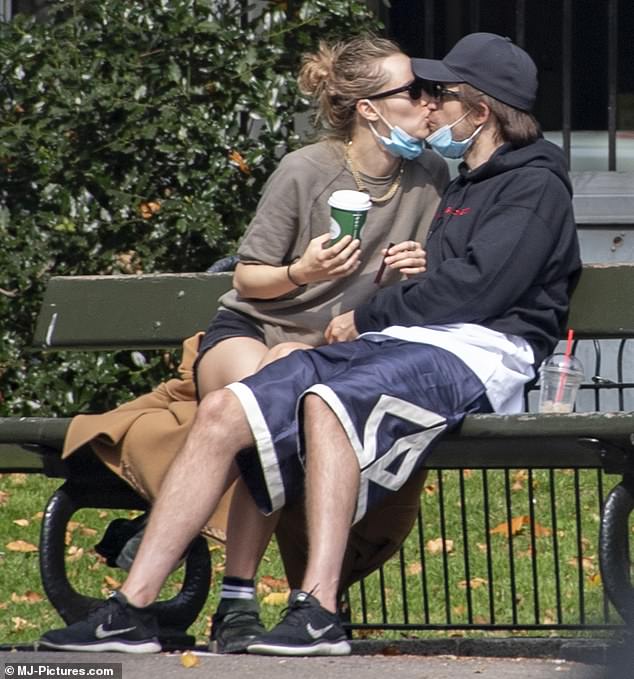 The 34-year-old, who plays the caped crusader, is feeling much better after enjoying a romantic day out with his girlfriend, fellow actor Suki Waterhouse, yesterday

Filming of The Batman was suspended in March because of the pandemic. Cameras had only been rolling again for a few days when Pattinson turned out to have the virus two weeks ago.

In the UK, those showing symptoms of the illness are required to self-isolate for at least ten days.

But The Batman director Matt Reeves has said that halting production for two weeks could cost £5 million, so he is trying to film as much as he can at the Warner Bros Studio in Hertfordshire without his leading man.

Suki, meanwhile, gets to enjoy hers.

Forget Air Miles Andy, the Duke of York’s new nickname should be Road Miles Andy. Yesterday, he set off in his Range Rover from Balmoral on the nine-hour journey back to his home in Windsor.

Beleaguered Prince Andrew had been staying with the Queen and Prince Philip, who were flown back from Scotland. It is thought he was keeping to a strict Covid bubble so he could meet up with his parents for key talks.

Love is an open book for Kristin

Dame Kristin Scott Thomas is happy taking on a supporting role in her real-life romance with journalist John Micklethwait.

The Four Weddings And A Funeral star, 60, reveals she has narrated the audiobook version of his new tome, The Wake Up Call, which looks at the challenges governments will face in a post Covid-19 world.

‘Something I’ve discovered this year is how much I enjoy doing audiobooks,’ says Kristin. ‘I love reading out loud. And this fascinating and funny little book is my first.’ 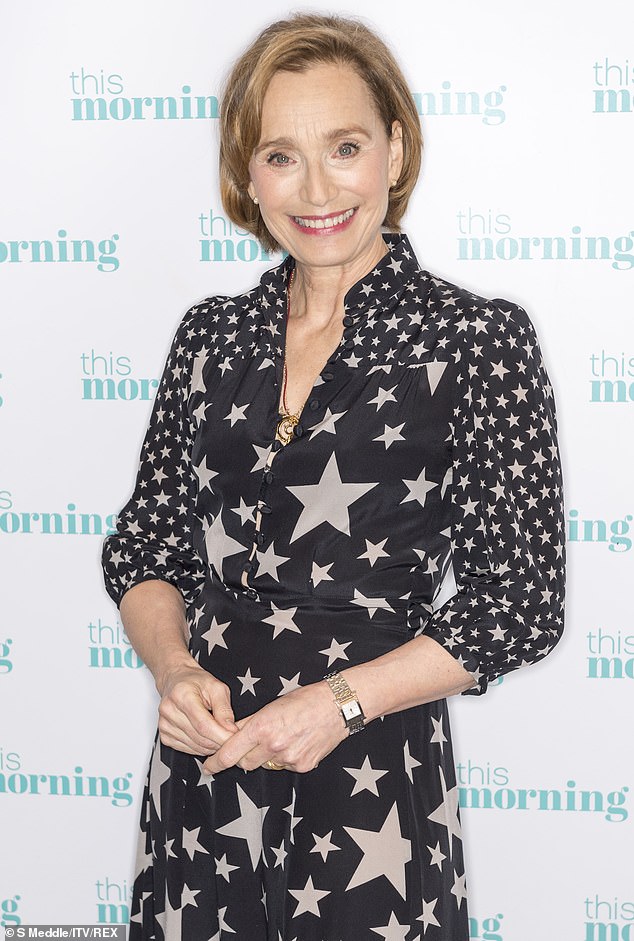 The Latest: US gives go-ahead for Pfizer coronavirus vaccine