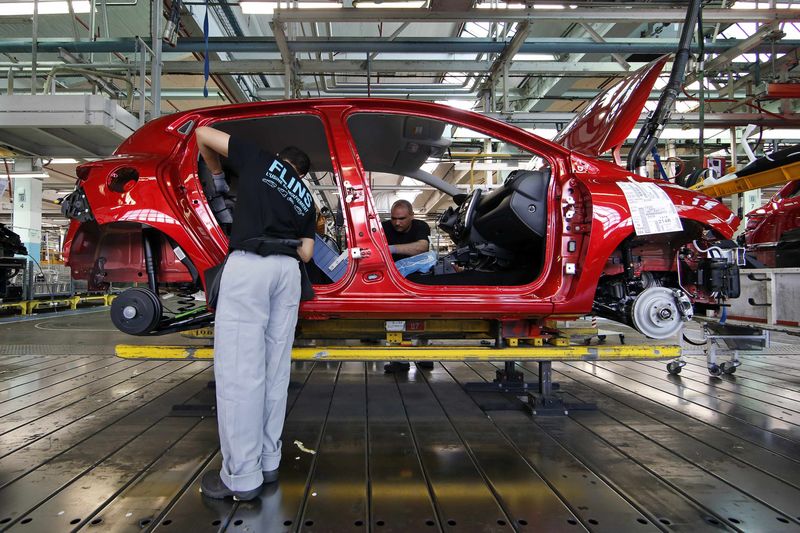 Investing.com — Europe’s auto stocks were on the skids again on Thursday after fresh data showed that the recovery in sales had gone into reverse in August.

Passenger car registrations across the 27-member European Union fell 18.9% in August, according to numbers from industry group ACEA. That breaks a three-month trend of improvements after lockdowns all but brought the motor trade to a standstill in April.

From a lowpoint of -76% in April, the year-on-year decline in sales had flattened out to only 5.4% in July. A brief sugar rush from a scrappage scheme in France, together with aggressive discounting in markets such as Germany and the release of pent-up demand, combined to paint a picture of recovery that now seems in doubt once again.

ACEA gave little commentary on its raw data. However, it was noteworthy that France and Germany, the two biggest European markets, posted two of the largest drops, with sales falling around 20% in both.

The pent-up demand effect is visible in that declines were softer in Italy and Spain, where the initial collapse in sales in the spring was more severe. Over the first eight months of 2020, Spain and Italy are still registering the biggest declines, with falls of over 40.6% and 39.8% respectively.

The news is likely to put fresh pressure on German Chancellor Angela Merkel to support the crucial auto sector more actively, after the federal government refused to include a broad car-scrappage scheme in its first major fiscal stimulus package. The German car industry association says one third of its members plan to cut jobs by more than 10% as a result of the crisis. All three of the big automotive groups have announced large-scale layoffs, as have big suppliers such as Continental (DE:) and Schaeffler, the latter of which had to resort to a 1.3 billion euro ($1.5 billion) cash call on shareholders last month.

By contrast, French President Emmanuel Macron’s government threw some 8 billion euros into a car scrappage scheme that started in June to encourage the transition to electric vehicles. But the benefits of that appear to have been short-lived: French registrations rose in year-on-year terms in July, by 3.9%, but fell 20% in August.

Why The Gucci Family Dislikes Upcoming ‘House Of Gucci’ Movie With Lady Gaga And...

As Microsoft pushes partner transformation, a state of ‘channel inertia’ is...