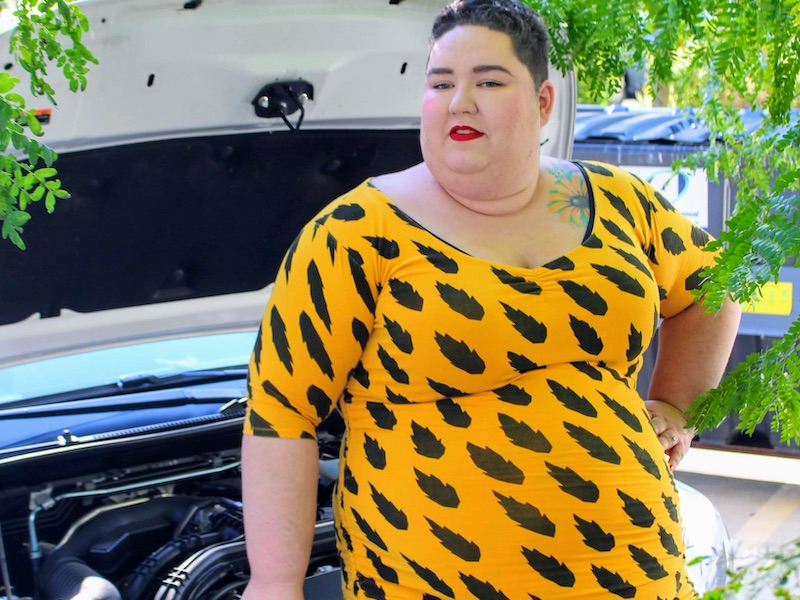 A queer Milwaukee-based automotive educator has come up with a unique way to push for a more LGBTQ-friendly government: hold a special one-time class, and have attendees donate to candidates in one or both January U.S. Senate runoff elections in Georgia as the price of admission.

“I’ve been teaching automotive-related classes for the last three-and-a-half years. I teach them both in private groups, like this class I’m offering, as well as in libraries and universities across the country,” says Chaya Milchtein, an automotive educator, writer, and speaker and the founder of the website Mechanic Shop Femme. “I was thinking about how I could help with these elections in a way that makes the biggest impact possible while still keeping true to who I am and what I believe.”

So Milchtein decided to hold a one-time, 90-minute-long virtual class on Saturday, Dec. 5, focusing on educating people on how to select a mechanic for their car, in exchange for her students donating anywhere from $39 to $159 (on a sliding scale, based on their ability to pay) to the campaigns of Jon Ossoff and Raphael Warnock, both of whom are LGBTQ allies.

“I wanted to make sure people would donate directly to the campaigns instead of giving me money and then me giving it to the campaigns,” Milchtein notes. “By the time it’s all said and done, you lose a percentage of that money, which doesn’t make any sense. So I’ll actually have people sign up for my class from my website, preferably after they make a donation to one or both of the candidates. And once they’ve signed up, I’ll ask them for a receipt confirmation of the donation. Just like all of my classes are offered on a sliding scale, the contribution is also offered on the exact same sliding scale.”

Asked why she feels the runoff elections — which will determine whether Republicans or Democrats run the U.S. Senate — are important, Milchtein says it is because the impact of both elections, particularly as they relate to the fate of LGBTQ rights, will have a significant impact on what progress is possible.

“For a lot of people who don’t necessarily follow politics, they look at the election of the president of the United States, and they’re like, ‘Well, we’ve got a president who’s a Democrat who supports LGBTQ rights and we should be good.’ But truly, in order for the incoming administration to be effective, they need to have people who can govern with them, who will allow them to put forward the policies that support LGBTQ rights and all kinds of different rights.

“Without a Senate that they work with the incoming administration, the administration is working with its hands tied behind its back. Sure, they can they can write executive orders and all that stuff. But we went through that with the Obama administration. You write an executive order, and the next president comes in, and they undo everything,” she says. “So the only way that my rights, and the rights to the people I love, are going to be protected is if Congress will back the president and laws will be passed so that we can’t just undo the policies next time around.”

For those Canadians or non-citizens who can’t donate to the Senate campaign, Milchtein has asked them to instead make a donation to Love on Black Women, a Milwaukee-based mutual fund that seeks to assist Black women who are struggling financially, emotionally, or health-wise.

In terms of the content of her class, Milchtein says she will cover topics like the differences between repair shops and what to look for in a mechanic.

“One of the most common questions I get asked by people all over the U.S. and Canada is, ‘Do I need to take my car to the dealership?’ So this class is going to break down the difference between a dealership and an independent shop, the difference between a corporate shop and a franchise,” she says. “We’ll go over where to look for a mechanic, how to decide which mechanics to take your car to, how to schedule an initial consult with a mechanic and essentially interview them for the position of being your mechanic, because long-term, you’re going to end up saving a lot of money and getting your car to have better maintenance overall, by having one set mechanic, just like you have one primary doctor.

“I want to set up all the building blocks, so that when you do get into a position that you absolutely have to see somebody last minute, you already have a person to go to, so you’re not scrambling to find somebody new the next time your brakes are grinding or tire blows out,” Milchtein adds. 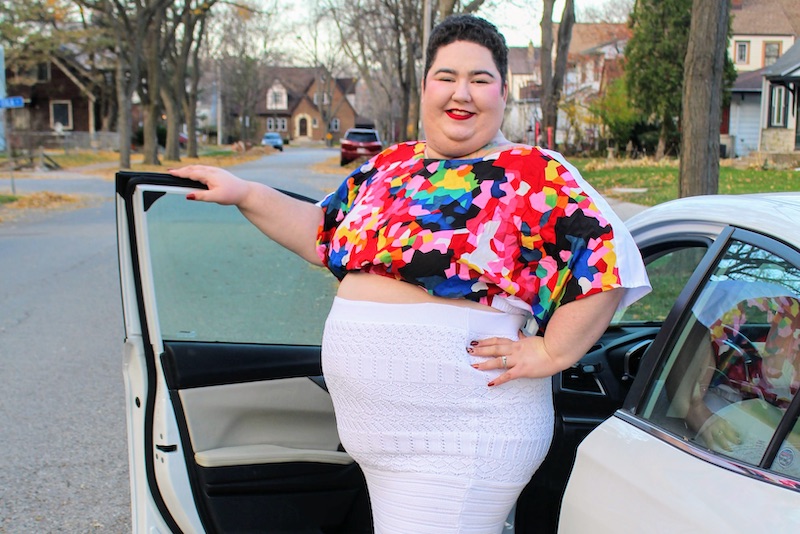 She notes that many people are ashamed to admit it, but they often don’t know as much about cars as they think they do, which can lead to miscommunications between mechanic and customer, creating a sour relationship.

“Lots of people have a hard time finding a mechanic. Lots of people think that they’re being scammed by their mechanic. And part of the reason is I think that there’s a breakdown in communication. You have a customer who is not educated in their vehicle and in the fundamentals of car ownership, and you have a mechanic who is good with their hands, but not necessarily aware of how to properly communicating the problems that a car has with the customer. I want to give people the education and frankly empower them to have a better understanding of their vehicle so that they can be confident when they go to the mechanic.”

For women and LGBTQ people especially, there may also be fears about dealing with a mechanic who demonstrates sexist or anti-LGBTQ attitudes. That’s why Milchtein wants her pupils to empower themselves by find a regular mechanic who won’t make them feel uncomfortable.

“What I teach in my class is not waiting until you’re in a position where you have to see a mechanic, but actually learning what you need to do and how to find one in advance so that when you go to the mechanic, you’re going to for something that’s not an emergency. You’re going there for oil change, or for an air filter or a pre-purchase inspection, giving you the opportunity to get to know this person and see if you’re comfortable with them. And if you’re not, you move onto the next person, because you’re not in a place where your back is against the wall and you have no other options.”

Chaya Milchtein’s virtual class on “How to Find a Mechanic” will take place from 12:30-2 p.m. on Saturday, Dec. 5.  For more information, or to register, visit MechanicShopFemme.com.

How to stay safe with a fast-spreading new coronavirus variant on...