Let’s fast-forward from the 80s and 90s and jump into the new millennium in which Hindi cinema normalised the onscreen kiss. Even actors like Amitabh Bachchan (in Black) and Shah Rukh Khan (since Jab Tak Hai Jaan) have done it. The younger Bollywood actors have been, “Okay, let’s just get on with it”-level of normal about it.

But in the South, it has been shown only in a really rare love story or film (Mani Ratnam, for instance, has an onscreen kiss in his oeuvre only in a Hindi film, Guru, though his level of romance remains unmatched), but even that has been seen as something queasy, until the OTT era took over. This ‘onscreen kiss’ is something only Kamal Haasan has normalised from time immemorial, which, today, has become the norm in storytelling. 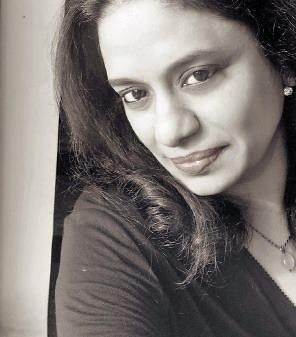 The double peck on the lips between Vijay Sethupathy and Pooja Devaraiah in Iraivi was seen as acceptable (the very fact that it becomes part of the scene because it’s needed and not forced, thank you). Tiny pecks gave way to major scenes in anthologies and film narratives which now stand as proof that an onscreen kiss is no big deal for actors to perform. This is how it should be anyway, isn’t it? I applaud Amala Paul for her grit in portraying the role as she did in the Telugu Netflix anthology, Pitta Kathalu, though I have several issues with the narrative.

As someone who’s handled many a film shoot, my observation is that it takes talent to be an actor and special talent to be able to do all kinds of scenes, including the intimate and the non-intimate. Intimate scenes are filmed in pretty much the same way as any other scene, with as much care and attention given to every other element of the scene, and not just the kiss! Acting per se is not for everybody. The camera asks you to be inhibition-less, stripping you to all the emotions needed for a shot, irrespective of what you may be going through for real.

When I see trolls shaming an actress or actor for doing a ‘bold scene’, I want to ask, can you do what they do? It’s a banal question because if everyone could act, we would all be in front of the camera today! As Venkat Prabhu recently took on a few trolls in his inimitable style, some of the comments on his timeline reveal a truly nasty side of online ‘reviews’. Let’s understand one thing clearly: Having an opinion does NOT amount to a review. Having an opinion does NOT amount to a valid suggestion which the filmmaker or actor has to necessarily agree with.

An online platform is for discussions, preferably healthy ones. The ‘dissing’ which happens constantly even if the film were a Nayakan, will not let our filmmakers experiment or explore beyond their comfort zone and that is just what new-age mediums like OTT require from the film industry. The relationship between art and the audience is symbiotic. As we receive, so we give back. The audience liking something or dissing it makes the filmmaker want to either go with the flow or create something new. It’s not everyday that a filmmaker can handle trolls like Venkat Prabhu did.

Some exchanges on social media, mostly on much loved icons, result in an unwanted toxic vibe on the timeline. It’s time for us as an audience to realise the difference between a valid feedback and mere dissing. Now, I fold my hands and wait to see how much of the former or the latter awaits me for calling this out… because firstly, I’m a woman which automatically makes me a target for trolling. Secondly, well, there is no other reason required to diss, is there?

Over Rs 650 crore discrepancies found after raids on Taapsee Pannu, Anurag Kashyap and others, claim- The New Indian Express

The history of the Lion’s Lair in Denver, complete with photos

Coronavirus mutating much faster than before, finds Indian Institute of Science...