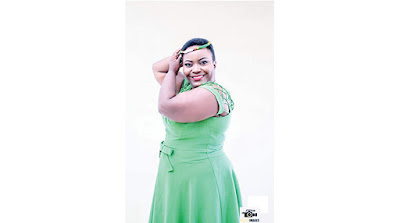 After her spectacular breakdown nearly 10 years ago,
veteran model instructor Sipho Mazibuko has shared details of how she at one
time, tried to commit suicide as she battled the demons of mental health.
Looking back at that period, Mazibuko believes she went to
hell and back in her quest to take charge of her life that was disintegrating
right in front of her.
This is after she suffered a breakdown some 10 or so years
ago due to a bipolar disorder.

A newsmaker, Mazibuko’s life story has for years been
plastered on every news outlet in the country from the days when she was crowned
Miss Highlanders Football Club in 1991, to Miss Teen Queen and Miss Bulawayo
the following year. Who can forget the Miss Winter, Summer Strides and Miss
Rural modelling contests which she hosted? This is the woman who through her
Strides Modelling Agency, nurtured beauty queens like Samantha Tshuma and
Lorraine Maphala-Phiri.

When Mazibuko had a nervous breakdown and was diagnosed
with bipolar, she was admitted to Ingutsheni Central Hospital, Zimbabwe’s
largest psychiatric hospital and the news was on everyone’s tongue.
Bipolar is a disorder associated with episodes of mood swings
ranging from depressive lows to manic highs. Research has shown that the exact
cause of bipolar disorder is not known although a combination of genetics,
environment and altered brain structure and chemistry may play a role.
Saturday Leisure caught up with Mazibuko during the week
and she opened up about her battles and shed more light on her journey to
recovery.

According to her, the shame she went through after being
discharged from Ingutsheni a month later, was unbearable as everyone’s eyes
were glued on her.

“When I was discharged from Ingutsheni, it wasn’t easy. I
felt like hiding because the media had really followed my journey at hospital.
People would talk about me and you’d see customers (at Strides boutique)
walking into the shop and looking at me saying that they can’t buy from the
shop,” said Mazibuko.

It was a difficult time, Mazibuko said, as she was deserted
by those who she thought were her family and friends. These were the people she
needed in her life at that time because according to her, support and
unconditional love is the lifeline that people suffering from depression or
bipolar desperately need during that trying time of their lives.

“People should accept and not abandon their loved ones who
go through this. They need support and a lot of love. My mother would call me
every day from the UK encouraging me and showering me with her love,” said
Mazibuko.
She said she would blame herself somehow for “contracting”
bipolar.
“I went through a lot of soul searching. I would ask myself
how I got there and if I would ever get out of it. What will happen afterwards,
I’d ask myself? It wasn’t easy at all. I’d blame myself for letting myself fall
into it.

“I thought it was my fault that I had fallen into that kind
of trap. I blamed myself until I had to accept what I was going through and
stop being a victim. I had to claim my life and live it after I realised that I
needed to look after my children and business. So I fought until I was okay,”
said Mazibuko.

It was a dark period that saw her contemplate ending her
life. This was after she was accused of abusing Miss Rural models by the then
Zimbabwe Tourism Authority (ZTA) boss, Karikoga Kaseke as she was going through
personal problems.
“There was a time I attempted suicide. I won’t mention
using what, but I did try; fortunately I failed. At the same time, I was having
personal problems and these led to a divorce. When I was thinking and going
through these problems, I felt like exploding and the divorce made it worse,”
said Mazibuko.
“I had problems with Miss Rural and the Zimbabwe Tourism
Authority headed by Karikoga Kaseke. He told me I didn’t pay a hotel bill and I
was abusing the girls. So that pressure of people wanting to take Miss Rural
away from me was unbearable.
“Also, there was a country which I won’t name that wanted
to buy the rights to Miss Rural and use it in their own country to have like
Miss Rural Africa and Miss Rural World. So that information fell on the wrong
hands. They wanted to tarnish my image and take away that pageant from me.
Luckily, it (Miss Rural) was registered as a trademark in my name. So during
this time, there were so many stories about me that were coming out and it ate
into my mind.”
Culturally, mental health issues are not discussed much.
Sometimes they are swept under the carpet and hidden from the public eye as
being mentally unstable, let alone being admitted in a mental institution, is
not easily accepted by society. Some believe that mental health issues are a
by-product of being bewitched, something Mazibuko got to learn through her
ordeal.
“At first when I was ill, before I knew what it was, I
would think I needed a prophet or traditional healer to help me. People think
that yikuloywa (you have been bewitched) if you have depression.

“In our culture, there’s nothing like depression. They
believe that it’s some form of illness caused by witches. My family at first
wanted to go that route but they gradually accepted and they helped me get
medical assistance. They took me to Ingutsheni,” recounted Mazibuko.

Sadly, the stigma did not end with her as it spread to her
children as they were bullied at school. She described the experience as
heart-breaking as stories about her illness were plastered on notice boards.
“This thing also affected my children. My son, Thabo was at
CBC and would find my stories in the paper plastered on the school’s notice
board. Thabo’s mum did this, Thabo’s mum did that, the kids would say. It
wasn’t good for the kids. They would be laughed at and told that I was mad. It
was heart-breaking.”
By speaking out about her ordeal, Mazibuko says she wants
people to know that depression is a medical condition that people can recover
from like her case where she took two years to recover.
“Depression comes in many forms. It’s not only bipolar,
there’re so many. People think when you get depression, you’re mad. No, you’re
not, it’s a medical condition. You’ll be going through a phase in your life
where it affects you and you just have to accept it and move on.
“It took about two years for me to fully recover. I was at
home and I’d visit my psychiatrist every month and she reduced my medication as
we went along. Now I’m only taking a bit to keep going because bipolar is a
chronic condition meaning I have it for the rest of my life. It’s like having
High Blood Pressure, heart diseases and HIV, it’s something that you’ll take to
the grave,” said Mazibuko.
She said she hopes her story will inspire someone out
there.
“I’m praying that my story will help other women out there,
even one woman. As long as she can see she’s not the only one going through
this and depression doesn’t choose. Anyone can get it.”
Mazibuko who has been passionate about hosting events, has
decided to take a back seat from modelling to concentrate on her new business
venture, Lavinia Gardens. The wedding venue is also ideal for photo shoots,
picnics, pool parties and graduation parties. She said this serene environment
is convenient for her as it keeps her relaxed. Chronicle

The rise of Taponeswa Mavunga – From receptionist to renowned global music executive –...