Protecting and promoting MSMEs must to rejuvenate COVID-19 hit economy 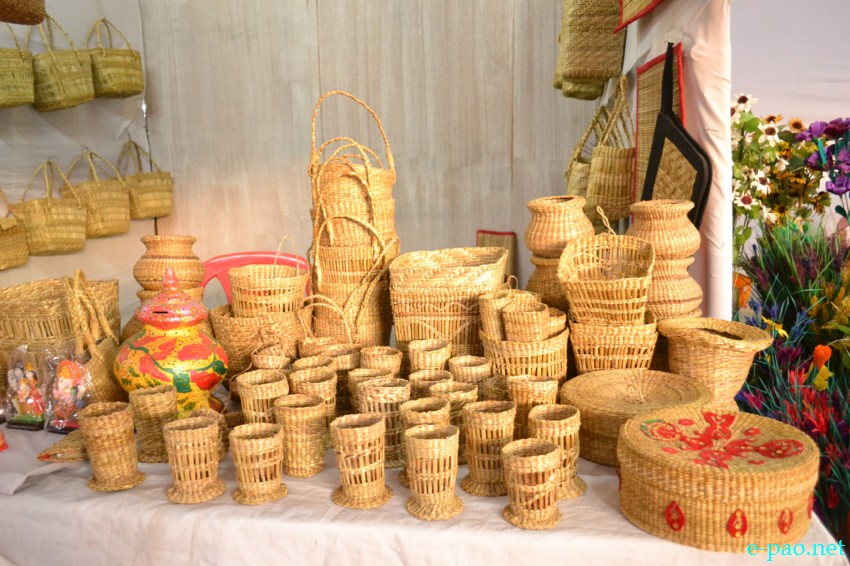 Manipur leads the rest of the North eastern states when it comes to Micro Small and Medium Enterprises (MSMEs) which are the key growth drivers of an economy and important job creators. Not only half of all MSMEs in North East are registered in Manipur but also most of them are headed by women.

Their contribution to the Manipur economy is immense just like this sector keeps the nations economic engine well-oiled and functioning smoothly  if the MSMEs are healthy, that is. If at present the MSMEs are crying out for help, it is also due to Covid 19 pandemic and the consequent shutdown of the economy that snuffed the life out of many, across India.

Without doubt, in Manipur too, the effect is felt much to the despair of the people. Job losses are wide-spread in an economy that was slowing down even before the pandemic. Only the Covid 19 has meant the slide is steeper and faster.

In Manipur, and else as well, the central government came out with an assistance package aimed at helping the MSMEs, that together contribute 32 percent of countrys gross value added and give employment to over 11 crore people. The MSMEs account for roughly half the countrys exports.

We can see why it is important to restore the health of MSMEs for the overall well being of the economy. Planned and careful opening up of the economy after Covid 19 shutdown can only help that much, but for a significant number of MSMEs the grinding halt of the economy has meant sudden death.

In this background, the sentiment on the ground and advise from the experts is one  that the government hand hold the MSMEs and ensure that the efficient among them survive and contribute to the economy rather than try and help every entity and waste scarce resources in the process.

With most of the manufacturing output and inputs coming into the formal accounting process, it is easy to assess the efficiency of the firms. Say for example, the efficiency can be easily measured by the amount of taxes paid in the previous years by the MSME in question. There is merit in this argument as an inefficient company would in all probability go under rather than stay afloat.

If a company survives, it continues to generate employment and pays future taxes. If the government (central) does not spend now, when will it, is the logical question that pops up but the only problem with such an approach  spending our way out of trouble  is the uncertainty of the pandemic and the availability of a vaccine.

In the absence of a definite fix on the time frame of achieving a success in vaccine to eliminate the Corona novel virus, it would be impossible to chalk out a concrete action plan and make allocations, accordingly.

But even given this, there is bare minimum that the government will have to spend to ensure that there is an economy left, to tend to, after the pandemic is gone.

In the meanwhile, the economic crisis is already hurting and hurting bad. There is a fear that over 100 million jobs could be in danger with sectors like travel and tourism, the worst hit. In Northeast, tourism and travel constitute a major sector of the local economies and more important they employ many people.

The World Bank in a recent update, draft India Development Update noted that India is at risk of losing its hard-won gains against poverty and several million households can slip back into poverty due to income and job losses in the pandemic.

So, the government — centre and states  must know the state of households and give cash to the needy, so that they can live. Coronavirus must be fought like a war  a total national effort if India is at all to fight the pandemic effectively. If we are unable to fight the pandemic effectively, restoring economic activity to pre-pandemic levels would be that much of a challenge.

It is easy to see why this is the case.

Even before the pandemic, the MSMEs were in a very bad shape and were crying out for help. The sector, by and large, was disappointed with the union budget for 2020-21 presented by union Finance Minister Nirmal Sitharaman.

No one can find fault with Finance Ministers attempts to tackle the economic issues  putting more money into the hands of the people, through income tax rate reductions, attempt to revive demand by mega-investment projects, focus on farmers and reiteration of resolve to double farmers income and the like. The steps she announced in the budget were welcome and much needed.

But, given the aspirations and expectations of the industry, services and trade, her measures fell short and failed to satisfy the industry. Many trade bodies and industry representatives lament in private  from the MSMEs, that is.

For the big industry, the government had already given a pre-budget sop in a corporate tax rate cut in last September. The MSMEs were also hoping for a similar tax rebate, but to no avail.

Even redressal of their tax disputes and few concessions in the disputed tax amounts would have pleased a distressed MSMEs, that wanted to bury the past and move on. Finance Minister did launch the Tax Dispute Settlement scheme, but refused to give any concessions other than the promise not to levy penalties and interest if the dues were cleared in time.

Another MSME grievance is the GST compliance, which had become a complicated exercise. The deadline for filing returns has been extended by one more year indicating the teething problems the new tax regime still suffers from even two and half years of its inception. For the small industrialists, GST travails are far from over.

Ever since the budget was presented, Covid 19 pandemic hit and still the economy is in different nascent stages of reopening. And because of this, the resultant slowdown is the actual ground reality. The credit squeeze experienced by the MSME sector has not gone away completely, despite the governments best intentions and efforts to help this crucial sector.

Only recently, in May Manipur Chief Minister N Biren Singh distributed emergency working capital finance to 41 MSMEs in the state at a simple ceremony in Imphal. He promised on the occasion that in tune with the centre, the state would also concentrate on Agriculture, MSME sector to revive the states economy.

It would require urgent help to MSMEs as Indian economy will rejuvenate if and only if MSMEs are in the best of health.

* Lakshmana Venkat Kuchi wrote this article for The Sangai Express

Lakshmana Venkat Kuchi is a senior journalist tracking social, economic, and political changes across the country.

He was associated with the Press Trust of India, The Hindu, Sunday Observer & Hindustan Times.

Signed To Be An Arsenal Icon, Mesut Ozil Leaves As Proof Of The Club’s Failures