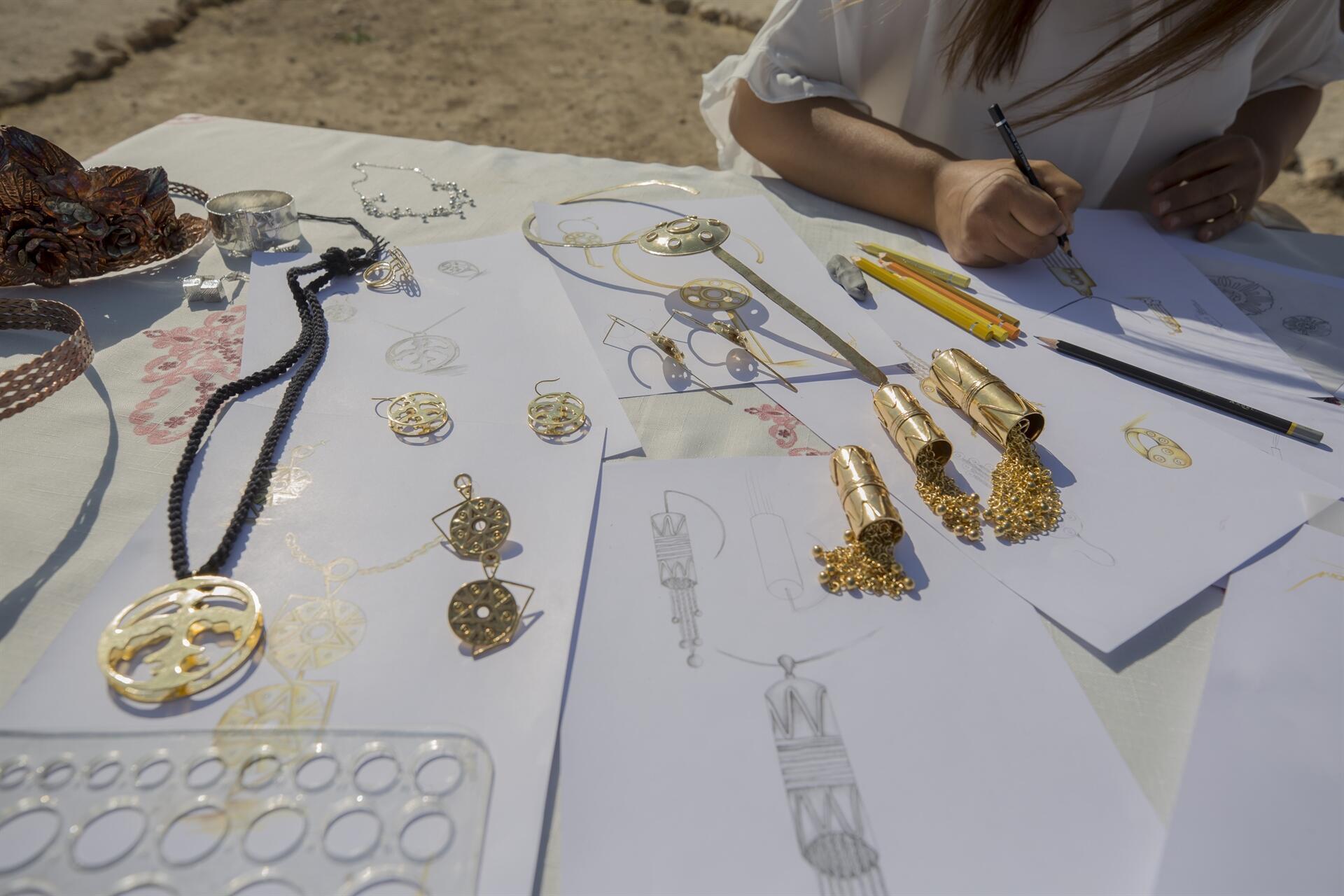 The motifs on the artifacts found in the 3,000-year-old Zerzevan Castle, located near the Çınar district of the eastern province of Diyarbakır, which served as a military settlement during the Roman Empire period, have become an inspiration for the jewelry designers.

In the castle, which is on the UNESCO World Heritage Tentative List and has been undergoing excavation works since 2014 under the coordination of the Culture and Tourism Ministry, the Roman-era Mithras underground temple, defense tower, church, administration building, residences, shelters, grain and weapon stores have been unearthed so fare in addition to rock tombs, water channels and many vital artifacts.

With the collaboration of Diyarbakır Olgunlaşma Institute (a technical school for girls) and the excavation team in Zerzevan Castle, a project called “Zerzevan Castle Comes to Life” has been initiated. The motifs on the works unearthed in the castle have become a source of inspiration behind the creation of different kinds of jewelry items and various other products.

Jewelry designers, who work in the excavation area on certain days, will exhibit the sample products that they have prepared using the motifs on the historical artifacts in a fashion show at the Zerzevan Castle.

Speaking to the state-run Anadolu Agency, the head of the excavation team, Associate Professor Aytaç Coşkun said that in the excavation area, they unearthed various products used by the soldiers and civilians and that the jewelry among them was very important. 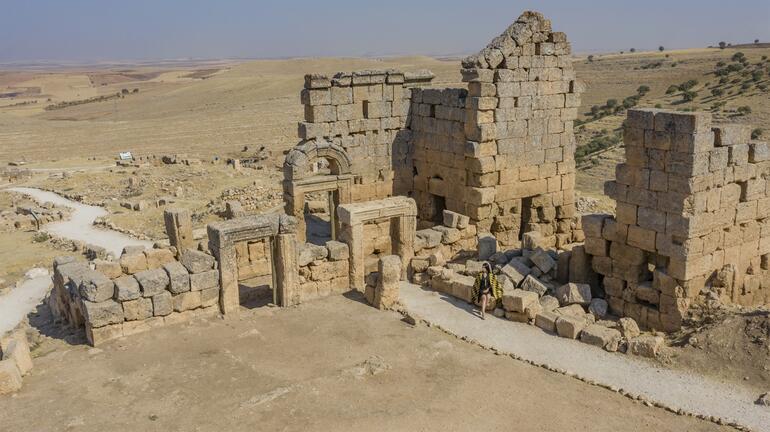 Noting that they have produced many kinds of jewelry items from belts to necklaces, including bracelets, rings and earrings as well, Coşkun said: “We know that legion soldiers stayed with their wives because we found very fine jewelry. However, there were civilians, too. We have unearthed jewelry belonging to their wives and children.”

Noting that they have started a study with Diyarbakır Olgunlaşma Institute for the motifs on the artifacts, Coşkun stated that the motifs would be evaluated not only in jewelry but also in clothes and many other products.

National Education Ministry’s Deputy Provincial Director Şirine Eronat stated that they visited the Zerzevan Castle in order to examine and evaluate the artifacts obtained in the excavation area.

Eronat stated that they previously had studied the motifs in the Ulu Mosque and İçkale campus, and now they have been working in the Zerzevan Castle, one of the cultural values of the ancient city.

“Here, the artifacts of history should be brought to light and concretized. For this reason, we intend to reflect the products obtained by the excavation team here on to jewelry and clothing items in our jewelry workshop. We aim to turn it into a business.”

As Some States Brace For Next Lockdown, The Fashion And Celebrity Set Embrace Luxury Healthcare

Why technology is seen as new form of doping : The standard Sports

US hands over 100 ventilators more to India