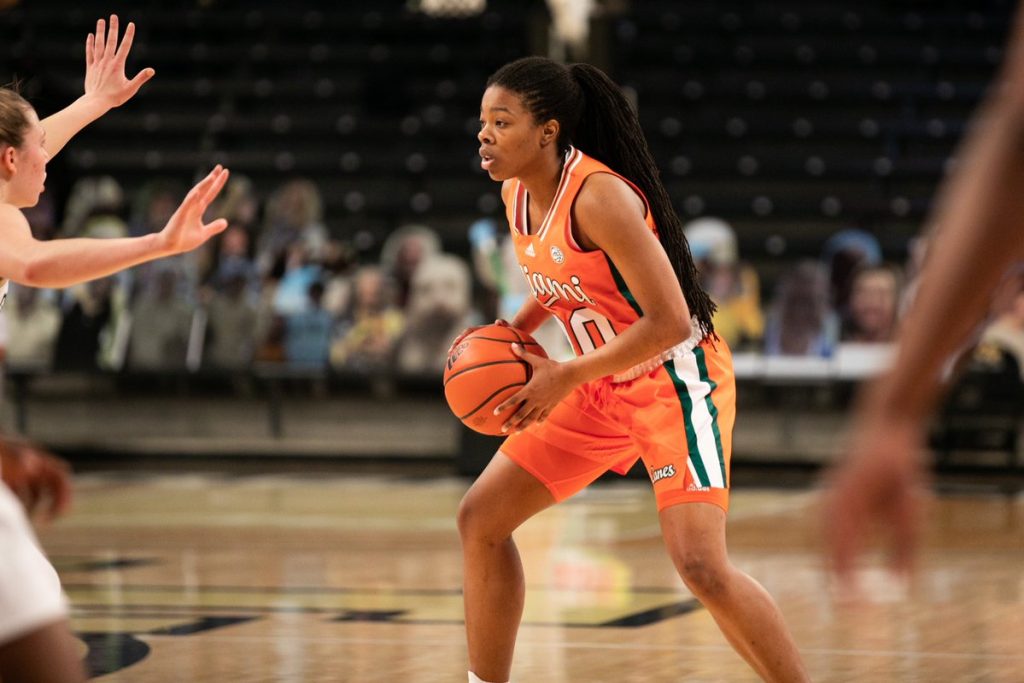 The Hurricanes dropped their third straight game in the loss to Georgia Tech on Tuesday afternoon. Photo credit: Twitter, @CanesWBB

After leading for most for the first half, the Miami Hurricanes women’s basketball team was outscored by 10 points in the third quarter on their way to a 67-56 loss on the road versus the Georgia Tech Yellow Jackets in Atlanta, Georgia.

Harden’s hot start helped Miami get out to an early 10-2 run. Harden scored seven points on 3-of-4 shooting during that time. Georgia Tech responded with a late run of their own, scoring six straight points to end the quarter and cut Miami’s lead to just two.

Miami held on to the lead for most of the second quarter, but the Canes had no answer for a late 8-0 run that helped Georgia Tech take a four-point lead at halftime. Miami shot just 28 percent from the field in the quarter. The Canes also struggled to rebound in the first half, allowing the Yellow Jackets to grab 11 offensives rebounds.

The Canes shooting struggles continued in the third quarter. Miami scored only 11 points in the quarter on 4-of-14 shooting. Miami also had five turnovers and was outscored by 10 points.

Miami went from down only four at the start of the quarter to down by 14, heading into the fourth.

The Canes played better in the fourth, scoring 22 points on 8-of-15 shooting but were never able to get the lead back under 10 points.

The Hurricanes next game will be on Feb. 18 versus the Boston College Eagles at the Watsco Center at 8 p.m.

Why understanding blue flowers is crucial for bees

Applied Materials and BE Semiconductor Industries to Accelerate Chip Integration Technology for the Semiconductor...