Since moving to Los Angeles from Copenhagen, Designer Michala Brauner has been fully immersed in creating and launching her fashion label, Grønkjær. Co-founded with her wife, UX Designer Jojo Yang, the brand combines youth, playfulness and sport for an aesthetic that’s equally modern and feminine.

Upon moving to the City of Angels, Brauner found herself drawn to the area’s vintage stores. Along with personal muses like Thom Browne, Pippi Longstocking and Sporty Spice, this would ultimately influence the first Grønkjær pieces. (She worked at brands such as Marc Jacobs, Anna Sui, and Yeezy after graduating from the Royal Danish Academy of Art and Design.)

“As I held a cable knit sweater from the ’50s in my hands, while standing in the heart of Hollywood, I felt like I was holding a piece of American fashion history,” Brauner recalls to PAPER. “I wanted to incorporate the history of the knit in a newly imagined piece, by fusing it with a completely different construction — a button down, a skirt, a vest. Working with both upcycling and deconstruction, I played with fusing old and new elements together to create a new story.” 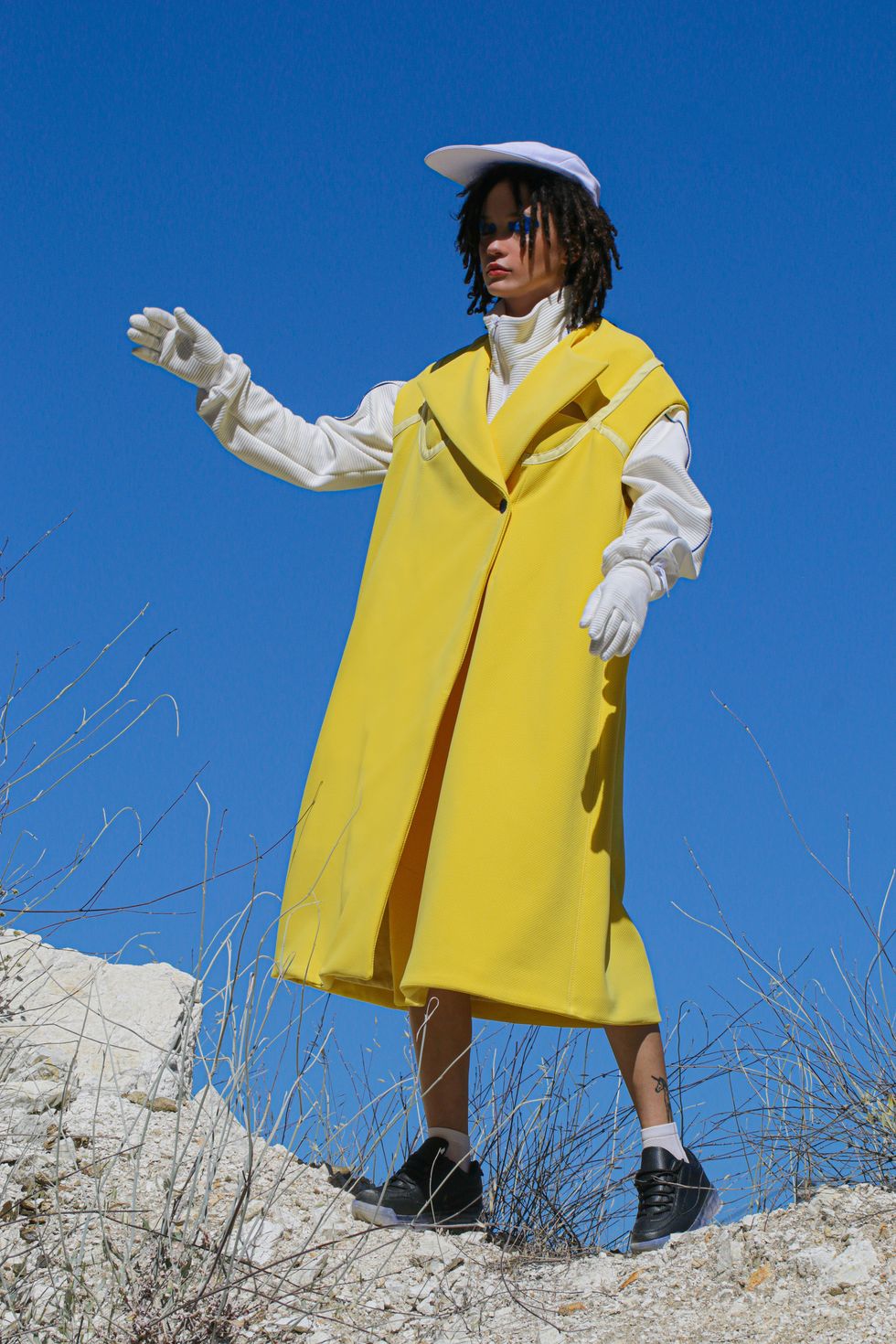 The brand’s first collection is largely inspired by Brauner’s connections to both America and Europe, mixing Danish minimalism with LA’s eclectic fashion sense.

“The debut collection has been a long birth,” Brauner says. “I started working on the pieces before COVID hit and as we went into lockdown in Los Angeles, I continued sewing in the studio and adding more pieces.”

Much of Grønkjær is sustainably sourced from vintage pieces, rooted in Brauner’s hands-on approach to design. “For the upcycled pieces in the collection, I spent a lot of time carefully disassembling old vintage knits and reconstructing them like puzzle pieces,” she says. 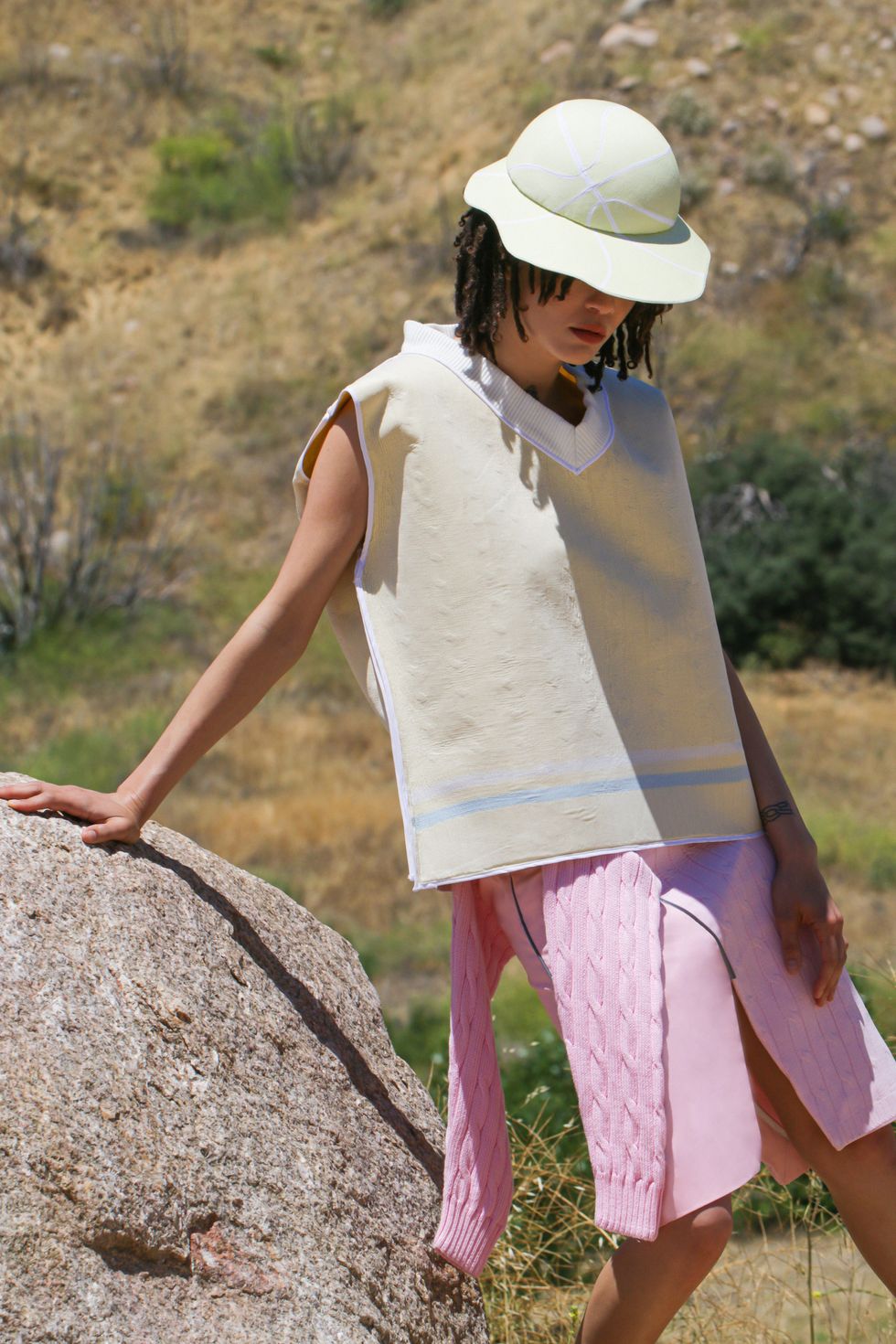 Many challenges were posed against Brauner on her path to launching Grønkjær. She initially struggled to source materials with local textile manufacturers, many of whom prioritized brands with larger orders. After overcoming that obstacle, however, a new one came into play for her first lookbook’s shoot at Red Rock Canyon State Park.

“Did we have a photo permit? No. Did we still think we would be able to shoot our campaign there? Yes,” Brauner remembers.

A park ranger promptly escorted Brauner’s crew outside once they unloaded their gear. However, her campaign still achieved its’ American prep-meets-Mars concept, thanks to photographer Elise Mesner. 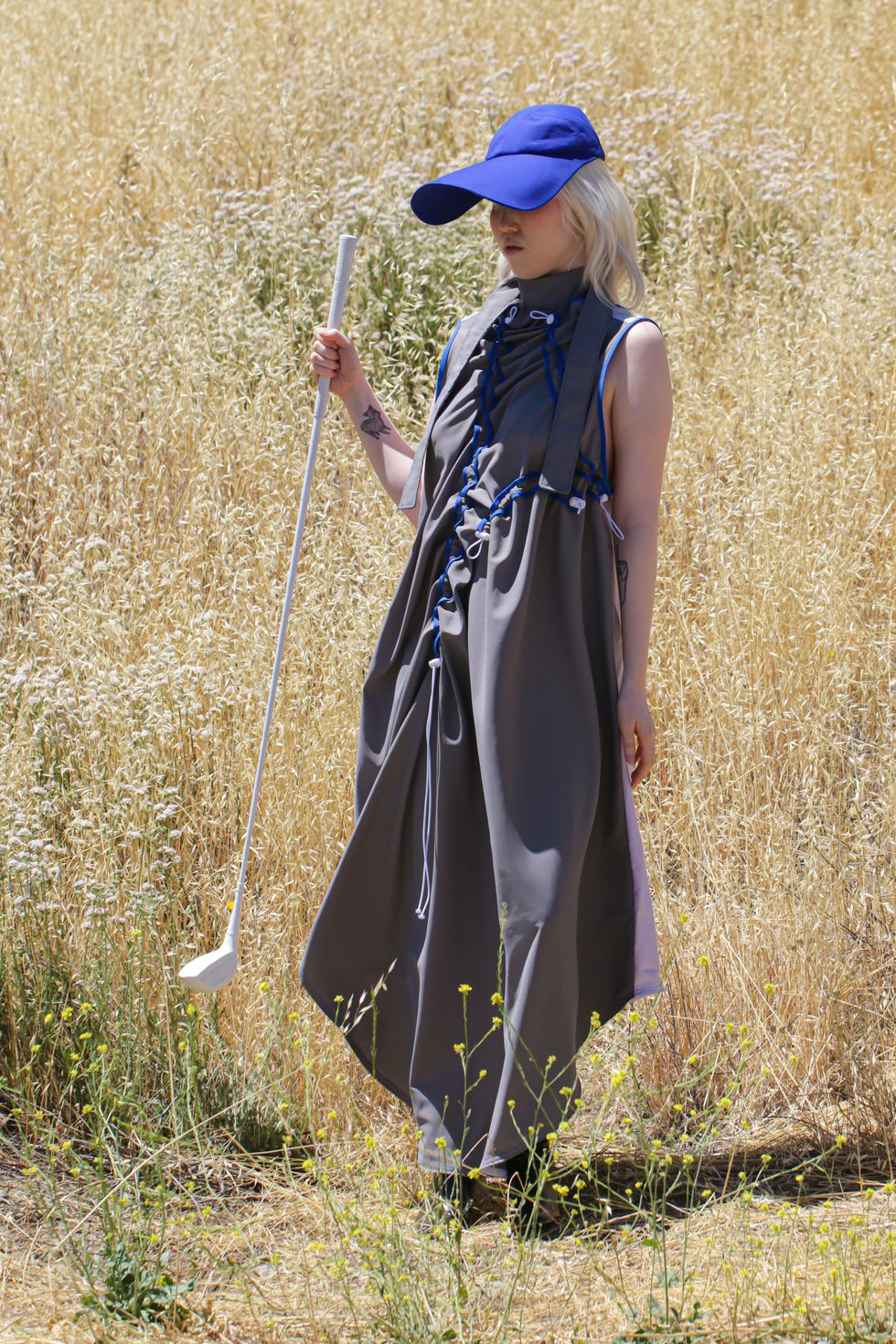 “Using her skillful eye, Elise found a few magical mountain-side spots to shoot the various images in our lookbook,” Brauner says of the photos. “It was a real delight to work with her and watch her creativity in motion.”

The result of that quick thinking is a series of images nodding to vintage elements and country club sportswear. One model in a matching plaid windbreaker and trouser lies down on a rocky hillside. Another mimics walking atop red canyons in a yellow sleeveless jacket and ribbed sweater. A third strikes poses against grassy fields, wearing wide-legged pants and hybrid garment combining an oversized shirt and sweater. It fully merges nature and the artificial, a theme that’s quickly become a brand signature.

Though Grønkjær’s first collection has just launched, Brauner is already brainstorming what’s to come: “I am already working on designing the next collection, and excited to be continuing more collaborations with Scandinavian designers and LA artists.”

Related Articles Around the Web

The rock star of retail: how Topshop changed the face of fashion | Life and style

India will wait for Oxford and Bharat Biotech shots