Lamborghini has announced a new track-orientated version of its Huracan – the STO.

Essentially a road-ready version of the firm’s Huracan Super Trofeo Evo race car, the STO (Super Trofeo Omologata) brings the same naturally aspirated V10 engine as you’ll find in the regular Huracan Performante – and its 631bhp output it the same, too. It’ll hit 60mph (97km/h) from a dead stop in under three seconds and hit a top speed of 193mph (311km/h). 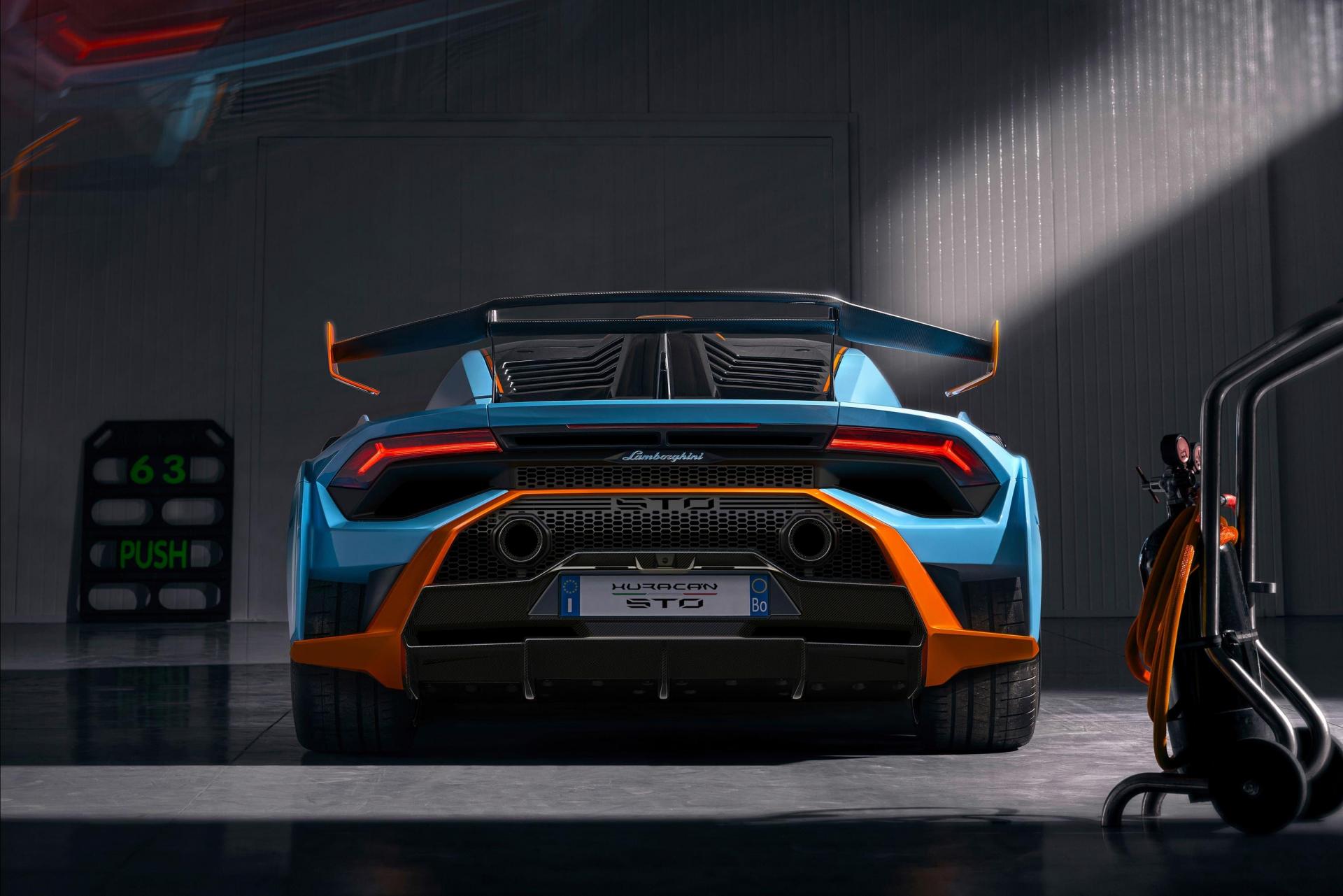 The large rear wing is adjustable.

However, the STO weighs less than that car – 43kg lighter in total – thanks to the removal of the Performante’s all-wheel-drive system and the more widespread use of carbon fibre for the majority of the car’s panels.

However, the Huracan’s rear-wheel-steering has been retained, while three new driving modes have been added – STO, Trofeo and Pioggia – bring standard settings, race settings or adverse weather condition settings.

The braking system has been beefed up, with large Brembo CCM-R brakes utilising carbon-ceramic materials which have been developed for F1.

Extensive work has been done on the car’s aerodynamics, with new bonnet ducts the most visible changes over the regular Huracan. The bonnet, wings and front bumper are all connected as one piece too, mimicking the design used on the race car. Side intakes help with additional cooling as well, while an air scoop channels air through to the V10 to help keep it at the correct temperature.

The large rear wing can be adjusted to change the aerodynamic characteristics of the car, too, while total downforce is increased by 53 per cent over the standard Huracan as a result of the extensive bodywork changes. In total, it can develop up to 450kg of downforce when travelling at 174mph (280km/h).

Underneath, the STO gets a wider track, stiffer suspension bushes and new adjustable damping which allows the driver to tailor the car’s ride depending on the situation.

The interior of the Huracan features many lightweight materials.

Inside, there’s extensive use of carbon fibre – even the seats are completely made from the lightweight material. The carpets have been removed in favour of carbon fibre floor mats, while four-point harnesses have been fitted too. However, there is a touchscreen system which controls all of the car’s major functions while also displaying key information such as tyre pressures and brake temperatures.

Buyers of the Huracan STO can also personalise the look of their cars through Lamborghini’s Ad Personam program, allowing them access to ‘limitless paint and trim combinations as well as race-style vinyls’.

Independent journalism costs money. Support Times of Malta for the price of a coffee.

A Blueprint For Self-reliant India

40-50 million Covid vaccine stockpiled by SII, India to get most of it