A lot has happened since I first invested into JOYY (NASDAQ:YY) over a year ago. Since my first investment, JOYY has evolved from a primarily Chinese livestreaming business to a global social media company via its acquisition of Bigo, generating substantial shareholder value in the process. On November 16, JOYY announced its biggest deal yet to complete this transformation – the sale of its Chinese livestreaming business to Baidu (NASDAQ:BIDU) for $3.6 billion, expected to close in H1 2021. I believe this is a major positive for JOYY shareholders and has the potential to create substantial value over the long run. 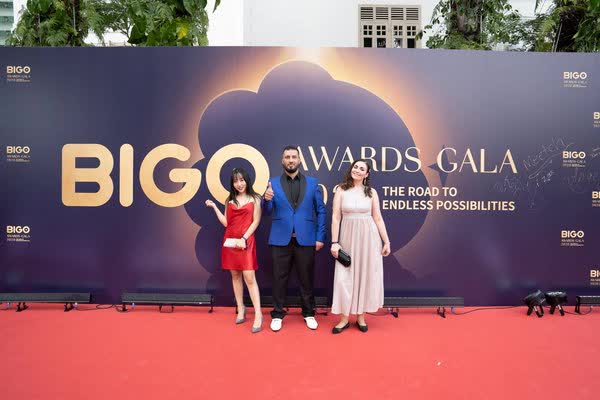 I thought I’ll start off this article on some recent developments that I haven’t yet commented on in detail. The first is the Indian government ban on Chinese apps that happened a few months ago.

Initially, when the app ban happened, I believed it was a national security issue. Upon further research, it seems the ban was likely the result of raised tensions due to a border dispute between India and China that left 20 Indian soldiers dead.

The ban is devastating for Chinese app companies intent on global domination, as India is one of the most populous countries in the world, with a population of over 1.3 billion. It was one of the key factors that led me to sell my YY shares. Recently, JOYY reported Q3 results that showed how devastating the app ban was to its Bigo business. Likee and Hago MAUs dropped one-third QOQ to around 100 million and 23 million, respectively, while Bigo Live was less affected, with MAUs only dropping by around 3%.

I believe the election of Biden as US president is slightly positive for JOYY, as Biden will likely be less impulsive than Trump regarding anti-China policy. However, Biden is expected to continue pressuring China over technology and other issues.

Recent antitrust crackdowns are now positive for JOYY due to management announcing their intentions to enter new markets like industrial AI or ecommerce after the Baidu transaction. This crackdown could help to lower barriers to entry to these markets, which should help JOYY compete against the current incumbents.

What this buyout means

From an investor’s perspective, this sale is incredibly bullish for JOYY. After the Bigo buyout last year, it was clear that JOYY’s Chinese business was preventing many new investors from seeing the value of Bigo. With the Chinese business out of the picture, investors can now fully enjoy the growth of JOYY’s international business. To give an idea of how this will impact JOYY’s financial results – While JOYY’s total revenue only increased 36% YOY in Q3 2020, the Bigo segment grew revenue over 130%.

In addition, JOYY also gets $3.6 billion in cash, bolstering its already strong balance sheet substantially. Management intends to spend the cash to continue expanding the global business and invest in new opportunities in China like e-commerce and industrial AI.

Going forward, we plan to leverage the resources of paying through this transaction to further accelerate our global dual-engine growth strategy, establish a foothold in the industrial AI internet sector, and explore new business opportunities in e-commerce as well as other areas.

Lastly, this deal shows the true potential value of JOYY. YY China, with just around 40 million MAUs and with no growth in a massively competitive market, is being sold for $3.6 billion, representing a valuation of $90 per MAU. This signals a valuation of at least $4.5 billion for the international live streaming business based on 50 million international live streaming MAUs.

Overall, this sale is a major positive for JOYY, and the fact that the stock is only up around 8% on this news is quite disappointing.

Now that YY China is going to be acquired, there is really no need to discuss this business, so we’ll be focusing on the Bigo business. Bigo reported a strong Q3, with livestreaming revenues continuing to show 131% growth despite the India ban.

It’s good to see that revenues from developed markets are leading this growth, making up over 40% of Bigo Live’s revenue and more than doubling overall revenue growth in the quarter. These revenues should command a higher multiple as they’re usually more stable and increase over time as the standard of living increases in these developed countries.

If you look at the composition from developed markets, it’s already well over 40%. Under the key components in developed markets are North America, European countries and also Japan, Korea, New Zealand, Australia. So, these three sub regions on the developed markets continue to drive a lot of the growth for Bigo Live.

Even better, not all of this revenue came from better monetization. Bigo Live, Hago, and Likee all showed impressive MAU growth, excluding India. Considering its maturity, Bigo Live’s MAU growth of 58% YOY (ex India) is incredibly impressive and exceeds many of the leading social media companies today. Likee’s 147% MAU growth and Hago’s 20% MAU growth (ex India) are both also quite impressive. As a reminder, MAU growth helps pave the way for future revenue growth.

While Bigo Live currently makes up most of Bigo’s revenue, management’s plan to monetize Likee is slowly taking shape. The number of users using live streaming, a key revenue generator, grew 90% QOQ. With over 100 million MAUs on the app even after removing Indian users, Likee can help JOYY to expand into pretty much any area, whether e-commerce, gaming, or potentially even dating. The possibilities are truly endless – Just look at what Facebook (NASDAQ:FB) has been able to do with its users.

If JOYY’s transformation is successful, its valuation now looks incredibly low compared to peers. After backing out the $3.6 billion in cash for the deal and the ~$2.5 billion in net cash on the balance sheet at the end of Q3, JOYY’s overseas business is trading at just $6 per MAU. In comparison, peers like Pinterest (NYSE:PINS) trade at close to $90 per MAU and mature social media companies like Facebook trade at hundreds of dollars per MAU.

In the past, you could argue that US peers deserve the premium due to better shareholder friendliness and a more monetizable userbase, but with its recent $0.31 per quarter dividend initiation, JOYY is becoming an increasingly shareholder-friendly company. In addition, many of the users Bigo is acquiring and much of its revenue are coming from developed countries like the US. The gap between US social media companies and JOYY is shrinking, and I believe the valuation gap will shrink as well over the long run.

The main risk for JOYY is that the Baidu deal may potentially not close as management has stated that it is dependent on several undisclosed conditions, but since this deal seems to be beneficial for both parties, I expect both parties to push for the deal to close. Management may also potentially squander JOYY’s cash on unprofitable ventures, though I believe this is less likely due to high insider ownership and the previously prudent nature of management.

Overall, it’s clear that, while the India app ban is a major negative for JOYY, JOYY’s intrinsic value still far exceeds the current share price, especially with the recent initiatives to make the company more shareholder-friendly like the dividend or the potential Hong Kong listing. I expect the valuation gap between JOYY and other social media companies to shrink over time, giving strong returns to JOYY shareholders over the long run.

Disclosure: I/we have no positions in any stocks mentioned, but may initiate a long position in YY over the next 72 hours. I wrote this article myself, and it expresses my own opinions. I am not receiving compensation for it (other than from Seeking Alpha). I have no business relationship with any company whose stock is mentioned in this article.

India’s Buddhist Circuit: A pillar of the Act East Policy

Finally, a way to cover up wobbly bits in style thanks to the elegant...