IPL 2020: Chennai Super Kings pacer Deepak Chahar, who had earlier tested positive for coronavirus, has posted a picture of his quarantine workout, hence flaunting his fitness against all odds. 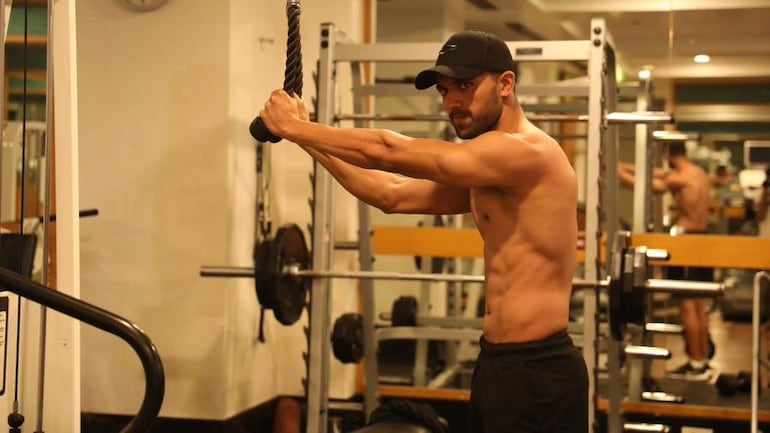 Seasoned pacer in the Indian Premier League Deepak Chahar has begun his training ahead of IPL 2020 and has flaunted his fitness by posting a picture of his workout session at the gym. “Life is all about fighting and hunger to improve”: the player wrote on his twitter.

The 13th edition of the Indian Premier League, which was originally supposed to commence on March 29, was earlier indefinitely pushed by the BCCI due to the novel coronavirus-induced pandemic.

As the Men’s T20 World Cup for this year was postponed by the ICC, the BCCI finally got its preferred window for a delayed season of the IPL. The venue was, however, shifted outside of India given the rise in the number of coronavirus cases in the country.

Even as the teams successfully reached UAE for the IPL, it hasn’t been a smooth sail at all since. Star players like Suresh Raina, Harbhajan Singh pulled out of the competition due to personal reasons.

But what sparked the biggest amount of unrest was the news of 13 Chennai Super Kings squad members, of which two were players, being tested positive for the virus.

As it was confirmed that Deepak Chahar was indeed one of the infected players, wishes had flown in for the cricketer and many criticised CSK’s sincerity with the biosecurity protocols.

However, now that Chahar has tested negative for the virus, he is in line to play the IPL which starts in a little more than a week’s time. The IPL opener will be played between Mumbai Indians and CSK on September 19, in Abu Dhabi.

On the surging market of at-home fitness equipments