Our interview this morning is with Brad Stewart, the new CEO of Los Angeles-based Fair (www.fair.com), backed by Softbank, which has been in the midst of reinventing the company after some setbacks in its initial efforts to create a subscription-based model for automobiles. We caught up Stewart to see how the company has significantly pivoted its vision for the company, the recent deal with Honda to offer up certified pre-owned vehicles to its users, and more.

Let’s start out at the top, for those who haven’t been following what’s been going with Fair, what is your business now? 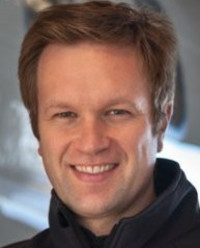 Brad Stewart: The company has been through a few different incarnations. It’s been in a bit of reboot since last October, when we had a big downsizing and Softbank got more involved thinking through what parts of the business had been working and what had not. I came in during the second quarter this year. The punchline is, I’m pretty excited about this story. We’re becoming a used car marketplace, full stop. What we are pursuing actively, is creating a curated, merchandising and transaction platform, which takes inventory from dealers so that consumers see a wide swath of inventory, all prioritized around value. We’re really focused on the consumer getting the right car at the right price. The kicker is, we are providing and end-to-end, continuum of consumer financing options. We originally started with subscriptions, which we still offer, but in the last six months we’ve also launched leases with 2- and 3-year products. We’ll continue to build out our consumer financing options, to augment the platform. At the end of the day, we want to make Fair the world’s number one place to shop for used cars and financing, all in one spot, digitally, in a short period of time.

Fair made its name early on subscriptions, can you talk a bit about the reason for the shift away from that?

Brad Stewart: The company had two previous lives. One, was it allowed you to get a used car subscription with your phone. In 2016, that represented a couple of unique concepts. First, it was the idea you could have a car for a very short period of time, and number two, it was for the digital native, and it was a digital-only transaction platform. As time has gone on, the company then shifted into the ridesharing market, essentially operating as a car availability platform for Uber and Lyft drivers. That really made us an extended rental car company, if you think about it. As we studied that Gen 1 and Gen 2 of the company, a few things popped out at us. One, we were entering a world where digital and omni-channel transactions are just table stakes. There’s real competition in this area. There’s Carvana, there’s Vroom, and basically every local dealer and dealer group. You have to assume that this is going to be ubiquitous going forward, so that is not going to be a true strategic differentiator. The other part, is car subscriptions are very expensive. There are lots of transaction costs which occur both on acquisition of customers and on returns, and those costs are real, and must be considered in how we price the products. When I studied the landscape, it’s clear that for our consumers, they are very price conscious. That price consciousness leads them to consider leases, which is, obviously, cheaper, given their duration. I believe that fundamentally, what we are doing is providing a loan to sell a car, and that is all directed with the consumer in mind, not to prejudge them for their lifestyle, and to provide them with an end-to-end product suite that meets the consumer where they are at. Perhaps for someone who is 22, and in a transition period in their life, and they only have a short term job or internship, where they just need a vehicle for the year, a subscription might be perfect. Obviously, they should be motivated to spend extra dollar to have more flexibility on the back end. But, for someone who is in a more permanent state, wants to be able to change their car in a few years if they have a growing family, the right term for them is two or three years. Maybe someone who is really committed to their position and want to minimize the total cost of ownership, then perhaps a long-duration loan might be best. We are trying to shift our thinking to meeting the consumer where they are at, rather than expecting them to all fall into one bucket.

Let’s talk about this deal with Honda, how did that come about?

Brad Stewart: There was a lot of business development on this partnership. Obviously, OEMs and manufacturers are huge brands, and they produce the cars we transact and finance. They also are big finance players, and have their own captive finance companies. We have a natural relationship with OEMs, because, we essentially become the used car financing partner for them, where their captive finance arms usually focus on financing newer vehicles. That’s not 100%, but we do offer other options like subscriptions, which Honda Finance wouldn’t have offered in the past. They have a mutual interest in how new products are getting to distribution, in digital-only contact, and contact-less transactions, themes that Honda could explore by working through Fair. When you have a big, multi-hundred thousand dollar sales engines like Honda, it’s tough to do that, whereas we are smaller, and newer, and innovative. The conversation around this really heated up about 18 months ago, and I’m really proud of where we landed. My dream with this pilot with Honda is that it becomes a similar template for other OEMs.

How did you decide to join the company?

Brad Stewart: It was a really fun conversation. We started talking in January and February of this year, when I was looking at a handful of different situations, and I remember coming home after my first interaction, where I was in the office for the meeting, and told my family how I was really excited about it. It had a capture-my-imagination feeling that I had with my last company. I love it when I can fall in love with a project, and see the problem it solves, and how consumers engage with it, and with this, it happened almost instantly. Softbank had one of their operating partners serving as an interim CEO before me, and the company really had gone through a tough moment, working away from the ridesharing business. I did some thinking and pondering, and ultimately it took a couple of months to get on board.

How has the experience of taking over a company during a pandemic been so far? I imagine it has been a bit challenging?

Brad Stewart: That’s certainly true. As a turnaround executive and CEO for awhile now, I think that comes with tolerance, and comfort, and intrigue with challenging situations, and it’s what I am good at. It’s all about figuring out where a business stands, where it needs to go, how to build a plan to take it from one point to another. As you point out, with COVID, and the work-at-home environment we are in, that makes changing an organization that much harder. You’re deaing with people you’ve never met in person, in my case. In an office environment, you can pull someone aside, give them a little talk over lunch. But now, all those things are digital. Although I think a lot of things like Zoom and teleconferencing are powerful and efficient, they just don’t bring the same level of intimacy and energy that you can bring to a group when you’re in a room with them. So, yes, it’s been challenging. That said, my prior company was very distributed, with offices all over the country and employees in every state, so I’ve learned over time how to use those digital tools and phone and text to create momentum, and be a decent leader. I do miss being able to be in the same room with people, and solve problems, and build relationships, but that’s not really possible right now.

As someone who has worked on turnarounds before, any thing that you think is most important in that process?

Brad Stewart: I think, number one, is figuring out what is the company’s true north. It’s very strategic. I refer to it as a nuclear reactor, and sits at a center of a business, and guides it and drives it from an energy standpoint. I’m crazy and relentless about figuring that out, and how to find it and mobilize the company around that. Here, it’s figuring out the concept, from the market, to end to end financing, and truly differentiating us and making us unique. Another thing we’ve been thinking through, is how to map our financial products, the financial products we are selling, into what a consumer needs in the direct to consumer market. There are many different ways a product can be sold, indirect through a dealership, B-to-B-to-C, and it’s really focusing on how we make Fair’s digital experience and digital store a destination where those consumers want to visit and spent their time on.

What’ next for Fair?

Brad Stewart: Going into next year, we’ll be working on another financing round. From the media and marketplace standpoint, I think our technology product, our digital store, the app, and our website, needs to become much, much better in terms of engaging the consumer. Most of my focus is on how to get consumer engagement way, way up, and make this a much more immersive, customized, intelligent, and fun digital experience. Although we’re making a lot of progress on that front, we are not where we need to be yet.

To mark the one-year anniversary of the pandemic, we collected stories of people who made a big change

Looking ahead to what Bollywood will look like after COVID-19

Khamenei’s Banning of COVID-19 Vaccines from US and UK is a Crime Against Humanity...

Dressing up the finest in Tinsel Town