The London stock market rallied this afternoon after Britain became the first country to approve the Covid-19 vaccine from Pfizer and BioNTech.

The FTSE was also helped by a slide in the value of the pound, which tends to boost the value of multinationals with most of their earnings in dollars, amid fears over a No Deal Brexit within less than a month.

The pound slid against the dollar and euro, as EU Brexit negotiator Michel Barnier told diplomats he could not guarantee a trade deal being agreed with Britain ahead of a December 31 deadline. The pound was down at $1.3304 from $1.3423 today.

The FTSE 100 had rallied more than 12 per cent in November, marking its best month in 31 years, on optimism that a coronavirus vaccine would soon be available.

Investor attention this week has squarely been on Brexit negotiations with only weeks left for Britain’s transition agreement to expire.

However in the US, stocks fell today as investors eased off a fresh set of record highs following optimism that vaccines could start driving a stronger economic recovery. 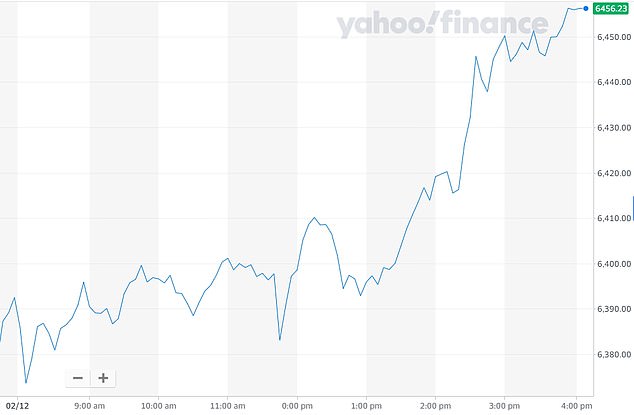 TODAY: The FTSE 100 rose throughout the day having initially opened roughly flat at 6,385

PAST MONTH: The FTSE has had a topsy turvy last few weeks but a strong November overall

PAST YEAR: The FTSE plunged in March this year as the coronavirus pandemic escalated

Overnight, Asia struggled to build on yesterday’s strong gains. Tokyo, Sydney and Taipei rose, while Seoul, Manila and Jakarta put on more than 1 per cent but Hong Kong, Shanghai, Mumbai, Singapore, Bangkok and Wellington all fell.

In UK company news, security group G4S jumped 7 per cent after Canada’s GardaWorld raised its offer for the British firm, valuing it at £3.68billion.

There’s a distinct lack of fizz from the Pfizer vaccine UK approval on the London market, with the FTSE 100 opening flat.

The vaccine roll outs had already been largely factored in and helped the FTSE 100 gain by more than 12 per cent in November, the biggest climb for 11 years.

The breather comes after the roaring session on Tuesday and after a record close for the S&P 500 in New York on hopes a massive stimulus deal will be agreed for the US economy.

There is likely to be a certain amount of profit taking today, but also investors may be taking a breather to assess just how quickly a spending plan could be delivered and how large it will be.

Eyes and ears are also turning to the Brexit talks, which still hang in the balance.

Nervousness about the outcome of negotiations pushed sterling below 1.11 against the euro, and we should expect further volatility with concerns still high that the UK could end the transition year without a trade deal in place.

Today, the UK became the first country in the world to approve the Covid-19 vaccine from Pfizer and BioNTech, paving the way for vaccination to start next week.

The jab has been shown in studies to be 95 per cent effective and works in all age groups. The UK has ordered 40million doses, enough to vaccinate 20million people.

Around 10million doses will be available for use in the UK shortly for priority groups, including healthcare workers. Details on who will receive it first will be set out today.

Meanwhile shoppers were queuing early outside shops in London’s Oxford Street on what has been dubbed ‘Wild Wednesday’.

Business leaders hope customers will return to their local stores in the final weeks before Christmas as lockdown ended today.

In its place, much of England is under Tier 2 and 3 of the new Covid-19 restrictions which limits social contact between households, but allows non-essential shops to reopen.

In preparation, retailers have made their buildings safe for customers while some have organised festive events to entice shoppers.

As before when shops reopened following the first lockdown, many have implemented measures to limit the number of people entering shops, as well as enforcing social distancing rules, setting up hand sanitiser stations and carrying out more frequent deep cleaning.

Debenhams experienced a surge in visits to its website last night ‘to unprecedented levels’ as it urged customers to be patient while it deals with demand.

It comes amid a high street bloodbath, with the jobs of around 25,000 staff at Arcadia and Debenhams hanging in the balance.

Some 13,000 staff at Sir Philip Green’s Arcadia Group face an anxious wait following the business collapsing into administration, and Debenhams, which is already in administration, said it would start a liquidation process after JD Sports confirmed it had pulled out of a possible rescue. The department store has around 12,000 staff. 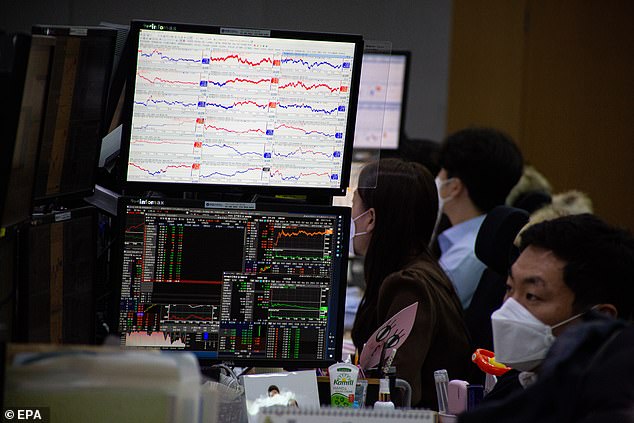 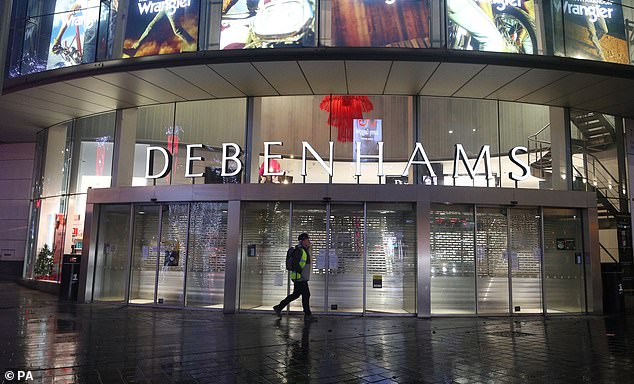 Meanwhile, in a bid to liven up the West End, Westminster City Council is extending al fresco dining in central London for another six months.

For customers heading to John Lewis, they are encouraged to go on the store’s website to pre-book a slot to visit their local shop up to 14 days in advance.

Meanwhile, retail giant Primark has reopened its 153 stores with longer shopping hours, while 11 stores will be open for 24 hours from 7am on Wednesday.

Daphne Bramham: Uyghurs deserve answers from both China and Canada

Italy’s birthrate is falling. Can the storks help? | Italy

Indians can now take Lufthansa from North America & other places globally to India...