With the advent of connected and autonomous cars, many experts and interested automakers hope to increase road safety beyond our wildest imagination. But we all know that it’s probably impossible to get there in a single, giant leap. So, baby steps might do the trick – if there’s enough of them.

The second-largest U.S. automaker is taking such an incremental step forward alongside its partners. Ford’s European subsidiary has recently announced that (some of) its cars will become eligible to share information about eventual road hazards or safety incidents with vehicles from other automakers.

The move comes in a bid to help warn other drivers in advance of potential menaces. The Blue Oval’s Local Hazard Information connected car technology has already been implemented to provide other Ford drivers with forewarning information about potential safety incidents.

Now the company has signed a new road safety data sharing agreement that enables other drivers of connected vehicles from multiple manufacturers to benefit from the same road safety warnings.

This new agreement is backed by the European Commission through its Data for Road Safety strategy, and Ford will be sharing connected vehicle data with partners such as BMW, Volvo, Mercedes-Benz, and navigation outlets TomTom or Here, as well as the European Union’s traffic management centers.

“Connected vehicles help drivers to anticipate hazards that may be lurking just around the next bend,” explains Peter Geffers, the Connected Vehicles manager at Ford of Europe. “Road-safety data sharing ecosystems are more effective the more vehicles and telematics sources they include.”

Local Hazard Information was first introduced on the Puma crossover early last year and is now being offered on other models, such as the larger Kuga SUV. The feature is enabled through the company’s proprietary FordPass Connect modem and is offered as a free subscription following the first year since the purchase.

The tech is designed to warn drivers of potential dangers that are yet out of sight. The new agreement for multi-maker cooperation comes after a 16-month trial that included millions of the so-called Safety Related Traffic Information (SRTI) messages being sent to different vehicles from the Ford, BMW, Mercedes-Benz, and Volvo brands. 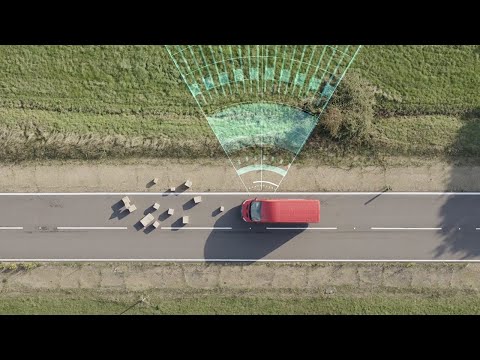 Fourth wave in a coffee cup- The New Indian Express