Kate Middleton started her relationship with Marlborough sweetheart Willem Marx, 38, in 2000, during her time at the prestigious Wiltshire boarding school.

The pair remained friendly over the years and in 2007 were pictured together leaving Boujis nightclub in South Kensington. The Duke and Duchess of Cambridge also invited him to their wedding in 2011.

Marx studied Classics at Oxford University before moving to the United States to complete a MA in journalism at New York University.

He is currently working as an NBC News Correspondent based in London and has previously worked for as a correspondent for CBS News, based out of their Kabul and later London bureaus.

The journalist has also reported stories for Al Jazeera English, Sky News, Bloomberg, the BBC and NPR. He went on to marry Italian television presenter Johanna Botta in 2014 and are parents to a young son. 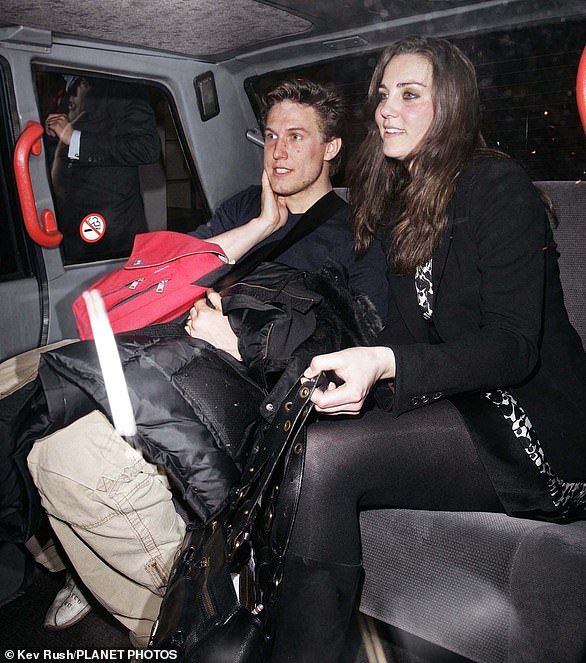 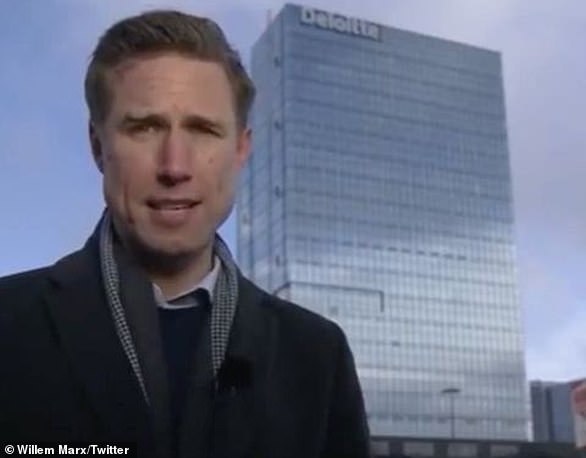 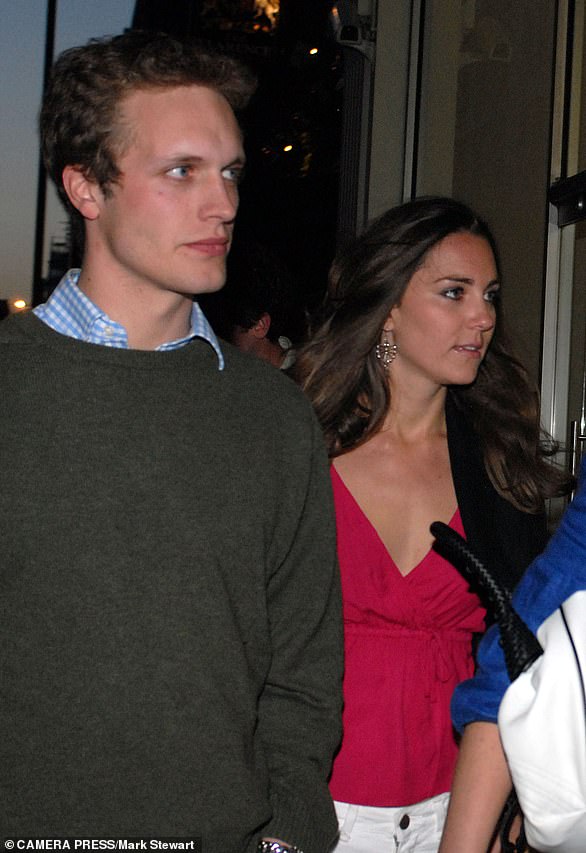 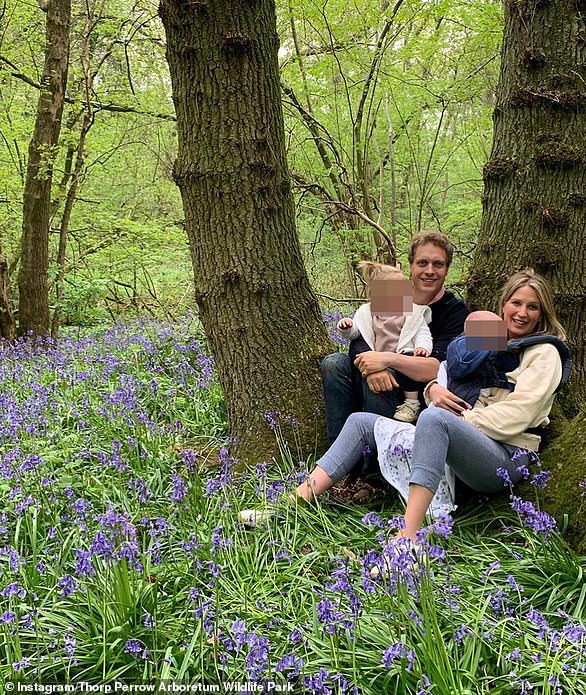 Kate and William broke up twice during their relationship, with the Duchess of Cambridge dating shipping heir Henry Ropner during their second in 2007.

Ropner, whose family own a £33.7million shipping management firm, married Natasha Sinclair back in July 2011 and currently lives with his family in Somerset.

The wedding took place just three months after Kate and Willaim’s nuptials, with the Duke and Duchess of Cambridge in attendance. 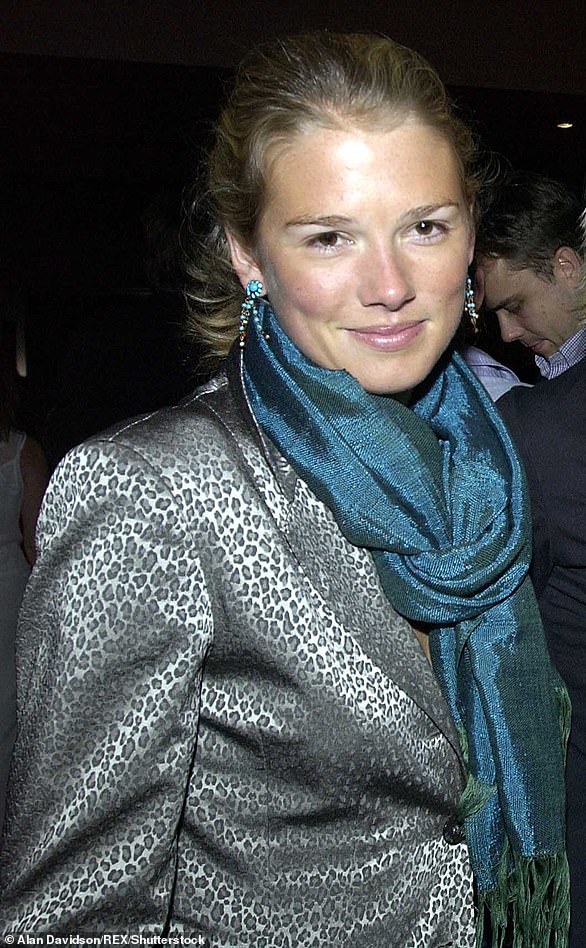 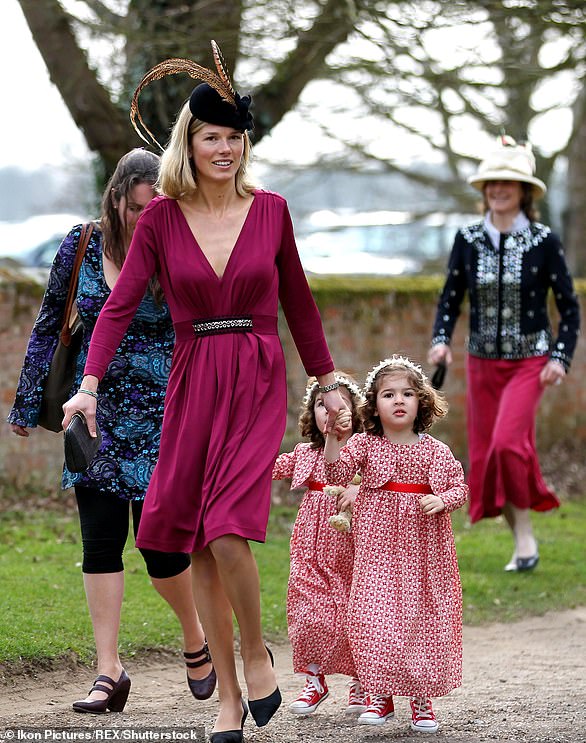 Davina, 40 dated William briefly before he left for university in the late 1990s and once accompanied William on a cruise of the Aegean Sea in 1999 with Prince Charles and Camilla.

Davina comes from old money, being the daughter of Norfolk landowner Old Etonian Anthony Duckworth-Chad. who lives at 40-room Pynkney Hall near King’s Lynn. Her brother, James, was equerry to the Queen.

Davina’s mother was Diana’s cousin, her father’s a friend of Charles and her brother was a royal equerry.

The two are still family friends and Davina was invited to the royal wedding in 2011 and is reportedly part of the royal set who lives just a stone’s throw from their lockdown home Anmer Hall.

She is married to Tom Barber, an Old Etonian son of a baronet, and they have twins, India and Sienna, eight. 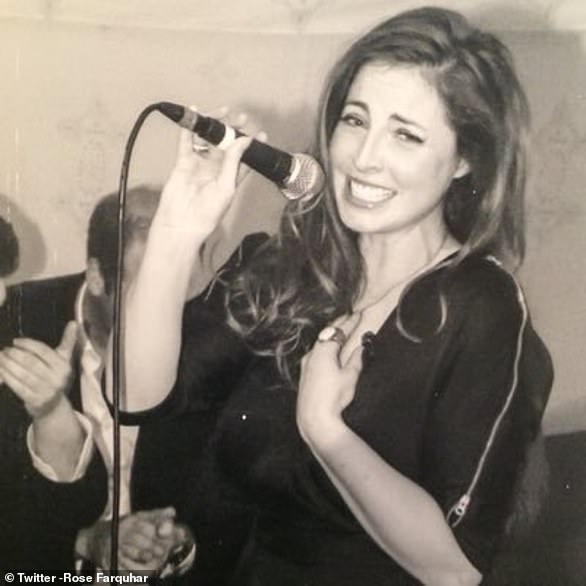 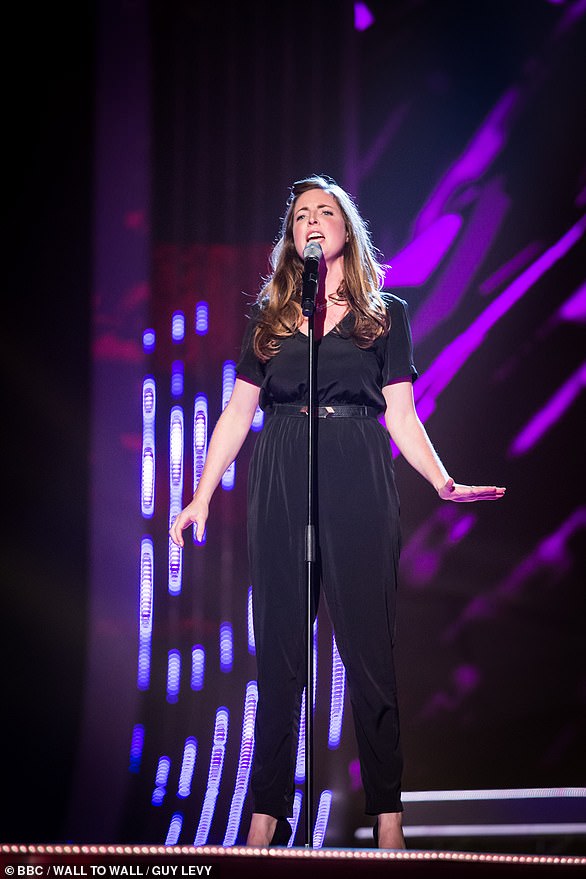 In 2016 Rose, who studied Musical Theatre and Acting in New York City, failed to make it past the auditions stage of ITV’s The Voice

Rose, 35, briefly dated William in 2000 after he finished his A levels at Eton after meeting at the Beaufort Polo Club in Gloucestershire.

The youngest daughter of Captain Ian Farquhar, master of the Beaufort Hunt, has been called William’s ‘first love’ and is now a singer who splits her time between London and Gloucestershire.

Rose appeared on 2006’s How Do You Solve A Problem Like Maria?. She got down to the last 18 in the show to find a Maria for the West End production of The Sound Of Music.

Following the programme, she went on to receive a BBC Fame Academy Award to study Musical Theatre and Acting in New York City. In 2016 Rose failed to make it past the auditions stage of ITV’s The Voice.

Despite their romance faltering, Rose and William have always stayed on good terms and often see each other at society weddings due to their mutual friends in common. 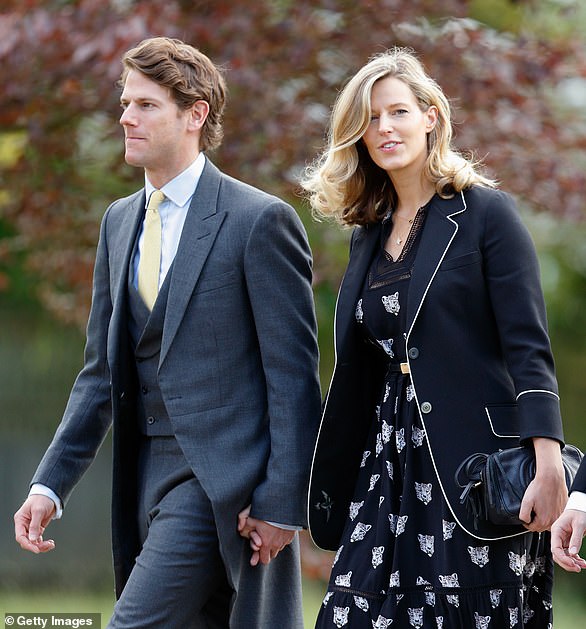 Olivia Hunt, 35, is pictured with her husband Nicholas Wilkinson at the wedding of Pippa Middleton and James Matthews in 2017 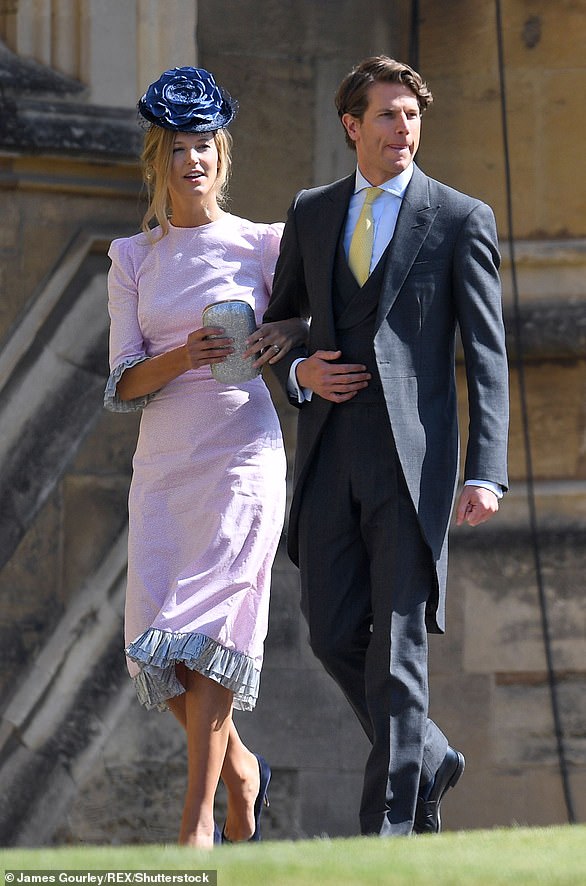 Olivia Hunt, 35, briefly dated William before meeting Kate in his first year at St Andrews when she was at Edinburgh University studying English and History.

Their relationship ended after the Prince caught a glimpse of Kate in her famous see-through dress in a catwalk fashion show.

She and William have many posh mutual friends, such as the van Cutsems. Her best friend Mary Douglas-Home’s father is close to the Queen.

Olivia remained good friends with the couple and she was invited to the Royal Wedding in 2011, and the wedding of the Duchess’ younger sister Pippa Middleton and James Matthews in 2016.

The sister-in-law of TV adventurer Ben Fogle married Nicholas Wilkinson at the historic Temple Church in 2016.

She is currently Executive Director at The Arts Club, a private members’ club in the heart of Mayfair founded in 1863 to provide a haven for those with a keen interest in the Arts, Literature or Sciences. 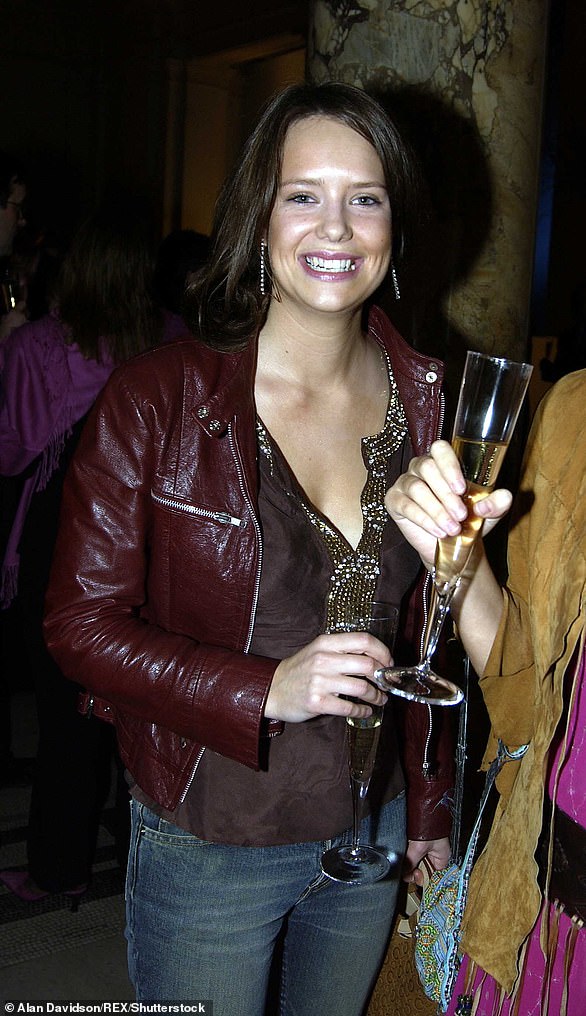 Daughter of Major Nicholas Musgrave, former manager of Cirencester Park Polo Club, Arabella, 37, is another ex of Prince William. She is pictured in 2002 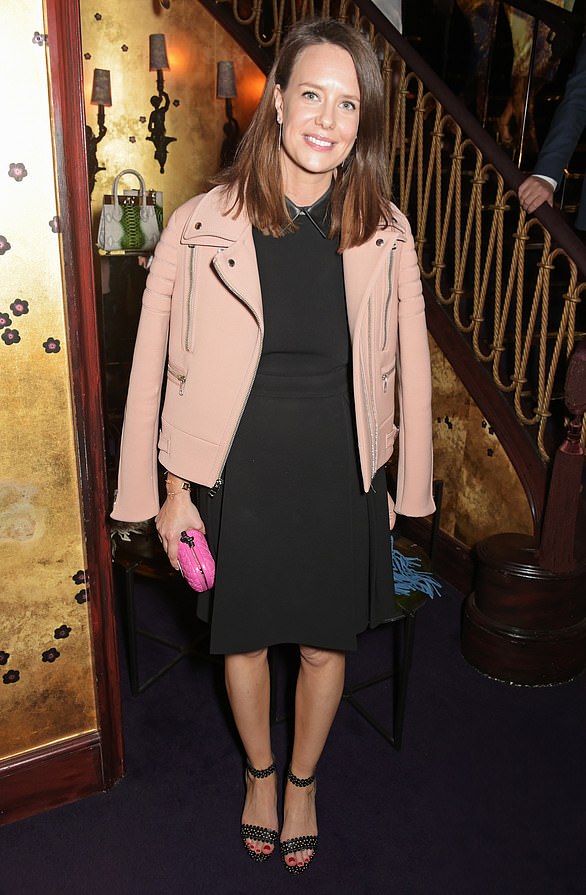 Last year it was reported she had landed the job as Gucci’s head of PR. She is pictured at the Walkabout Foundation Event hosted by Dee Ocleppo And Tommy Hilfiger at Loulou’s in 2015

She was in a relationship with William for nearly a year back in 2001 and it is said Prince Charles was a fan.

In 2014, she married George Galliers-Pratt of the Cayzer banking dynasty. They have a four-year-old daughter.

Her lavish wedding featured in US Vogue and last year it was reported she had landed the job as Gucci’s head of PR.

Prince William has been romantically linked to Jecca Craig, pictured at the wedding of Lucy Meade and Charlie Budgett 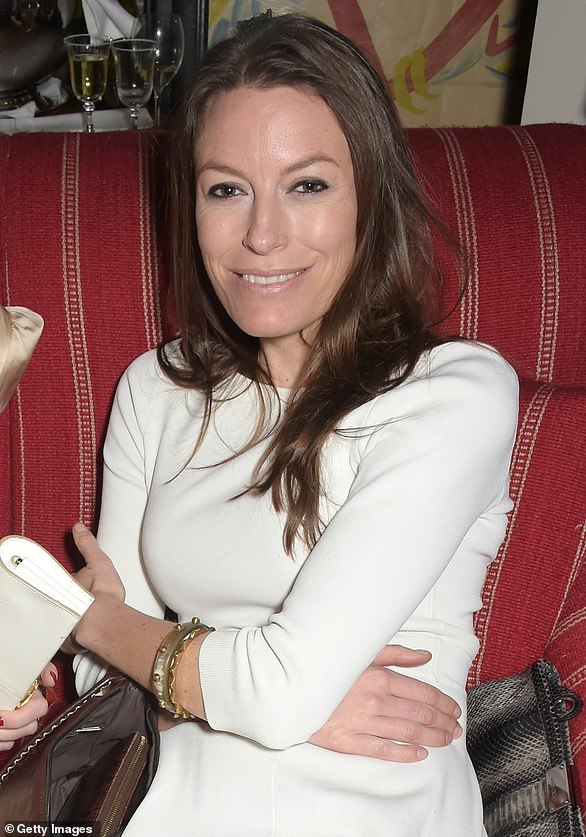 The prince has known the Craig family since he travelled to their wildlife conservancy in Kenya. Craig is pictured in London in 2015

Prince William has been romantically linked to Jecca Craig after first meeting in in 1998 in Kenya during a school holiday.

The prince has known the Craig family since he travelled to their wildlife conservancy, nestled in the shadow of Mount Kenya, during his gap year after Eton in 2001.

Jecca’s father, Ian, has become something of a father figure to William over the years and both men share a passion for wildlife and conservation.

Jecca, who helped found Panthera, the world’s largest conservation organisation, is currently undergoing a doctorate on the use of remote camera traps and other technology to monitor and manage protected areas. 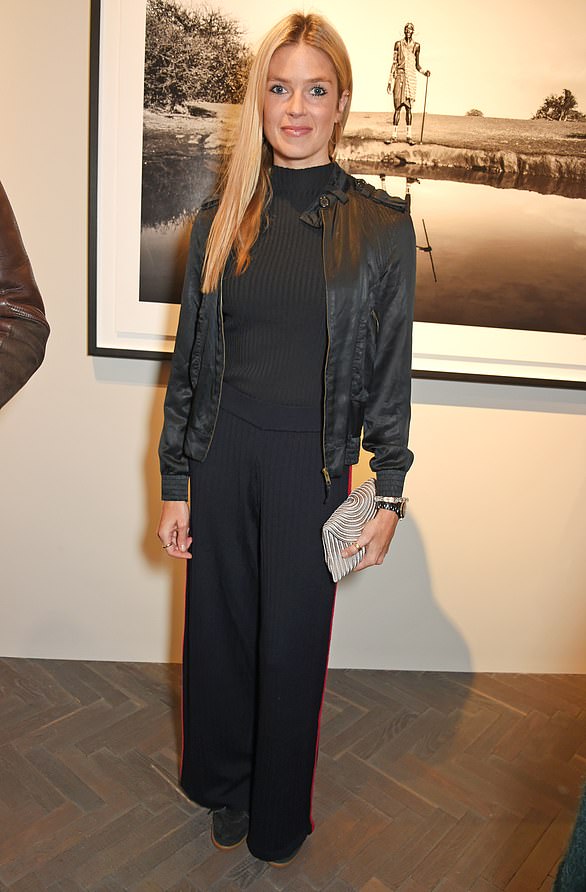 William met socialite, actress and model Isabella Calthorpe, pictured in 2017, from Winchester, through Princess Eugenie in 2001 and reportedly developed a crush on her in 2004 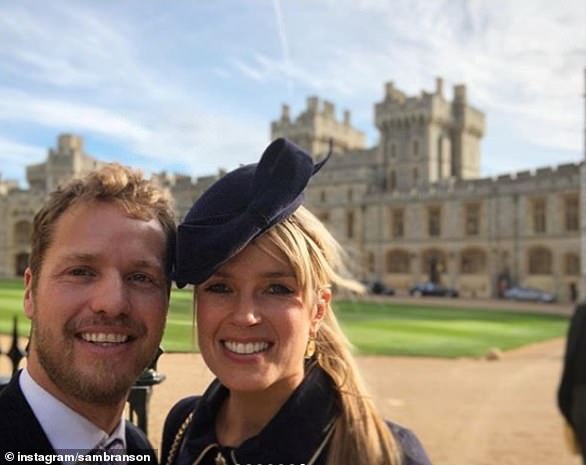 William met socialite, actress and model Isabella Calthorpe, from Winchester, through Princess Eugenie in 2001 and reportedly developed a crush on her in 2004.

The daughter of John Anstruther-Gough-Calthorpe and Lady Mary-Gaye Georgiana Lorna Curzon, Isabella is the half-sister is Cressida Bonas, who famously dated Prince Harry for years.

She remains close friends with Princess Beatrice of York and Princess Eugenie of York, both of whom attended her wedding and attended Kate and Williams wedding in 2011.

Alongside husband Sam, Bellie regularly takes part in charity hikes for the Big Change Charity, co-founded by Princess Beatrice, 31, alongside Sam and five other friends in 2010

The big Huw Edwards interview: Welsh identity, language, the future of the UK, the BBC and that tweet