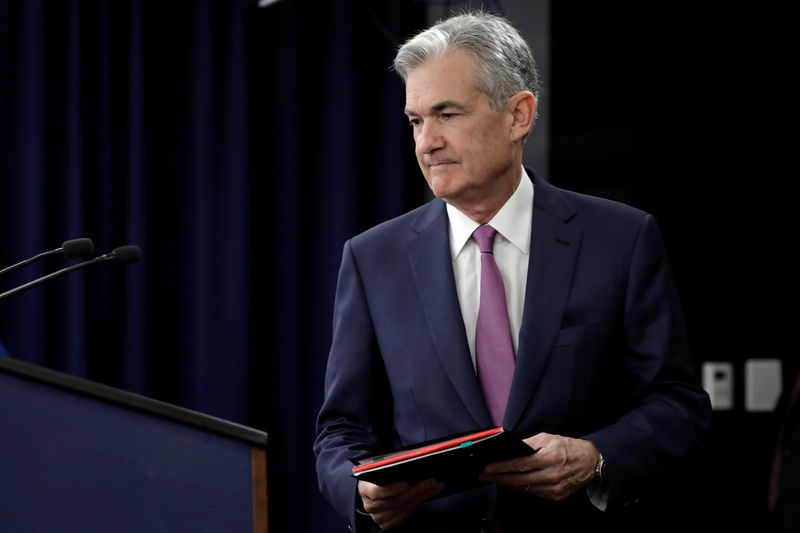 Investing.com — Federal Reserve members continued to back accommodative monetary policy measures to keep the economic recovery on solid footing amid ongoing worries about the impact of the Covid-19 pandemic, according to the July meeting minutes released Wednesday.

At the conclusion of its previous meeting on July 28-29, the Fed kept its unchanged in range of 0% to 0.25% and stressed that rates would be kept near-zero until it was “confident that the economy has weathered recent events.” At the meeting, Fed officials discussed the ongoing economic fallout of the viral pandemic, which shut down businesses and cost millions of Americans their jobs.

“We projected rate of recovery in real GDP, and the pace of declines in the unemployment rate, over the second half of this year were expected to be somewhat less robust than in the previous forecast,” the Fed said in the minutes.

The Fed also said the rebound in consumer spending from its trough in April had been “particularly strong,” supported by fiscal stimulus measures. “Participants observed that with this rebound, household spending likely had recovered about half of its previous decline.”

The Fed has pledged not to raise rates anytime in the near future, until inflation and employment numbers hit their mark. But with inflation lagging the Fed’s 2% target, policymakers appear in no rush to lift rates.

The recent low monthly readings of PCE prices, the Fed’s preferred inflation measures, suggested the pace of inflation would likely “continue to run well below the committee’s 2 percent objective for some time,” the Fed’s minutes showed.  “Participants also noted that a highly accommodative stance of monetary policy would likely be needed for some time to support aggregate demand and achieve 2 percent inflation over the longer run.”

While short-term rates are targeted near zero, longer-term real interest rates have turned negative. That has sent the price of gold soaring to a record above $2,000 an ounce while the dollar has tumbled against other world currencies.

Markets surged ahead of the release of the minutes. Traders and investors were looking for any changes to the central bank’s thinking on the economic recovery, especially given improved jobs and other economic data that has come out since the Federal Open Market Committee’s meeting last month.

What remains to be seen is whether the Fed will be more accommodative than it was even after the financial crisis. Twelve years ago, the Fed cut rates to zero  and held them there for six years, long after the economy and markets had recovered.

How Mauritius Became The Hottest Investment Opportunity On The Continent

Digital Payments and Fintech Adoption Surged in India during COVID, while Other Sectors Struggled...

Behind the scenes of resurrecting the Bach Fest in times of...

#BigStory: Will the barometer to gauge a film’s success have to...