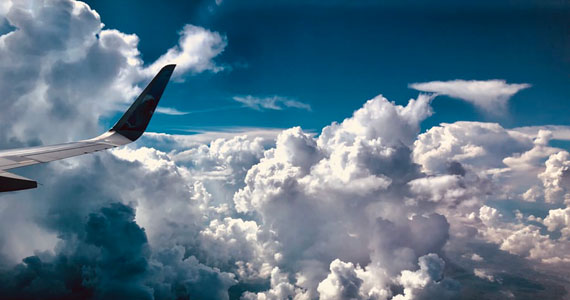 The European Aviation Network (EAN), Europe’s fastest inflight Wi-Fi service, can now be accessed by passengers on more than 250 aircraft across the continent, highlighting its accelerated rollout since entering commercial service.

The award-winning connectivity solution has been available to over 20 million passengers to date, traveling on more than 200,000 flights throughout Europe, covering key destinations such as London, Madrid, Barcelona, Geneva and Rome. It is currently available with British Airways, Iberia and Vueling, which are all part of International Airlines Group (IAG).

EAN has been developed by Inmarsat, the world leader in global, mobile satellite communications, and Deutsche Telekom, in partnership with leading European companies such as Thales, Nokia, Airbus, Cobham and Eclipse Technics. It marks a paradigm shift in the airline passenger experience, with incomparable speeds, uninterrupted coverage and significantly lower latency than any other inflight Wi-Fi network in the continent.

Philip Balaam, President of Inmarsat Aviation, said: “EAN has transformed the inflight broadband market in Europe, offering unprecedented performance that has been truly embraced by airlines and their passengers. Usage has consistently increased since it entered commercial service and EAN experienced record data traffic in the summer and autumn months last year, reflecting an even stronger desire to stay connected amongst passengers flying during the COVID-19 pandemic.”

“An important factor in crossing more than 250 aircraft activations, including British Airways’ entire short-haul fleet, has been the record-breaking installation time we have achieved with EAN – less than nine hours per aircraft. This will ensure a smooth rollout on remaining IAG aircraft and we’re excited that even more passengers will soon have access to the industry’s best-in-class inflight connectivity, providing the same quality of broadband that people expect on the ground, from the comfort of their cabin.”

Rolf Nafziger, Senior Vice President at Deutsche Telekom Global Carrier and Global Business, said: “EAN is perfectly adapted to Europe’s unique telco infrastructure and a true game-changer in inflight connectivity. For passengers, it offers an unparalleled connectivity experience while in the air above the European continent. For carriers, it provides a highly compelling business case due to its lightweight, small and low maintenance equipment.”

EAN has been designed from scratch specifically for the needs of European aviation, delivering consistent inflight broadband across Europe, one of the world’s most congested airspaces. EAN is highly advanced and its fully integrated system delivers consistent high-speed broadband on flights, enabling passengers to seamlessly browse the internet, stream videos, check social media, enjoy real-time interactive applications such as gaming, and more.

The Boeing Company  board of directors announced that Lynne Doughtie has been elected to the board, replacing Caroline Kennedy who has resigned following three years of dedicated service. Doughtie, 58, retired from KPMG in 2020, after serving as U.S. Chairman and CEO since 2015. One of the world’s leading professional services firms, KPMG operates in 147 countries and territories employing more than 219,000 people. She will serve on the Audit and Finance committees. “Lynne Doughtie is a highly-accomplished executive with a demonstrated track record of leading a world-class organization,” said Boeing Chairman Larry Kellner. “She will provide perspective reflecting her global leadership roles and experience advising clients on complex matters as well as significant risk management expertise. We look forward to working with her.”

As the first woman to be elected U.S. Chairman and CEO of KPMG, Doughtie served as a member of KPMG’s Global Board and Executive Committee. Doughtie joined KPMG’s Audit practice in 1985, before serving as the lead partner for several strategic clients across industries and holding leadership roles including Vice Chair of the firm’s U.S. Advisory business. During her tenure, KPMG experienced strong growth and made significant investments in quality and advanced the firm’s culture and values. Doughtie has been recognized by Fortune’s Most Powerful Women, Crain’s New York Business’ 50 Most Powerful Women in New York, Accounting Today’s Top 100 Most Influential People, the National Association of Corporate Directors’ 100 most influential people in the boardroom, and Glassdoor’s list of Top CEOs. “We welcome Lynne Doughtie’s impressive track record of advancing organizational goals through culture and innovation,” said David Calhoun, Boeing President and CEO, and member of the board of directors. “Lynne’s values-based leadership will further strengthen our board.”

“Boeing is a remarkable American company serving a critical role in the global economy,” said Doughtie. “I look forward to joining this distinguished board.” Kennedy, who joined the board in 2017, served as a member of the Audit; Compensation; Finance; and Governance, Nominating and Organization committees. Previously, Kennedy served as U.S. Ambassador to Japan from 2013 to 2017. “On behalf of Boeing and its board of directors, I want to express my gratitude to Ambassador Kennedy for her leadership and exemplary service,” Kellner said. “It’s been a privilege to serve alongside Ambassador Kennedy,” Calhoun said. “I’m grateful not only for her contributions to Boeing, but for her service on behalf of our country.”

Covid-19 vaccine rollout: How India Inc is gearing up to immunise its employees