We really have made it almost a right to park as opposed to a right to housing. Cars have much more protection than people do…

— Professor Ellen Dunham-Jones, quoted by reporter Shayla Love in her article, “The people the suburbs were built for are gone,” on Vice.com, January 21, 2021

In the quote above, Professor Dunham-Jones is reacting to a question posed by Vice.com reporter Shayla Love, who has evidently read the new book, Case Studies in Retrofitting Suburbia: Urban Design Strategies for Urgent Challenges, co-written by Ms. Dunham-Jones, professor of architecture at the Georgia Institute of Technology, and June Williamson, an associate professor of architecture at the City College of New York.

I haven’t read the book, Case Studies in Retrofitting Suburbia, but according to Ms. Love’s reporting and the Vice.com interview, the two professors have, for many years, been fascinated with how the US might retrofit one of the most prominent, and dysfunctional, features of the American Dream — Suburbia — to meet the needs of the 21st century. 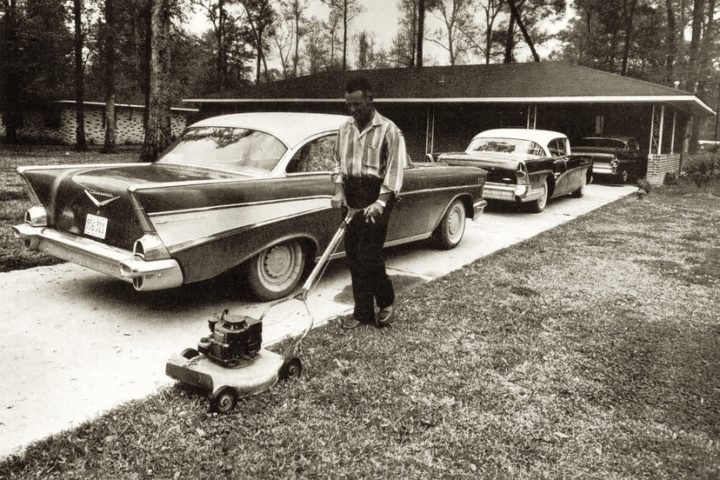 Suburbia seemed like a wonderful idea, back in the ’40s and ’50s and ’60s, during the post-war Baby Boom — when vast swaths of formerly agricultural land were chopped up into quarter-acre parcels arranged around dead-end cul-de-sacs, connected by commuter highways to distant jobs, shopping, and services — where every family had a dog named Spot and a cat named Tiger, plus two cars, 2.3 children, and two married parents with Valium prescriptions.

We really have made it almost a right to park as opposed to a right to housing. Cars have much more protection than people do…

Re-thinking our relationship with our vehicles, perhaps.

Do automobiles truly rule the earth? Are we, supposedly freedom-loving Americans, in many ways controlled by our own machines? Haunted by our own creations, so to speak?

Is it partly the suburban car-centric development model that has led America into a crisis? 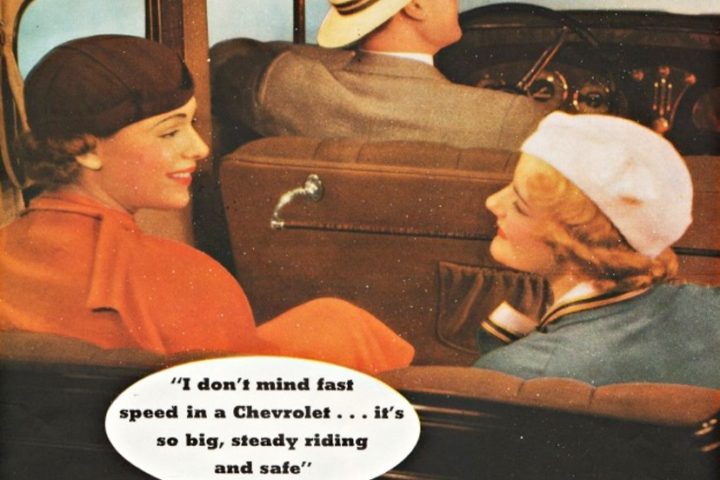 The community known as Pagosa Springs developed, during its first 90 years or so, as a classic rural town, erected upon an agricultural economy of forest products and sheep and cattle ranching, augmented by the harvesting of wild game animals. The spirit of suburban sprawl that had captured the imagination of so many development companies and families, starting in the 1940s, had been infecting the areas surrounding America’s metropolitan cities for 25 years already when that same spirit arrived in Archuleta County in the early 1970s, courtesy of Ralph Eaton and his fellow developers. The result was, among other things, the 21-square miles of suburban sprawl now known as Pagosa Lakes — essentially, 21 square miles of neighborhoods totally dependent upon automobile transportation, where 90 percent of the population would forever be required to drive their cars in order to engage in almost any type of economic or social or educational activity outside of the home.

21 square miles of neighborhood homes sized to accommodate a married couple, a dog named Spot and a cat named Tiger, and 2.3 children, and two cars. (Or rather, since this was a traditionally rural community, one SUV with a ski rack and one pickup truck with a gun rack.)

One little problem, though. America, in the 21st century, no longer looks anything like it looked in 1970 when Ralph Eaton and his fellow developers drove into town and began purchasing cattle ranches and water rights to build out — at a nice profit — a community that would begin to appear dysfunctional 40 years later.

Not that Pagosa Springs has become unattractive to newcomers. Not at all. As we saw during the First Year of the Pandemic, folks from outside the community exhibited a strong hankering for Pagosa homes. According to a recent Daily Post article by realtor Lee Riley:

2020 in Pagosa Springs was the busiest year ever. I’m starting my 31st year in the business, and it’s been a whirlwind of activity. Through August of this year, sales were still down compared to last year. On September 1st, sales were up 1% for the year. After an extremely busy fall, we ended the year up 32%.

Home sales ended up 39% and inventory was down 55%. Condo sales were up 26% and inventory down 85%. Currently, there are only four condos or townhomes left on the market. That is not a misprint! It is hard to fathom that number. Land sales were up 27% and inventory was down 28%. Overall real estate sales ended the year at 1,087 total sales. The last time we sold over a thousand properties was back in 2005. You may recall that 2005 was the peak of the vacant land boom, when National Recreational Properties, Inc. bought up all the inventory they could get their hands on, and then quickly flipped the properties. Back in 2005, vacant land represented 63% of all sales. Today it is down to 41%.

Mr. Riley’s charts provided even more information about what happened in Pagosa in 2020: 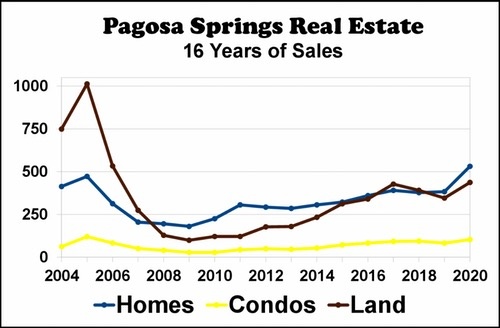 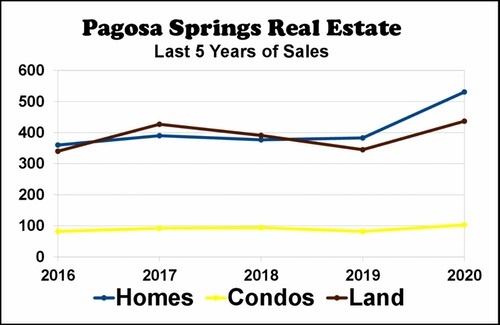 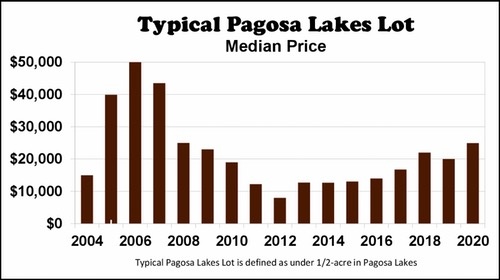 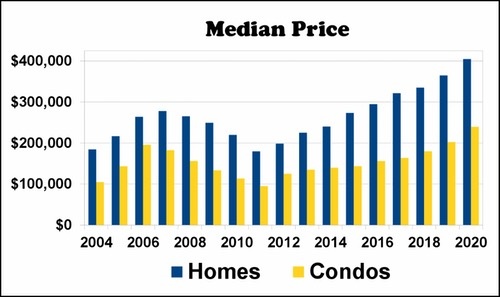 So, what should we expect in 2021? Most likely, sales will be down this year due to lack of inventory. Prices will continue to rise, due to supply and demand. Hopefully, lumber costs will start to go down once the lumber yards and producers get back up to speed.

One of the biggest shifts is that the U.S. now is a majority of one to two person households. And yet, the majority of land within regional urban boundaries is zoned for single-family houses. That already is something of a mismatch.

The expectation going forward is that something like 80 percent of new households that will form over the next 15 years will be these one to two person households. A lot of them would prefer an apartment or a condo — smaller units.

And perhaps, an expectation of a world less dependent upon cars?

Bill Hudson founded the Pagosa Daily Post in 2004 based on the belief that community leaders often tell only one side of the story… while the public deserves to hear all sides.