EDMONTON — As the Arizona Coyotes sat on seven shots on goal through 40 minutes, the hockey world waited for the push.

Give us a sign — any sign — that the Coyotes had a card up their sleeve, or some bullets that were being saved for a late-game onslaught.

It sounds like their head coach, Rick Tocchet, wasn’t so hopeful.

“Darcy Kuemper, first star again,” lamented Tocchet off the top of his post-game news conference, referencing his goaltender. “You’ve got to be able to make a five-foot pass and support it. It starts with that. 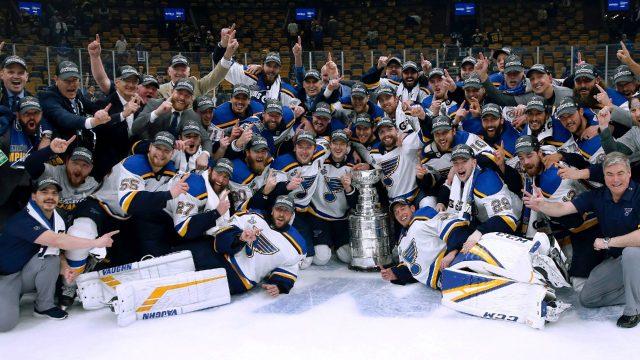 Kuemper held the fort through almost 47 minutes of scoreless hockey, despite a shot clock that read 13-3 after one period and 28-7 after two, in favour of Colorado.

Then, with 6:55 left in regulation, Nazem Kadri’s power-play goal finally busted open a 0-0 game. Ten seconds later, J.T. Compher shovelled a puck past Kuemper for a 2-0 lead, and 1:13 after that, it was Mikko Rantanen’s turn to score.

And those bullets the Coyotes were saving? Heck, they never even unlocked the gun case.

“We’re not sitting here saying, ‘Everyone stay back.’ That’s not what the coaches are preaching,” Tocchet promised. “I mean, make a play. You’ve got to have energy, smarts. I’m just disappointed with the club because we had a great opportunity. We had a terrible practice yesterday… There’s nothing more to say.”

We get it. The coach expected more from a team that actually scored some goals in its Qualifying Round series win over Nashville. But it is also fair to wonder, what is it that makes Tocchet think his team is ready to change its stripes?

The Coyotes ranked 23rd in goals scored this regular season. As a franchise, that was trending way up.

As we watched them relentlessly defend, and then go on offence like a guy driving with both feet on the brakes, it took us back to a piece we wrote earlier this season, after another dreary night of Coyotes hockey on a cold November night.

“For 23 seasons, watching the Coyotes has been like reading a philosophy thesis,” we wrote that night. “They wrap the game in a neutral zone straight jacket, and strangle the entertainment out of it like 20 pythons. Vice grips on skates, they are. A bank vault from which excitement can never be withdrawn.

“If this style was a business plan, would the Coyotes have hit double digits in owners since they left Winnipeg for the desert? Honestly, there are ’82 Skodas with less owners than this franchise has had.”

Clearly, if Tocchet was surprised to see his team’s popgun offence in losing Game 1 of their series with Colorado, he was the only one.

“It’s nothing we didn’t expect to be coming our way coming into this series,” Avalanche head coach Jared Bednar said. “Arizona is a real tight-checking team, always above pucks, make you work for every inch of ice you can get. It’s not easy to get to the net on them. And when you do… you run into Kuemper.

“It’s our job as a coaching staff to prepare (the players) so they know what’s going to come their way in a series. Our message was that — that they were going to check. That it would be difficult to create scoring chances. And when you do, you run into a big goalie who won’t give you any easy ones.”

It’s one thing to defend well. That is part and parcel of winning in the Stanley Cup Playoffs.

But the time must come when a team extends itself on offence. When breaking in on the opposition goal can occur without being mindful of where one should be positioned in case the shot doesn’t go in.

“Sometimes you have to play ugly hockey. We did that for a while,” said Arizona captain Oliver Ekman-Larsson. “We didn’t create enough tonight.”

“Our group is comfortable playing in a game like that,” said centre Derek Stepan, who did not register a shot on goal. “I thought we had a good grasp… although the shots were getting higher. We’re fine with that. We’re a comfortable group playing that way.

“It’s definitely a balancing act. We have to continue to work on the defensive side, but we need to find the balance between knowing when to push. It’s an easy adjustment. Our group has proven we can do it. It’s a race to four and they got the first one. We move on.” 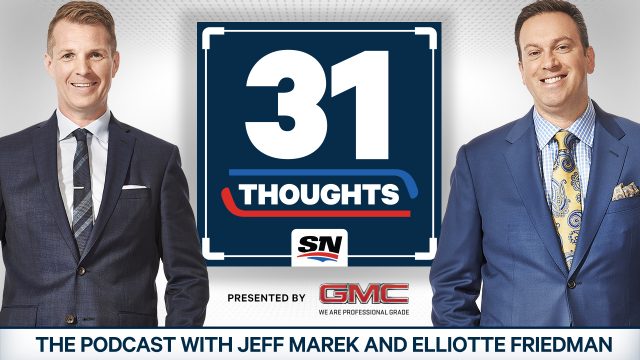 Jeff Marek and Elliotte Friedman talk to a lot of people around the hockey world, and then they tell listeners all about what they’ve heard and what they think about it.

The one goal the Coyotes managed to accomplish was to keep Colorado superstar Nathan MacKinnon without a shot on goal. He added his only assist in 18:22 of ice time on a perfect three-way passing play that ended on Rantanen’s tap-in goal that iced the game at 3-0.

On this night it was Maple Leafs refugee Kadri that did for his club exactly what the Leafs needed someone to do in their last game. He was relentless in Game 1, hoisting seven shots on goal and finally scoring the ice-breaker on an Avalanche powerplay at 13:05 of Period 3.

Bednar called Kadri his best forward on the night.

“Good decisions. High percentage plays all over the ice. Had the most dangerous looks at their net. And then he finally gets rewarded,” the coach said. “Teams key on the MacKinnon line, but then you have guys like Naz step up and get the ball rolling. Joe (GM Sakic) and his staff targeted some depth guys last off-season, and Naz is a big part of that. We need that type of depth scoring from him throughout these playoffs.”

So we’re off and running in Colorado-Arizona, and the battle lines are set. It’s Arizona’s goalie versus Colorado’s arsenal.