Bees and flies suffer from insomnia, too, and without a good night’s sleep, insects struggle to perform their daily duties, whether caring for the hive brood or collecting nectar.

According to a pair of new studies, bees and flies exposed to neonicotinoid insecticides are more likely to experience restless nights.

“The neonicotinoids we tested had a big effect on the amount of sleep taken by both flies and bees,” Kiah Tasman, lead author of the new studies, said in a news release.

“If an insect was exposed to a similar amount as it might experience on a farm where the pesticide had been applied, it slept less, and its daily behavioral rhythms were knocked out of sync with the normal 24-hour cycle of day and night,” said Tasman, a neuroscientist with the University of Bristol in Britain.

“Being able to tell time is important for knowing when to be awake and forage, and it looked like these drugged insects were unable to sleep,” said study co-author James Hodge.

“We know quality sleep is important for insects, just as it is for humans, for their health and forming lasting memories,” said Hodge, an associate professor of neuroscience at Bristol.

One previous study showed that fruit flies that are injured or impaired rely on sleep to bolster other abilities and make up, as best they can, for their deficits.

“Bees and flies have similar structures in their brains, and this suggests one reason why these drugs are so bad for bees is they stop the bees from sleeping properly and then being able to learn where food is in their environment,” said co-author Sean Rands, ‪behavioral ecologist and a senior lecturer at Bristol.

Neonicotinoids are banned in the European Union, but as Britain prepares to leave the EU, scientists are concerned that regulatory lapses could leave pollinating insects in the country vulnerable.

Our Polluted World and Cleaning It Up 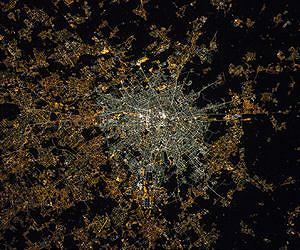 
“It’s about time they passed this law. We’re fed up with this smoke!” declared Massimo Gabbiadini, a shopkeeper in Piazza del Duomo, after Milan banned smoking in many outdoor places.

“But I will wait and see if the rules are enforced. In the north of Europe people respect the law, but in Italy?” the 54-year-old told AFP.

Italy’s financial and fashion capital on Tuesday became the first city in the country to ban smoking in many open-air public places such as parks, stadiums, bus stops and even … read more

15 Biggest Recycling Companies in the World

Luxe carmakers bet on ‘affordable’ wheels to drive out of slowdown