Biochar is a charcoal-like substance that primarily comes from agricultural waste. It is a promising material for adsorbing and removing wastewater contaminants, especially if derived from cotton gin waste and guayule bagasse.

Treated wastewater can harbor many known and emerging contaminants, such as those pharmaceutical wastes.

A research team has conducted a new study that compared and evaluated biochar’s ability to adsorbing three common compounds from pharmaceutical wastes in aqueous solutions. 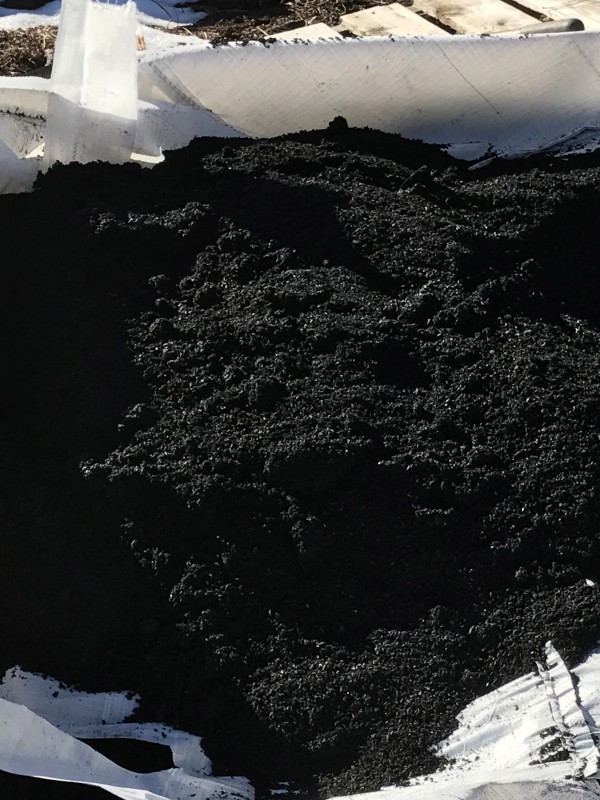 (Photo: Wikimedia Commons )
Biochar is a charcoal-like substance, which primarily comes from agricultural waste. It is a promising material for adsorbing and removing wastewater contaminants, especially if derived from cotton gin waste and guayule bagasse.

READ: Japan To Dump 1m Tons of Fukushima’s Radioactive Water Into the Sea

Adsorption involves a material, such as a compound derived from a pharmaceutical, sticking to another compound’s surface, such as a solid particle of biochar.

In contrast, absorption involves a material being internally taken into another material, such as a sponge, which absorbs a liquid.

Guayule is a shrub found in the Southwest arid region. It is also known as Parthenium argentatum, which is cultivated for producing latex and rubber. It is chopped, and its branches are mashed for latex extraction.

Its fibrous, pulpy, and dry residue remains when the stalks have been crushed during latex extraction, and this is what is known as bagasse.

Penn State University College of Agricultural Sciences Department of Agricultural & Biological Engineering professor and researcher Herschel Elliott says that it is important to determine biochar’s potential. If effective, it is a low-cost component for removing wastewater contaminants in wastewater treated for irrigating crops.

Many sewage wastewater treatment facilities cannot presently eliminate emerging contaminants like pharmaceutical wastes. According to Elliott, if biochar can remove these compounds, wastewater may be recycled for crop irrigation. This will benefit the US Southwest and other regions whose crop production activities are hampered by water scarcity.

The study used pharmaceutical waste compounds for biochar to adsorb. These are sulfapyridine, an antibacterial compound used commonly as a veterinary drug; docusate, which is used in stool softeners and laxatives; and the antibacterial erythromycin, used for treating acne and other infections.

The study authors published their results in the journal Biochar, which suggests that biochars from agriculture wastes are effective adsorbents for pharmaceuticals present in wastewater.

The study also found that increased temperature from 650 to 1,300º F in converting the waste to biochar enhanced the biochar’s adsorbing capacity.

According to study lead researcher and Penn State doctoral student Marlene Ndoun, guayule bagasse has not been previously tested in past studies. It is also a novelty for the study to use cotton gin waste in specifically removing pharmaceutical waste.

Noun wants their research to have actual practical application in the real world. She thinks cotton gin waste can be very promising because it is readily available in even the poorest areas, and biochar from this agricultural waste, she says, has real potential in removing wastewater contaminants, along with guayule bagasse.

READ NEXT: A Pioneering Process Could Help Detect and Remove Wastewater Pollutants

Check out for more news and information on Agriculture on Nature World News.

© 2018 NatureWorldNews.com All rights reserved. Do not reproduce without permission.

The future of 5G is ‘standalone 5G’, OpenSignal analyses T-Mobile’s deployment in the US

From Polio to Tetanus, five vaccines that saved the world before COVID-19 came along

The life of George North and the family who mean everything...

Second phase of Covid-19 vaccination drive from March 1: All you...