Kirti Kulhari married Saahil Sehgal 5 years ago but today she is single. Dia Mirza married Sahil Sangha 5 years ago but announced not just her separation but also her marriage to businessman Vaibhav Rekhi. That they both had someone by the same name in their lives, their marriages lasted for a similar duration and they have decided not to speak about it is a coincidence. Add this to the recent cases of Aamir Ali-Sanjeeda Shaikh, Amrita Puri-Imrun Sethi and Minissha Lamba-Ryan Tham and Konkona Sen Sharma-Ranvir Shorey.

And, didn’t we just a few days back see Farah Khan Ali’s post declaring that she’s saying goodbye to her 16-year marriage with D J Aqeel? So, what drives the actors away from their ‘life’ partners when they had spoken volumes about their virtues in sections of the media when they tied the knot? It would be fitting to discuss the causative factors and its aftermath inside and outside the industry. So yes, the frailty of marriage in the showbiz world is our #BigStory this week. Let’s debate.

To start with, we invited the celebrity divorce lawyer Mrunalini Deshmukh, whose clientele list has included Aamir Khan and Karisma Kapur, for her take. Deshmukh didn’t endorse that the starry world is any different from other spheres of life when it comes to separations but agreed that the common man does get influenced by the lifestyle of Bollywood and TV actors. “Actors are role models. But the common man needs to understand that he cannot introduce their thoughts into his life.” 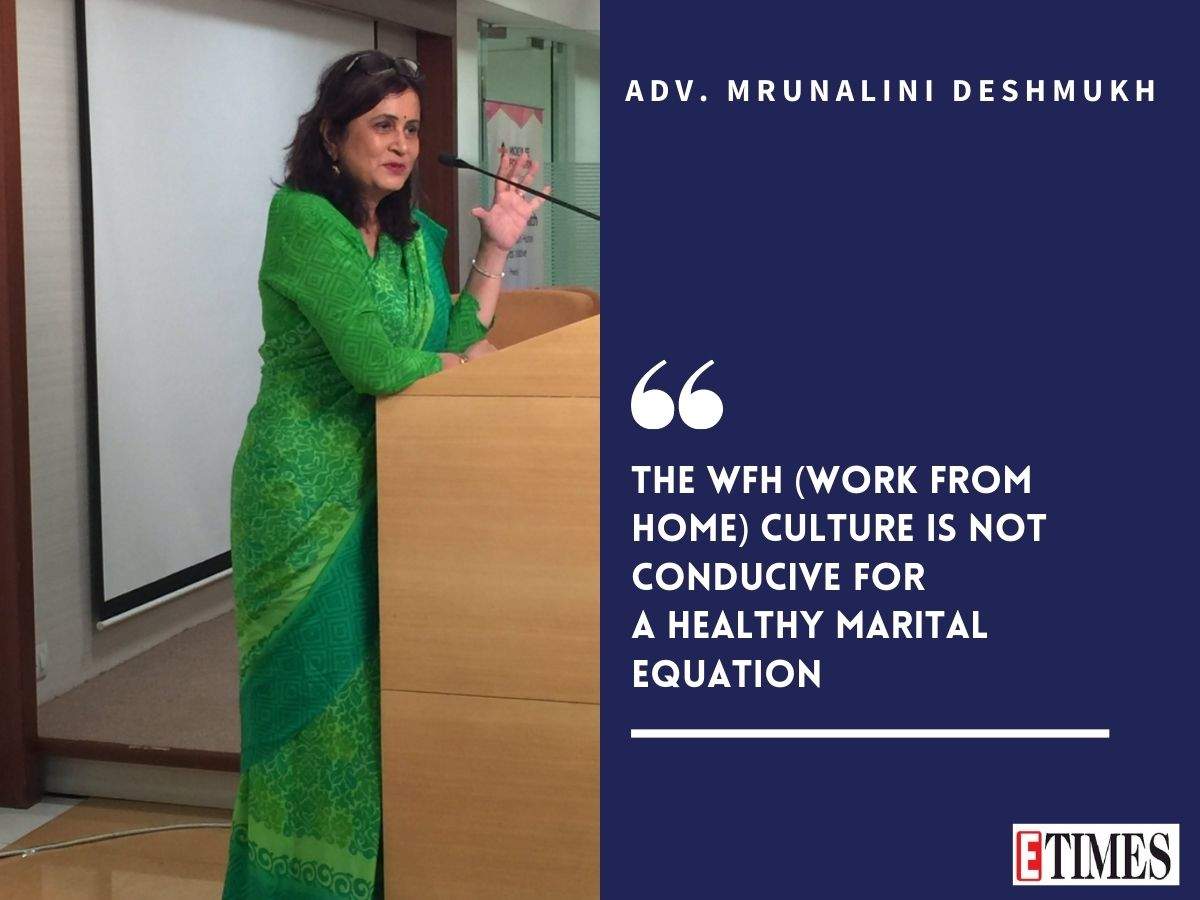 “Let me tell you one more thing,” Deshmukh said. “The lockdown has thrown married couples into each other’s face for 24 hours. The WFH (Work From Home) culture is not conducive for a healthy marital equation.Too much of each other only leads to irritability. “The other reasons are a) Lack of tolerance b) Lack of ability to adapt to each other’s likes and dislikes c) It’s all ‘I’ and not ‘We’ d) Being attracted to the opposite sex at workplace, which at times might lead to infidelity.

Another celebrity divorce lawyer Vandana Shah whose clientele has included Malaika Arora, Ranvir Shorey, agrees that marriages in India’s film and television industry have a short shelf life. Said Shah, “Let me give you just 2 examples. One, I know of a wife of a producer-director who has been faking in the recent past that all’s well in her marriage but her husband is staying abroad since a year; they didn’t celebrate his 50th birthday last year, they didn’t meet in Diwali either. I asked her about it and she changed the topic. Two, I know of an actor’s wife who is very inquisitive about other people’s lives and has filed for divorce from her husband but won’t take it before he gives her the house they were living in.”

But like Deshmukh, Shah too said that the lockdown has accounted for marriages having gone sour. “Earlier, you never spent 24 hours with your husband or wife. If you are constantly sitting near each other, you are bound to have discussions which turn into arguments which turn into fights. Add this to the fact that the lockdown has killed all the earning of most homes. 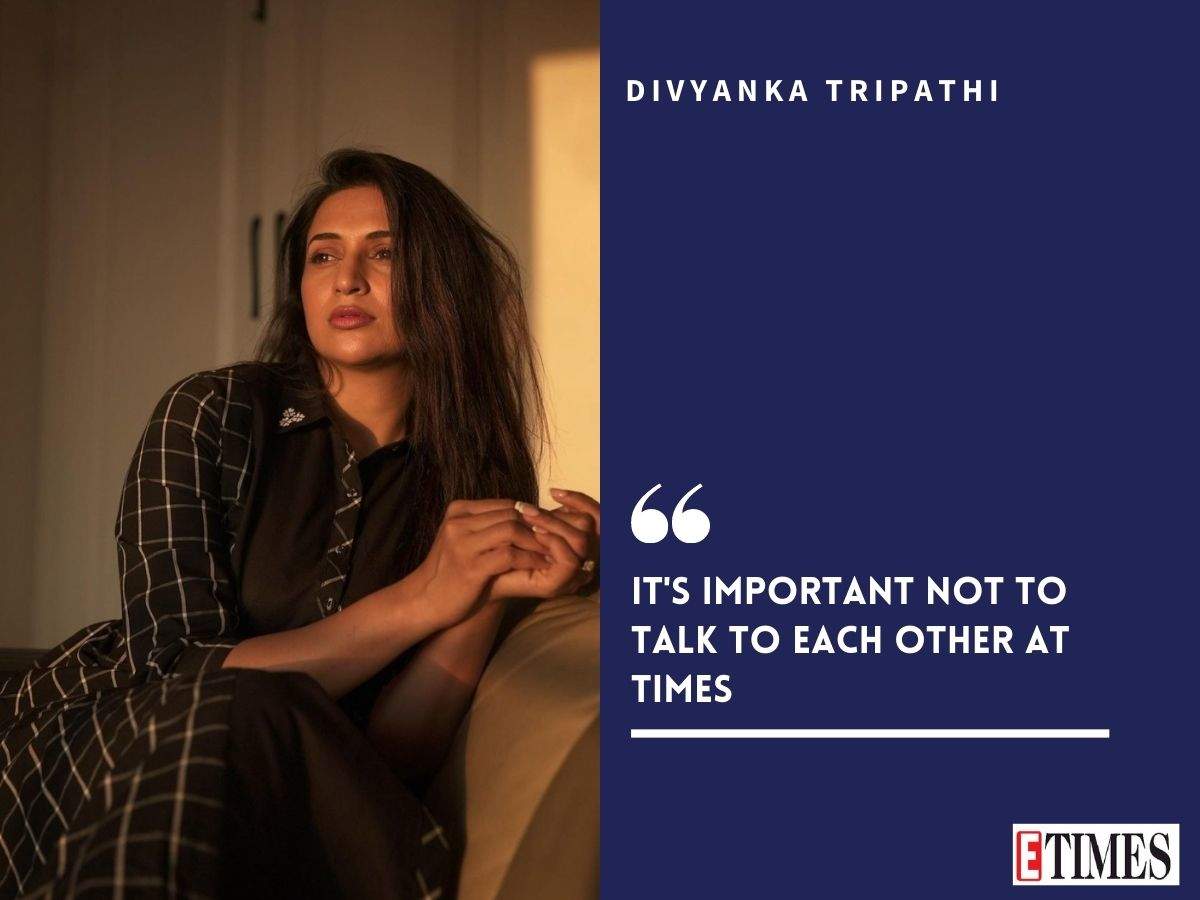 Weren’t marriages supposed to be based on the concept of giving the other partner a luxurious life? You may say that quarrels happen but earlier you went off to visit a friend or to your nearest coffee shop or for a movie to de-stress yourself when you had a bit of unpleasant time with your life partner, but how and where will you go in the current COVID wave or even the previous one? Mental wellness has been affected.

Some actors and actresses too have medium sized houses; everyone does not have sprawling homes. How much will you go on cooking and cleaning and be away from difference of opinions which sooner or later become hardcore differences? Add the wide-eyed maid who is constantly sitting at hand-shaking distance and making it more claustrophobic for the couple.” This reminds yours truly of what the ‘Ye Hai Mohabbatein’ TV actress Divyanka Tripathi said in her Valentine’s Day special Interview to us: “Vivek (Dahiya, husband) addressed each other during the lockdown that we both need some personal time to ourselves. After that we started giving each other some space, almost as a rule. We do take time off from each other and it’s a conscious, deliberate decision. During that time we tend to read a lot and Vivek indulges in some content creation. It’s important not to talk to each other at times.” 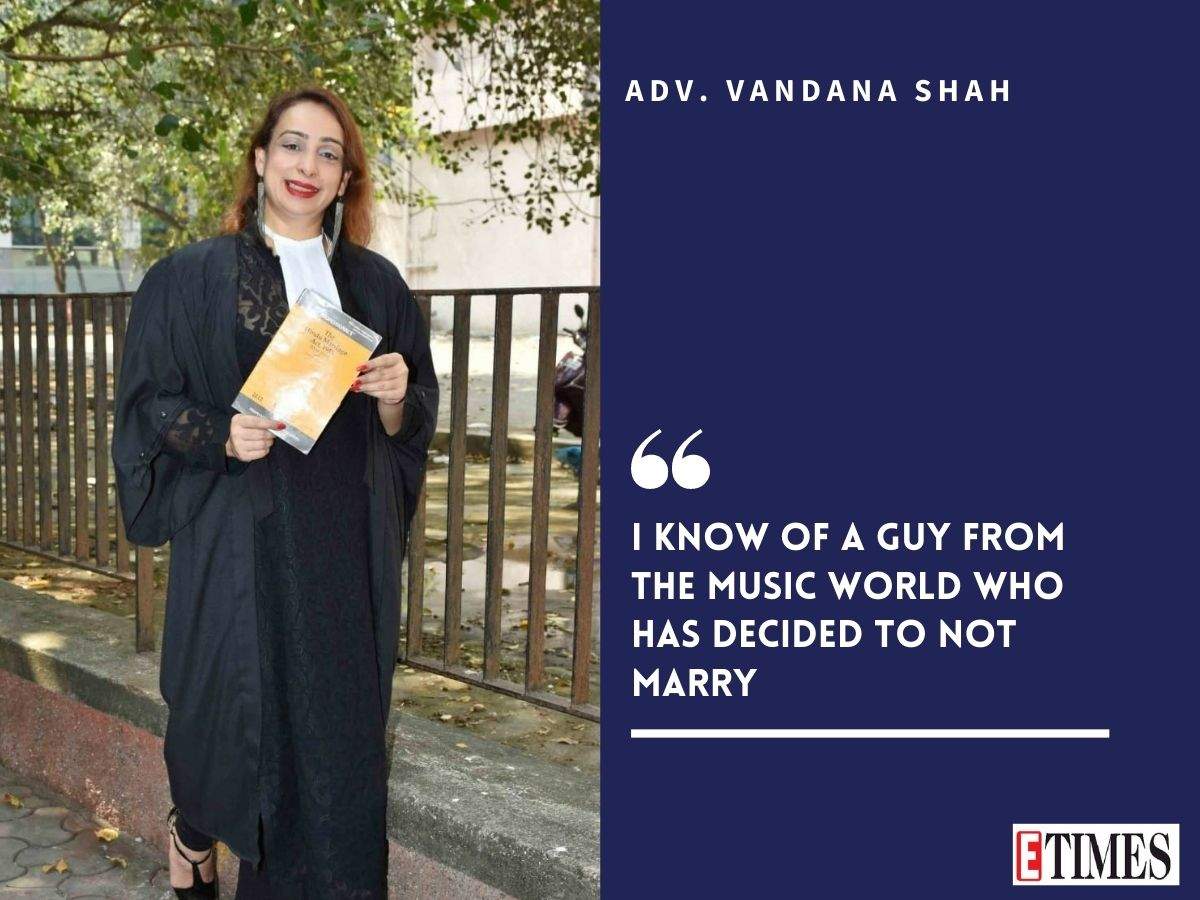 But Raveena Tandon does not agree that Bollywood and TV can be circled. Producer Tanuj Garg too stands up for his fraternity and says, “I think it’s unfair to single out just the entertainment industry, as this is prevalent across the board. It’s just that a divorce or separation in our industry gets magnified because it makes for big news. In my opinion, the reasons for marriages being short-lived are many: there is no longer any social stigma attached to being a divorcee, career-consciousness is on the rise, professional success breeds independence, confidence and obstinacy,, and most importantly, misalignment of expectations from each other. I’m of the view that one must place his/her personal happiness over societal diktats and follow one’s own heart and mind.”

Fashion designer Anna Singh who is almost on all the shoots of Jackie Shroff and Ajay Devgn and has a store of artifacts in partnership with Hrithik Roshan’s ex-wife Sussanne Khan, eschews a similar sentiment. “Is it in only in the glitterati circle? No. Marriages are crashing in every sector of life and you will see warring couples all around you. In fact, I think that marriages in our film industry have a higher percentage of sustainability than the ones in other walks of life. Aren’t many of our big Bollywood actors having a steady marriage?”

But the popular actress on TV, the Parveen Babi look alike Deepshikha Nagpal (of ‘Kittie Party’, ‘Peshwa Bajirao’ and ‘Khichdi Returns’ fame) tells ETimes that she reconciled with her second husband (Keshav Arora) and tried to make relationship work, but failed. She says, “We broke up again. I tried because I didn’t want to think ever in future that I didn’t try. It doesn’t happen with efforts from just one side.” On the other hand, Nawazuddin Siddiqui‘s wife Aaliya who is sitting on the other side of the same boat as Deepshikha’s, says, “Nawaz and I reconciled but simply because I realised my mistake and I think he too felt somewhere that he needed us. I felt I was wrong in the fact that I was unable to judge him as a star. I still thought he should be spending that much time with us what he did while he was struggling to get a foothold in the industry. Thank God, we reunited; it was essential for the welfare of our kids.” 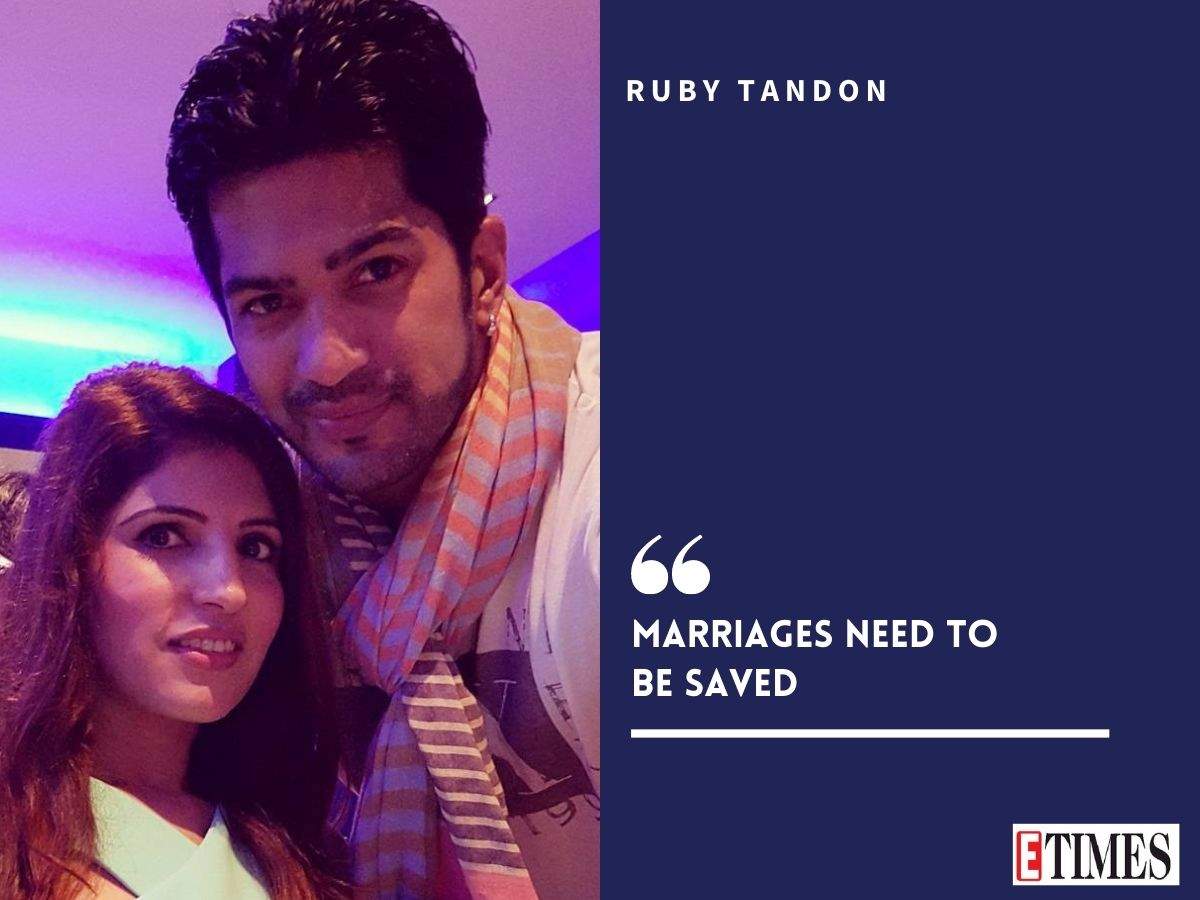 Hailing Aaliya’s efforts, albeit unknowingly indirectly, Dermatologist Ruby Tandon, whose
shaadi with her TV actor-husband Amit Tandon (‘Kaisa Ye Pyar Hai’, ‘Dill Mill Gayye’) was on the verge of divorce in 2017, says that it is essential for a person to change him/herself after marriage. “Marriages need to be saved. People are needlessly in denial, they say that they have evolved as a race but breakage of own’s home is not evolution. Women are unnecessarily harping on competing with men. You can be manly to the world but not to your man, you need to be the woman he married. A woman is already empowered, she handles so many people and things- her mother, mother-in-law, husband, kids and home-n-office work- on a day-to-day basis. The undesirable competition is making her needlessly aggressive. I made peace with myself, I was very hyper. I worked on myself,” and adds with equal emphasis, “A man needs to respect his wife- he can’t be abusing her, he can’t be hitting her, he can’t be yelling at her,” and then says in an assertive tone, “Above all, they both need to stay away from the unwanted elements in their lives who poison their ears and trigger undesirable reactions in them.”

Senior actress Ayesha Jhulka says, “I used to feel not just surprised but shocked as well when I read so many marriages in tinsel town running into trouble. But as you mature, you look around more to get the larger picture and see that it’s happening even in plenty of families who are not from the TV and film world.” Additionally, Ayesha explained her mantra to her marriage having stood the test of time. “Patience is vital. Companionship is another aspect that needs to be addressed; marriages are being taken as not companionship but a bag of expectations.” In agreement with Ruby and Aaliya that marriage is work in progress, Ayesha says matter-of-factly, “I used to be quite temperamental. I have become calmer. Of course, my husband and I have our good days and bad days. But what I also do is I tend to deviate myself- into animal welfare, for one- from focusing on just one thing in life. The deviation, to immerse yourself into something else that gives you a good amount of happiness, helps you to keep the rough edges of your marriage on the backseat.” 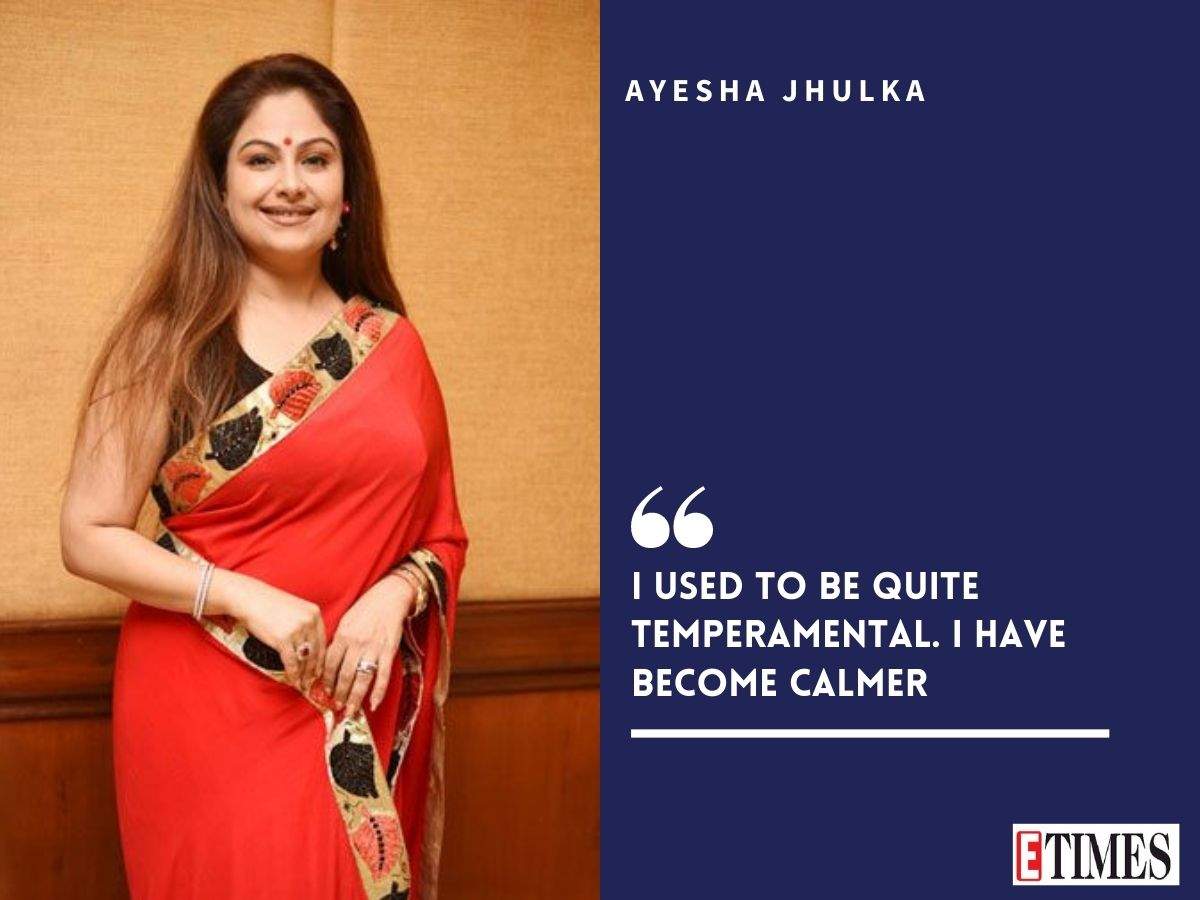 We asked Advocate Deshmukh upfront. Does it hurt her if and when couples- from acting and other professions- don’t abide by her counselling and go ahead to slam the door on each other. “Well, many of them part amicably. But of course it hurts me even if the separation looked inevitable. Still, I always try my best,” she replied.

Advocate Shah returns to say, “I know of a guy from the music world who has now decided that he doesn’t want to marry but will have only short-term relationships.”

Wonder what lies in store in the next 20-25 years! Only live-in relationships? Possible. Anything is possible. Don’t refuse to believe. Would anybody have believed if he/she had been told that the world will come to a near standstill from March 2020 and show little to no signs of restoration till April 2021?

Was able to leverage film career to do other things: Gul Panag- The New Indian Express