Most Asian shares advanced on Friday, cheered by a modest rally on Wall Street and rising hopes for fresh stimulus for the US economy.

Despite signs of a global economic rebound in the third quarter, worries remain that the upturn might be running out of steam.

Democrats from the US House of Representatives said that they are paring back their proposal for a new stimulus package in an attempt to jump-start negotiations with the administration of US President Donald Trump. 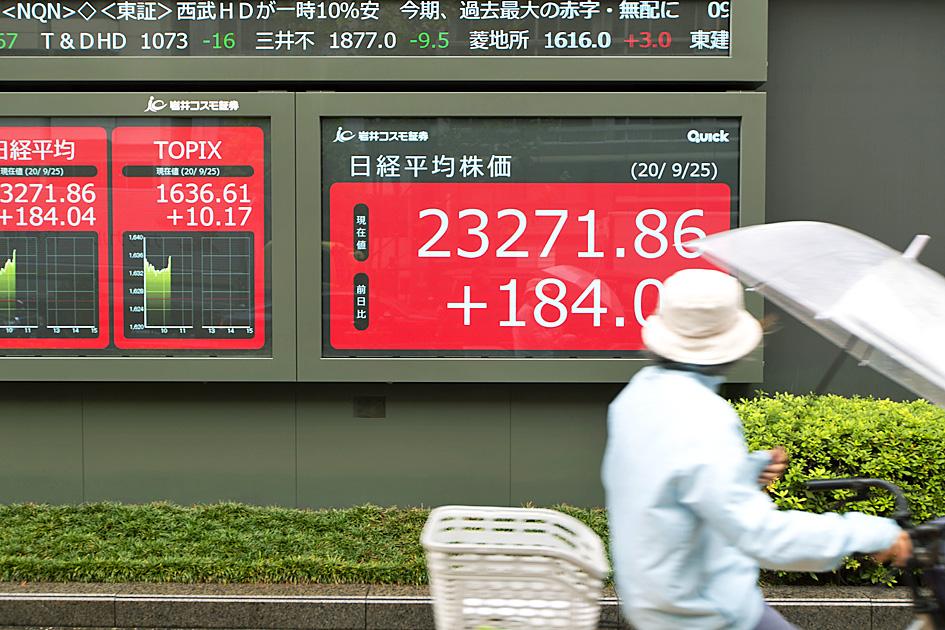 US Secretary of the Treasury Steven Mnuchin and US Federal Reserve Chairman Jerome Powell have said that the government’s top priority should be to provide affordable loans to small businesses and further support for millions of Americans still unemployed.

Paralyzing partisanship has prevented a US Congressional renewal of aid, and the recent vacancy following the death of Supreme Court justice Ruth Bader Ginsberg has deepened the divide.

The renewed optimism that the world’s biggest economy might receive another boost carried over into Friday’s trading.

“This stimulus deal needs to go through,” Stephen Innes of AxiCorp Financial Services Pty said in a commentary. “With the risks building up everywhere you look, it doesn’t seem to be a great time to be trying to pick the bottom of equity markets, but a stimulus relief bill will go a long way to nudging the market along.”

Comments will be moderated. Keep comments relevant to the article. Remarks containing abusive and obscene language, personal attacks of any kind or promotion will be removed and the user banned. Final decision will be at the discretion of the Taipei Times.

Taiwan Economic Growth Set To Grow At Fastest In Seven Years Thanks To Global...