The filmmaker, an executive producer on the Indian festival-winner “The Disciple,” explains why he’s keen on supporting new talent.

As a Mexican filmmaker who makes movies with Hollywood money, Alfonso Cuarón is no stranger to conversations about diversity. However, the “Roma” director has mixed feelings about the Academy’s recent inclusion standards for Best Picture, two years after his own movie was nominated in the category.

“Everybody is trying to figure out ways of making more diverse cinema,” Cuarón said by phone last week. “The interesting thing is that it’s not coming naturally. Everybody has to respond to outside pressures. That’s a little bit disappointing — that it needs to go through rules and regulations for things to happen when it should just be a natural process of societal evolution that apparently is not happening.”

Cuarón has a more specific way to support filmmaking from backgrounds other than his own. This festival season, he’s serving as executive producer on “The Disciple,” the sophomore effort from 33-year-old Indian director Chaitanya Tamnahne. The movie, a slow-burn look at a North Indian classical musician who struggles to find success in a competitive field, became the first Indian movie to play in Venice competition in 20 years last week, where it won Best Screenplay ahead of its bookings at TIFF and NYFF.

Cuarón’s role with “The Disciple” started with his involvement in the Rolex Mentor and Protogé program in 2016. After he saw and loved Tamhane’s 2015 debut “Court,” the story of another musician who faces the corruption of the Indian justice system, he brought the filmmaker under his wing as part of the initiative, and invited him to spend time on the set of “Roma.” The two men bonded over the production.

“You grow up following the old masters,” Cuarón said. “There’s a point at which you have to start connecting to the new masters. Not only are they taking the torch, but they’re forging the new roads of cinema. If you want to remain relevant, it’s an act of selflessness. Otherwise, you end up just repeating the same old bullshit as opposed to moving forward.”

For Tamhane, whose movie deals with the cultural specificity of North Indian classical music and one character’s relationship to it throughout key moments in his life, Cuarón’s own intimate storytelling process on “Roma” provided several key breakthroughs. “It was a completely different scale that what I’ve been exposed to doing,” Tamhane said, on the call with Cuarón. “He was going to crazy extents to achieve his vision and there was just such an inspiring clarity to his execution. It was a completely new experience for me.”

During his time on the “Roma” set, Tamhane also shared his idea for his next movie. “Just the process of watching it come together in his mind made it something that I wanted to see,” Cuarón said. “I was blessed to be able to follow his process.” He encouraged the director to take charge of the project on every level, convincing him to serve as his own editor and helping to connect him with crew. “He’s gone out of his way to help us,” Tamhane said. “All of that changed me as a filmmaker, it expanded my vocabulary. I became much more sensitive to many different aspects of filmmaking than I was before.” 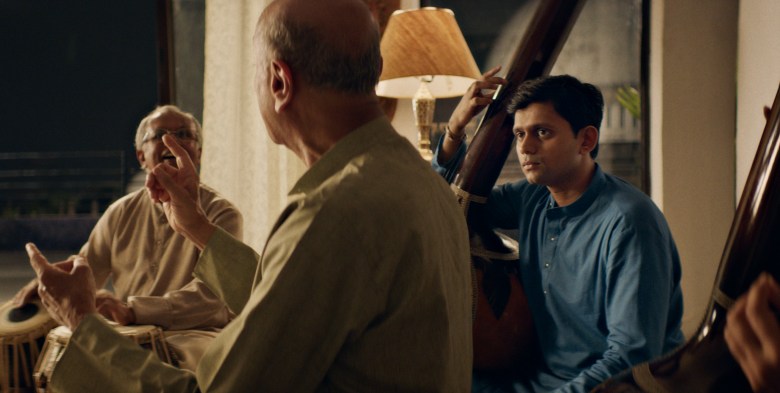 “The Disciple” may have been a difficult sell even before the global pandemic, but it faces even greater challenges now. Much of the film is driven by its immersive score and sound design — mixed, like “Roma,” in Dolby Atmos — and it benefits from a theatrical context. The movie played on a big screen in Venice, but most audiences at TIFF and NYFF will have to experience it via streaming — and it’s quite possible that its future release would follow suit. (Endeavor reps the movie in the U.S.) It’s a situation that mirrors the conversations that swirled around “Roma” in 2018, when the theatrical campaign behind the Netflix project was dwarfed by the much larger audience who saw it on the platform.

Cuarón, who recently signed a TV deal with Apple, continues to strike a practical note on this issue. “Look, in many ways — pandemic or not — it’s unquestionable that how people experience films and entertainment is changing, not only as a business but as a culture,” he said. “I consider it a mistake as a filmmaker to say, ‘Well, they will adapt to smaller screens.’ I think it’s the opposite. Smaller screens have to adapt to cinematic visions.”

He recalled seeing “Lawrence of Arabia” for the first time on a television and noted that home entertainment setups can now complement big-screen experiences. “Most people are going to experience our films in their own home systems, the same way that I watch a lot of masterpieces from the past now,” he said. “It’s very different from watching them on the big screen. It would be very sad if we started adapting our visions for the small screen. We hope as many people as possible go to the theater to watch our films. We have to keep that alive for cinema to prevail. But no matter what, over time, our films are very likely going to be experienced a different way.”

Tamhane agreed. “Everything in ‘The Disciple’ was meant for the big-screen experience, but one has to work with the times we’re dealing with,” he said. “I’m hoping if people aren’t people going to the cinema, at least the home theater can become cheaper and accessible and advanced enough in the future that you can get a little bit of the experience at home.” Of course, there is also the bigger picture: Many theaters have yet to reopen, and it’s unclear when audiences will feel more comfortable seeing arthouse movies in that way. “I’m very grateful that the film has come out in this year,” Tamhane said. “It’s probably the worst year for a filmmaker to finish a film.”

“The Disciple” would face challenges in any market given its country of origin. Bollywood remains the most prolific film industry in the world, but the country’s independent productions remain under-appreciated on the global festival circuit. The last Indian movie to play Venice competition was Mira Nair’s “Monsoon Wedding” in 2001, while festivals ranging from Cannes to NYFF have overlooked major Indian movies in their main slates for years.

“The festivals aren’t recognizing us enough,” Tamhane said. “Are all the films we’re making not good enough to be given a platform on a global stage? I don’t have the answer about where the gap lies.” However, he noted that “The Disciple” found financing from an individual producer because he was unable to secure national support. “It’s kind of vicious cycle because of the lack of institutional funding in India,” he said. “If it’s only about having a certain budget or resources to make films of a certain quality, then it’s going to be the same situation here, because frankly there is no financing for independent films.” 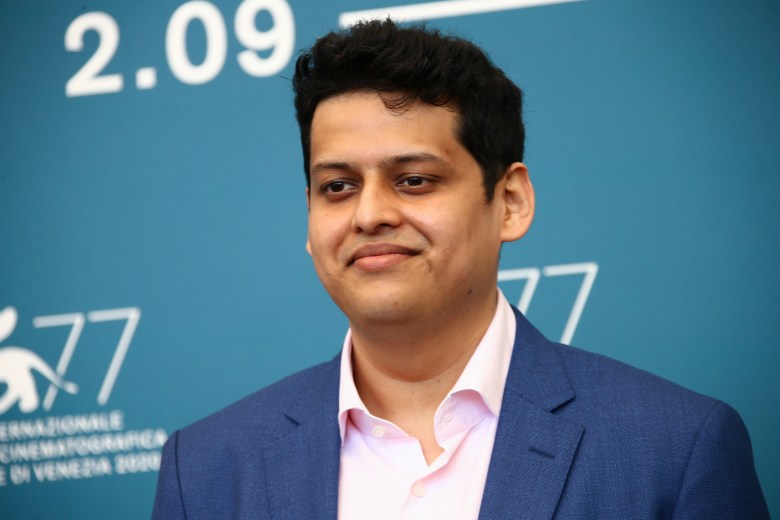 Cuarón said the situation has been more positive in Mexico, where major government funds have supported work there for over 20 years. Some of those resources were endangered earlier this year when President Andrés Manuel López Obrador announced new austerity measures at the start of the COVID-19 pandemic. The ensuing uproar led Cuarón to join his fellow “three amigos” Guillermo Del Toro and Alejandro G. Iñarritu in urging the government to reconsider, and their response seems to have stalled the process for now.

“The Mexican film community at large [is self supporting] — they knew that supporting and fighting for this is a common cause,” Cuarón said. “The moment there was a possibility that some of these incentives could disappear, of course they communicated with each other and reacted.” He expected positive developments in the coming months. “The latest I hear is that it’s going to change the definition of how films are supported there,” he said. “Let’s see. I hope so.”

Cuarón and Tamhane share common ground with a challenge faced in Mexico and India: the rising cost of non-studio productions. “We’ve seen a lot of local content, which is a great thing for the economy and for professionals but it also means that the prices for everything has gone up,” Tamhane said. “It’s a competitive industry and you need talent at a certain level. It’s a difficult, vicious cycle.”

Cuarón cut in. “It’s the same thing that has happened in Mexico,” he said. “Now the industry is stronger than ever because of the amount of production, but when you’re doing an independent production, you cannot compete with what you’re paying crews. It has becomes a real obstacle.” 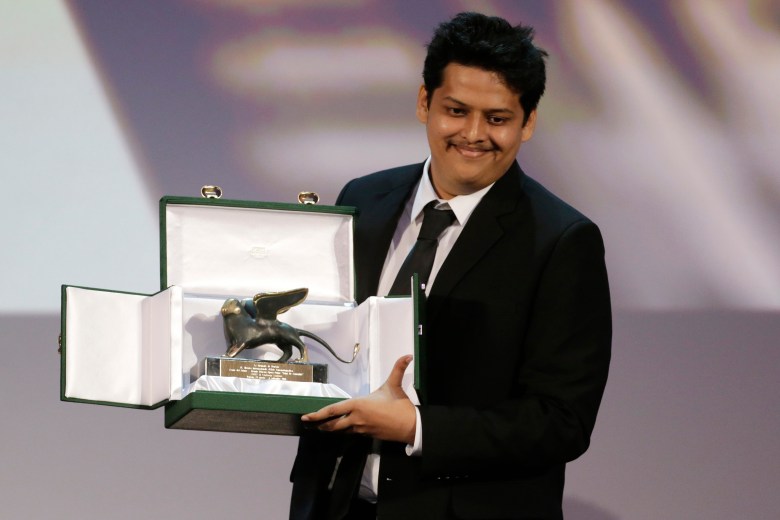 National film industries benefit when their movies win awards in other countries: All eyes were on South Korea after “Parasite” won Best Picture earlier this year, and the success of “Roma” certainly put the spotlight on Mexico. It’s unclear if “The Disciple” will serve as India’s Oscar submission, but Tamhane said he was too unfamiliar with the process to think it through. “I don’t really have a relationship with that side of the industry,” he said. “I was lucky to have ‘Court’ submitted and we did a campaign. We didn’t get shortlisted. And that’s my whole experience with it.”

Cuarón, on the other hand, kickstarted a whole conversation about the foreign-language film category in the process of winning it in tandem with Oscars for Best Director and Best Cinematography. The dialogue he stirred up culminated in the Academy’s decision to change that category name to Best International Feature Film, just in time for “Parasite” to win that category as well as Best Picture. “It was amazing and welcome to see what happened last year with ‘Parasite,’” Cuarón said. “That seemed to happen naturally. So I’m still hopeful.”

“The Disciple” premiered at the 2020 Venice Film Festival. It also screened at TIFF and next surfaces virtually and at a drive-in for NYFF on September 29.

Daphne Bramham: Uyghurs deserve answers from both China and Canada

Italy’s birthrate is falling. Can the storks help? | Italy

Looking Back on the History of Presidential Transitions