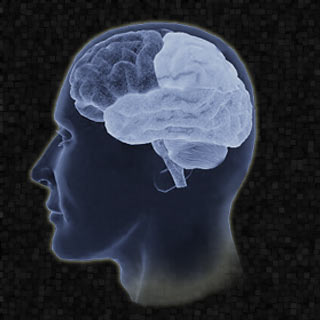 A revolutionary breakthrough in 3D brain-mapping is noted to have aided surgeons in the removal of a fist-sized brain tumor. A novel technology comprising of a combination of four different types of images into a three-dimensional map of the brain was believed to have been used by the experts from the University of Cincinnati (UC).

This advanced surgery was notably performed at the University Hospital by a team of eight members from the Brain Tumor Center, UC Neuroscience Institute. These experts were stated to have combined and installed various scans taken from the brain into a surgical guidance computer. Apparently, the function of this computer is believed to be akin to that of a global positioning system.

John Tew, MD, a neurosurgeon with the Mayfield Clinic, professor of neurosurgery and clinical director of the UC Neuroscience Institute, says, “This marks the culmination of one of the most important developments in brain tumor surgery in the last 100 years.”

Evidently, this innovative technique enabled the experts in mapping a safe route to the tumor; by disclosing the tumor’s association with the various functional centers, arteries, veins and electrical pathways in the brain. With the help of the BrainLAB iPlan system at the University Hospital, the processing and fusion of the images was noted to have been performed by James Leach, MD, associate professor of neuroradiology at UC, and neuroradiologist with Cincinnati Children’s Hospital Medical Center and the UC Neuroscience Institute.

Tew explains that, “The ability to completely map the brain and to understand—before we operate—where the tumor lies in relation to important structures is a milestone in our use of digital computer technology to heighten patient safety during complex brain tumor surgery.”

Supposedly, fMRI and DTI studies were stated to have been undergone on the 3T MRI system of the University Hospital. This system notably enabled the experts to MRI scan the patient and image the brain’s functional areas using different motor, language and vision tasks.

“The addition of the DTI sequence allows the connections between these areas and other parts of the nervous system to be identified at the same time,” says Leach.

After Leach processed the images and marked the white matter tracts, movement and speech areas, veins, arteries and the location of the tumor; notably this data was sent into the BrainLAB’s navigation software. Following which, via 3D brain mapping, the experts could succeed in mapping a safe pathway to the brain tumor and removing almost 90% of it.

More so, this procedure was believed to have been conducted without harming the surrounding healthy brain tissue. The remaining of the tumor was also tried to be removed with the application of a course of 33 computer-guided, fractionated radiotherapy treatments. By exposing the lesion to a small burst of radiation everyday for a period of a few weeks, the healthy tissue allegedly gets adequate time to recover in between treatment sessions.

JAN MOIR: The half-baked snobbery against a cake shop that leaves...