And it’s perhaps with this conviction that this year’s theme has been set to Restore our Earth, which emphasises reviving the world’s ecosystem with emerging green technologies, natural processes and innovative thinking. In line with this, wielding her camera and filmmaking skills as her weapons, Aishwarya Sridhar throws the spotlight on Maya, one of Tadoba Andhari Tiger Reserve’s few surviving royal Bengal tigresses. 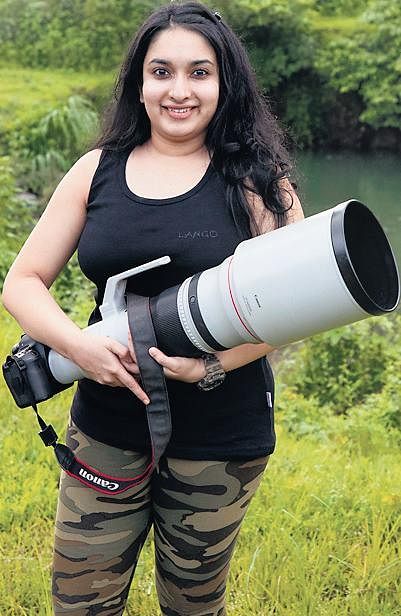 Shoot, sensitise, save
Filmed over six years, in her 50-minute documentary Tiger Queen of Taru, the Mumbai-based wildlife photographer traces the remarkable legacy of how Maya writes her own rules, secures her bloodline and territory. “I was 15 when I saw Maya for the first time. She was a cub who lost her mother and parted ways with her two siblings. Over time, I’ve seen her grow in the wild and fend for herself. She’s fierce, charismatic and tourist-friendly. Consider yourself lucky if you get to spot her nonchalantly zig-zag her way through the safari rides. After Machli, she’s the most popular tigress. I can bet that she’s the crowd-puller at Tadoba and has a worldwide fan-following,” narrates the 23-year-old.

Born to Leela and Hill Top in Pandhar Pauni, Maya is 12 years old and has 10 surviving cubs. She even has a Twitter handle @MayaTadoba that updates tourists about her developments and movements. “This is the only full-fledged documentary on the tigress. There’s so much to offer and I felt every footage was important. I’ve presented it like a Bollywood film laced with action, drama and sentiments. It captures her management skills as a mother who trains the cubs to fight. It shows that big cats too have emotions like humans. From her mother’s untimely death, to losing some of her cubs and putting up a tough fight against other tigers from invading her territory, Maya has seen it all. She’s the protagonist of the film,” explains Aishwarya, a graduate in mass media from Pillai College of Arts, Science and Commerce.

Among the many memorable moments, it’s a close encounter with Maya that Aishwarya holds dear to her heart. “She was three feet away. I was shooting with a 600 mm lens and she did not fit into the camera. I had to put it aside as I couldn’t focus and observe her with naked eyes. Her majestic stare gave me an adrenaline rush. There have also been days when I had to wait for five to six hours and leave without a sighting. I also had to do in-depth research on Maya, her characteristics and habitat. The forest guards and officers helped track her movements,” she notes. Besides spine-chilling attacks and ambushes, the documentary also features other species such as Cheetal, Sambar, sloth bear and wild dogs that form an integral part of Maya’s ecosystem. 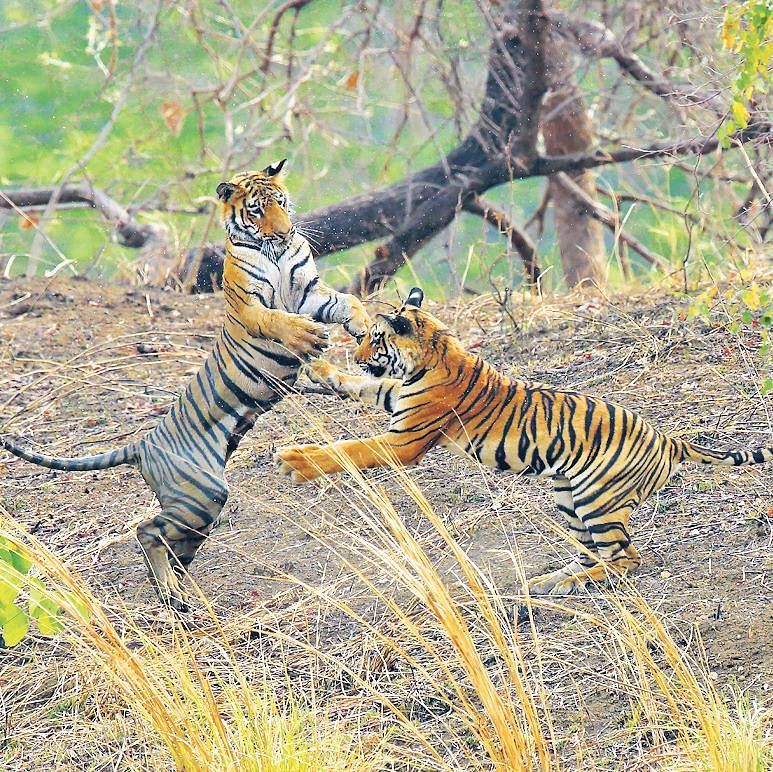 The bigger picture
In the past, Aishwarya’s debut documentary Panje-The Last Wetland  on conserving the last remaining wetland Panje in Ura helped in reclaiming the wetland. She hopes this documentary too will be an eye-opener to viewers and highlight the urgency to save tigers. “I like to present my works with anthropomorphism so that it leaves a long-lasting impact on people.

Filmmaking, when packed with a crucial message, will reach a larger audience and aid conservation. Poaching, habitat loss and illegal trafficking can all be addressed through responsible photography and wildlife tourism. I encourage people to practice ethical photography where the privacy of the animal is not disturbed. It’s fine if you don’t get that perfect shot. That’s how you will learn to live harmoniously with the fellow species,” suggests the environment crusader.

Her work on fireflies Lights of Passion  won her Wildlife Photographer of the Year award at the Natural History Museum in London last October. The lockdown has not inhibited her from pursuing her love for wildlife. She has directed and presented an eight-part origami series for WWF India, teaching children how to hand-craft birds and animals. She also hosted an eight-part series on endangered species on Discovery Channel India.

“I’m experimenting with chromatography and a few other photography techniques. I’m also working on a series on the endangered primates of India. I will be exploring the hidden jungles in the northeast and southern India,” says Aishwarya, who hopes that more women take up wildlife photography as a serious profession. “There’s a ray of hope with the present generation of photographers.

It’s the purpose,  patience, practice, preparation and passion that keeps us going. I would be happy if cameras can be used as a powerful tool to spread awareness and bring about positive developments,” she notes. We sure need more crusaders like Aishwarya to keep the planet running smooth and smiling.
‘Tiger Queen of Taru’ will premiere today at 12 pm on National Geographic.

Three things in her bag Camera, tripod and water bottle

To capture a snow leopard in its habitat

Was able to leverage film career to do other things: Gul Panag- The New Indian Express

Luxury carmakers bet on ‘affordable’ wheels to drive out of slowdown