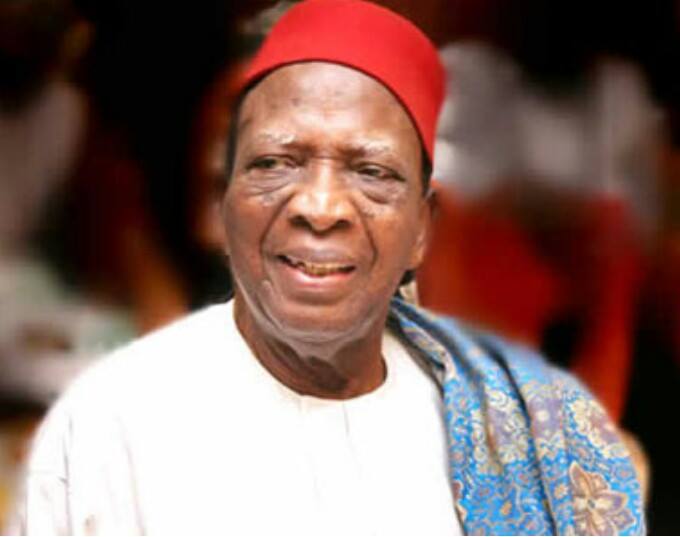 As the search for a suitable presidential candidate begins, a high-powered group of prominent leaders in Nigeria, under the aegis of the Southern Leaders of Thought, otherwise known as Project Nigeria Movement, has purportedly penciled down five personalities they consider fit to be Candidate of the most denied Igbo-speaking part of the country in the race for the 2023 presidency.

An inside source revealed that the Professor Ben Nwabueze-led group of political heavyweights, which also has former Commowealth Secretary- General, His Excellency, Chief Emeka Anyaoku and NADECO Leader, Rear Admiral Ndubusi Kanu among others as Frontline associates, believes it is just fair that the next president comes from Igboland given the long standing denial of the tribe from clinching the highest political job of the land.

According to the insider, the senior Citizens are planning a thorough screening for five contenders shortlisted from among numerous personalities nominated and considered by various interests in the group after which one of the shortlisted personalities will be endorsed as the eventual candidate of the group.

Although it’s not yet clear on which platform the eventual choice of the group will contest, however, there are indications that the popular Ghali Umar Na’aba-led NCFront, when eventually registered and launched as a mega political party, may serve as the political platform for the group’s presidential choice.

The source also revealed that the screening will hold in March 2021 when the five shortlisted candidates would have been formally contacted. The leaders according to another reliable are considering one of the following presidential materials for the 2023 mandate:

Olisa Agbakoba
Olisa Agbakoba, SAN, a frontline human rights activist, and founder and first president of Civil Liberty Organization, CLO, the largest human rights movement in Nigeria, is a veteran of many pro-democracy battles; chief among which was his 5million man pro-democracy march in Lagos to counter the Kanu-led Youth Earnestly Asks For Abacha’s 2million man rally in Abuja during the heydays of the dark-goggled General Sani Abacha. Agbakoba has paid his dues as far a human rights and pro-democracy issues are concerned.

He’s a big maritime lawyer and former President of the Nigerian Bar Association. NBA. Aside human rights activism, his work in maritime law in Nigeria has been profound. He is the founder and first president of the Nigerian Shipping Chamber of Commerce (NCS) as well as the Chairman of the Largest political movement in Nigeria, Nigeria Intervention Movement, NIM, which gave rise to ‘third force’ political movement in the run up to the 2019 general elections.
Born in Jos on May 29, 1953, Agbakoba hails from Onitsha, the commercial hub of Anambra State.

Pat Utomi
Patrick Okedinachi Utomi is a Nigerian professor of political economy and management expert.
He is a Fellow of the Institute of Management Consultants of Nigeria and a two-time presidential candidate in Nigeria.
He is the founder of Centre for Value in Leadership (CVL) and the African Democratic Congress, ADC, and the first presidential candidate of the rejuvenated Social Democratic Party in 2011.

Utomi is also the founder of the Lagos Business School, LBS, and has served in senior government position as presidential adviser to President Shehu Shagari in 1983, and in the private sector as Chief Operating Officer of Volkswagen Nigeria. Born in Kaduna, Utomi is from the Igbo-speaking area of Delta State, precisely Igbuzo in Oshimili North Local Government Area.
He was born on February 6, 1956.

Oby Ezekwesili
A chartered accountant by profession, Obiageli Ezekwesili hails from Anambra State. She was instrumental to the introduction of Due Process in the budget of the federal republic of Nigeria under the administration of Olusegun Obasanjo hence she got the moniker, madam Due Process. She later served as Federal Minister of Solid Minerals and as Federal Minister of Education during the second-term presidency of Olusegun Obasanjo.

Subsequently, she served as the Vice-President of the World Bank’s Africa division from May 2007 to May 2012.
Ezekwesili was a 2018 nominee for the Nobel Peace Prize for her work in transparency in the extractive sector.
She was born on April 28, 1963.

Kingsley Moghalu
Kingsley Chiedu Moghalu is a Nigerian political economist, lawyer, former United Nations official, and professor of International Business and Public Policy at the Tufts University’s Fletcher School of Law and Diplomacy.
Kingsley is the founder of Sogato Strategies (LLC), and a senior adviser of the Official Monetary and Financial Institutions Forum.
In 2016, Moghalu founded the Institute for Governance and Economic Transformation.
He was a former deputy governor of the Central Bank of Nigeria before he veered into politics.
Moghalu was the Young Progressive Party (YPP) presidential candidate for the 2019 presidential elections. Born in Lagos in 1963; Moghalu hails from Anambra State.

Peter Obi
Peter Gregory Obi, a politician and businessman, was a vice presidential candidate in the 2019 Nigerian general election under the Peoples Democratic Party, PDP.
He was the former governor of Anambra State serving from March 17, 2006 to November 2, 2006, when he was impeached and from February 9, 2007 to May 29, 2007 after his impeachment was overturned.
Although a fresh election was held on April 29, 2007, he was re-elected governor on June 14, 2007 following a court ruling that he should be allowed to complete a four-year term. On February 6, 2010, he won the election for a second term as governor.
Obi was born on July 19, 1961.

George Soros Divests Banks and Bets on the Tech Sector