In a bid to challenge the Russian narrative that the West’s response to the ongoing war has aggravated pre-existing food shortages in Africa, Ukrainian President Volodymyr Zelenskyy announced the ‘Grain from Ukraine’ scheme. 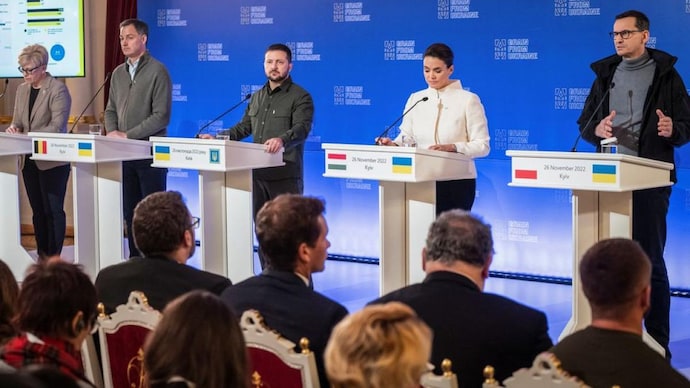 By India Today Web Desk: Ukrainian President Volodymyr Zelenskyy along with allied nations launched a ‘Grain from Ukraine’ initiative on Saturday to export grains worth USD 150 million to countries most vulnerable to famine and drought. This comes even as millions of people who live in and around Ukraine’s capital Kyiv remain with little electricity and heat.

The summit coincided with Ukraine’s annual memorial day for Holodomor – a Soviet-era famine that killed millions of Ukrainians in the winter of 1932-33.

Here are the latest developments in the Russia-Ukraine war: