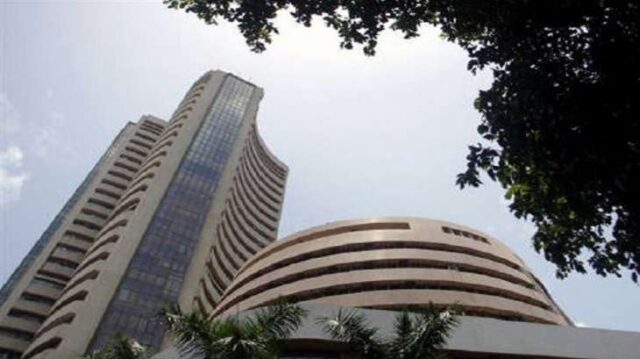 Benchmark Sensex and Nifty advanced further to settle at record highs for the second day in a row on Friday, helped by intense buying in index majors Reliance Industries, Wipro and Maruti. In a choppy and range-bound trade, the 30-share BSE Sensex rose by 20.96 points or 0.03 per cent to settle at 62,293.64, its fresh record closing high. During the day, it jumped 175.05 points or 0.28 per cent to 62,447.73 — its lifetime intra-day peak.

Likewise, broader NSE Nifty went up by 28.65 points or 0.15 per cent to end at 18,512.75, its all-time high. The key indices had gained over 1 per cent on Thursday to end at record high levels. The indices have extended the winning run for the fourth day with the Sensex rising by 1,140 points or close to 2 per cent and Nifty gaining 352 points or 2.29 per cent. Reliance Industries emerged as the biggest gainer among the Sensex firms, rising 1.34 per cent, followed by Wipro, Tech Mahindra, Axis Bank, IndusInd Bank, Maruti, Tata Steel and Mahindra & Mahindra were among the major winners.

On the other hand, Nestle, Kotak Mahindra Bank, ICICI Bank and HCL Technologies were the major laggards. “Markets ended flat in a sluggish trading session, as investors stayed on the sidelines due to lack of cues from the US markets, which was shut on Thursday. While most of the Asian gauges ended in the red, local benchmarks managed to eke out modest gains amid thin volumes,” said Amol Athawale, Deputy Vice President – Technical Research, Kotak Securities Ltd.

Among sectoral indices, realty jumped 1.08 per cent, energy (0.84 per cent), oil & gas (0.69 per cent), consumer discretionary (0.67 per cent) and metal (0.58 per cent). FMCG, financial services, utilities, bankex and power were the laggards. Elsewhere in Asia, markets in Seoul, Tokyo and Hong Kong ended lower, while Shanghai settled in the green.

Equity exchanges in Europe were trading mostly lower in the afternoon trade. Wall Street was closed for a holiday on Thursday. International oil benchmark Brent crude was trading 1.21 per cent higher at USD 86.37 per barrel. Foreign institutional investors (FIIs) turned net buyers as they bought shares worth Rs 1,231.98 crore on Thursday, as per exchange data.