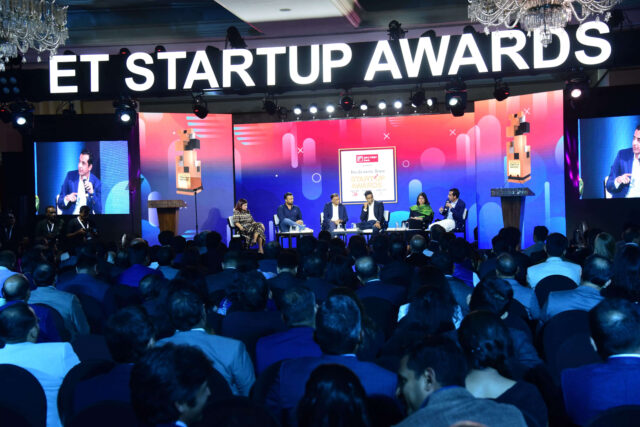 Tensions at the world’s largest iPhone factory, which had been simmering since at least the start of October, boiled over this week.

On Wednesday, videos showing hundreds of workers at Foxconn’s plant in Zhengzhou clashing with security personnel and people in hazmat suits went viral on social media.

The trigger for the violent protests was Foxconn’s decision to delay bonus payments, many workers said in the videos, but their troubles extend far beyond that. Last month, thousands of employees fled the factory over complaints about unsafe working conditions amid a Covid outbreak. Some trekked hundreds of kilometres back to their hometowns with their families, evoking memories of India’s nationwide lockdown in 2020.

Factory or city? The Zhengzhou factory is one of Foxconn’s 12 gargantuan manufacturing facilities in China.

The largest of these is Longhua Science & Technology Park – aka Foxconn City – a walled campus in Longhua Subdistrict, Shenzhen, which employs anywhere from 230,000 to 450,000 workers.

The Zhengzhou factory – which reportedly had 120,000 workers in 2012 and more than 200,000 as of this month – is sometimes referred to as iPhone City as it produces the bulk of Apple’s iPhones.

Here’s how this city-sized factory descended into chaos over the past two months:

Early October: Workers are told that many of their colleagues have tested positive for Covid-19, AFP reports. They are ordered to continue working, with face masks on, despite fears the virus would spread.

Mid-October: The factory goes into lockdown. Workers are required to get tested daily and stay in a virus-secure bubble. Complaints about poor working conditions and inadequate protection from the virus begin to circulate even as Foxconn insists the outbreak is limited.

Late October: Workers begin fleeing the factory, with many walking long distances back to their hometowns.

Early November: Authorities lock down the industrial park in which the factory is located for a week but reports of chaos and shortages continue to emerge.

Apple says customers will have to wait longer for new iPhones ahead of the holiday season.

Foxconn says it has quadrupled bonuses for workers at the plant as it seeks to quell the discontent.

But the plant continues to isolate its operations and staff despite the end of the seven-day lockdown for the rest of the industrial park.

November 23: Violent demonstrations erupt at the factory after employees complained that Foxconn required them to do extra work to receive the higher bonuses.

Foxconn confirms the reports of violence, saying workers are unhappy about pay and conditions but denies allegations it housed new recruits with Covid-positive workers.

November 24: Foxconn apologises and blames technical error. “We apologise for an input error in the computer system and guarantee that the actual pay is the same as agreed and the official recruitment posters,” the company says.

(With inputs from AFP and Reuters)

As it did in previous editions, this year’s Economic Times Startup Awards (ETSA) ceremony, held in Bengaluru, facilitated a dialogue between policymakers and the startup community. Several hot-button issues were deliberated during the event, which also featured a discussion by a panel comprising Flipkart’s Kalyan Krishnamurthy, Zerodha’s Nithin Kamath, Dream Sports’ Harsh Jain, Lead’s Smita Deorah and SoftBank’s Sumer Juneja. The eminent business leaders discussed how new-age firms are navigating the current downturn and addressing issues such as growth versus profitability.

“I do not think profitability and growth should be two sides of a coin. There are ways to grow profitably as well. I think the problem happens when you try to hyper-grow when your unit economics are not in place,” said Jain, cofounder and CEO, Dream Sports.

Flipkart Group CEO Krishnamurthy said he had anticipated the downturn in 2022 and that it would be a difficult year. “In 2021, companies saw a spike in valuation of two times to six times with some underlying assumptions for the next two to three years. I think very quickly it was clear that those assumptions are not going to play out, whether it is on growth or profitability,” he noted.

Speaking at the event, ministers from the central government applauded the growth and resolve of the startup community and pointed at how India continues to be a sweet spot amid global turmoil.

While, union commerce and industry minister Piyush Goyal said the “entire world” wants to enter into free trade agreements (FTAs) or economic partnerships with India, IT and electronics minister Ashwini Vaishnaw said India has an important role to play in the global digital data processing ecosystem and noted that the Centre will also approve at least two semiconductor fab proposals in the next two months.

Our big scoops this week

PhonePe in talks to buy ZestMoney in big consolidation move: When ZestMoney raised $50 million from Prosus-owned PayU and Australian fintech Zip Co in September 2021, the buy-now-pay-later (BNPL) segment was booming thanks to a pandemic-induced spike in online shopping. More than a year later the sector is in turmoil, with Zip Co’s market cap down 93% since February 2021. Now, sources have told us Walmart-owned PhonePe is on the verge of acquiring ZestMoney in what is a distress sale.

ZestMoney has been looking for a buyer for a few months, having struggled to raise fresh funds as tech investors have turned overly skittish, especially on fintech startups, the sources said. “The talks are fairly serious and likely to close in a few weeks,” a source told us.

If the transaction goes through, it will be the biggest consolidation in the new-age lending sector, which has of late faced major regulatory roadblocks in India. 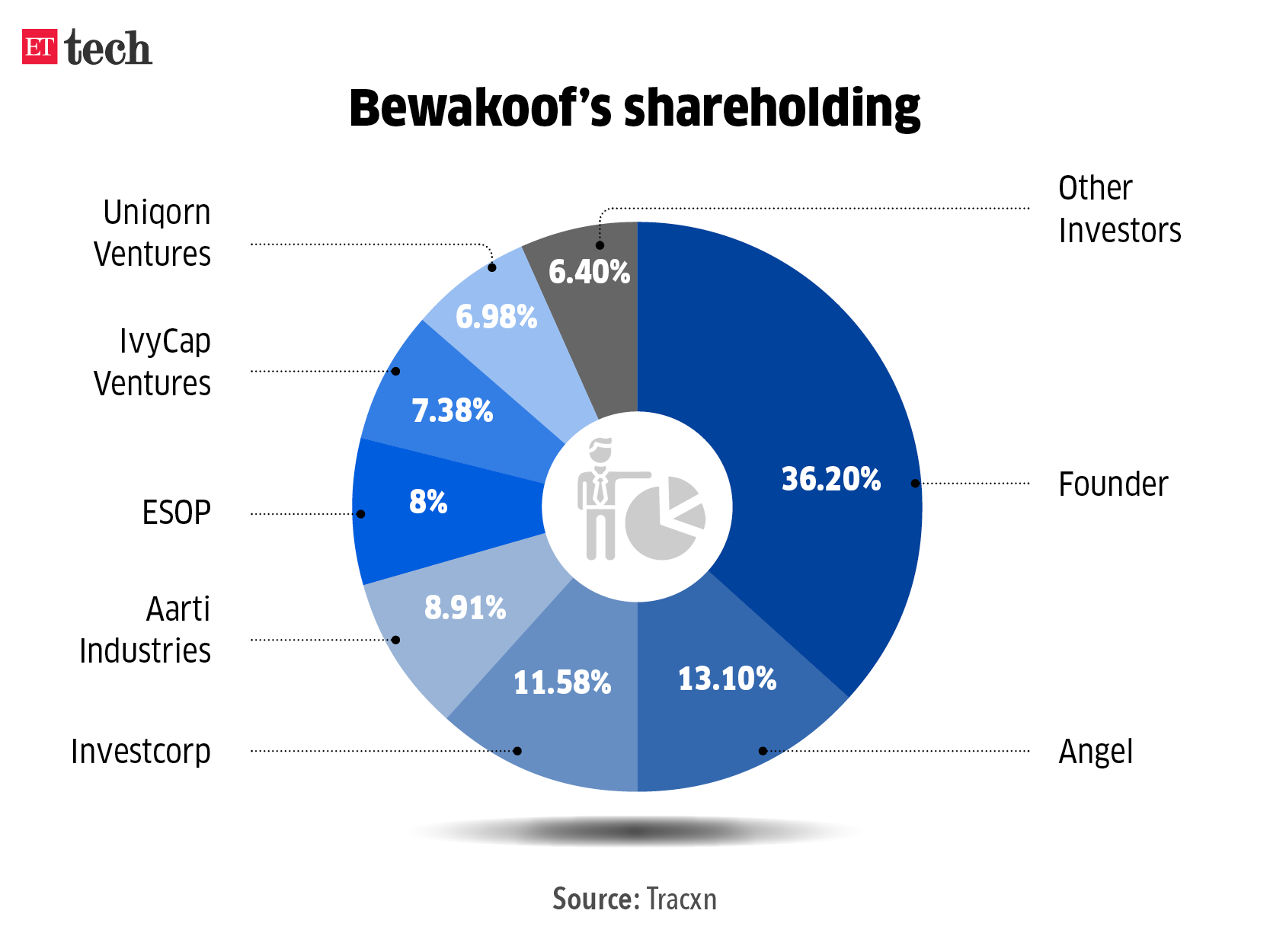 “Both companies have signed a non-disclosure agreement and have also finished due diligence. The team at Bewakoof is also moving to join Aditya Birla’s new firm,” a senior executive told ET.

During its earnings call last quarter, ABFRL said it would make eight to 10 investments in early-stage, digital-first brands by the end of the financial year and that its initial focus would be on fashion.

ETtech Long Read: Ecom Express, until recently the second-largest new-age logistics company in India in terms of daily order volumes, has been trailing Pune-based Xpressbees for some months now. Its goal is to turn profitable rather than the pursue of volumes. But that approach may not be enough, given the numerous challenges the company faces in a sector that has turned into a veritable battleground.

Amazon’s move to shut down it’s food-delivery business follows its recent decision to shutter its fledgling edtech unit by next year. “After a careful evaluation, we have decided to discontinue Amazon Food from Dec 29, 2022. This decision means that you will no longer get orders from customers via Amazon Food after this date. You will continue to receive orders till then and we expect you to continue fulfilling those orders,” Amazon told restaurant partners.

Prosus said it has seen strong growth in Swiggy and PayU, its food-delivery and fintech businesses in India, respectively. It said Swiggy’s food-delivery business clocked order growth and gross merchandise value (GMV) growth of 38% and 40%, respectively. for the first six months of calendar year 2022.

PayU, another startup backed by Prosus, contributing majorly to its growth, said its consolidated payments and fintech revenue grew 57% to $412 million between April and September 2022.

Revenue from payments in India grew 48% to $183 million, driven by digitisation in retail through ecommerce, and financial services.

Also read: Swiggy trailed Zomato in the first half of 2022 despite offering bigger discounts: Jefferies report

Google has flagged as “priority” the recent verdicts by India’s antitrust regulator that it abused its market dominance with its Android OS and Play Store billing system, sources told us. India is one of the largest markets for the tech giant.

Google is working on a strategy that may include challenging the two orders by the Competition Commission of India (CCI), they added.

Apart from the heightened scrutiny by the antitrust regulator, the Indian IT sector is undergoing some significant policy changes. The recently released draft Data Bill intends to protect data privacy and safeguard national interests, but experts have flagged concerns.

The draft Digital Personal Data Protection Bill, 2022 leaves much scope for the government to expand its powers through the executive rule-making process, legal and policy experts told us.

Though the draft has significantly simplified the legislation and addressed several industry concerns regarding the Bill’s previous versions, experts said the current version does not go into the specifics of the implementation.

The subsequent rules, which will be notified later under the law, will define the exact guardrails under which data will be governed in India, they added.

IITs (Indian Institute of Technology) could feel the heat of the global technology slowdown, even though they will be more insulated than many other engineering colleges.

Offers may dip: As Big Tech downsizes and the IT services sector pulls back on hiring, sources at IITs told us they were anticipating a dip in the number of both big-ticket international offers and IT recruiters on campus during final placements.

This comes after a record placement season for the Batch of 2022 at IITs — fuelled by pandemic-led digitisation and a post-Covid revival in hiring — with an unprecedented number of crore-plus packages, international postings and other job offers.

If freshers are in the doldrums about their prospects once they graduate, those already employed in tech jobs may not be in a sweet spot either, at least when it comes to switching jobs.

The party is almost over for tech workers in India, who commanded more than 100% increments for job switches just a year ago, recruitment service providers said, though switching jobs still fetches a 30-35% salary hike.

The average hike for new jobs fell from 54% in July and August to 45% in September and 37% in October, the survey showed. It has now settled at 35% and is likely to go down further, said Aditya Mishra, chief executive of CIEL HR Services.

Also read: No one was fired, resignations were voluntary, Amazon tells labour ministry

The average hike for new jobs fell from 54% in July and August to 45% in September and 37% in October, the survey showed. It has now settled at 35% and is likely to go down further, said Aditya Mishra, chief executive of CIEL HR Services.

Former FTX CEO Sam Bankman-Fried has penned an apology note to his ex-employees, saying he feels “deeply sorry” for the collapse of the cryptocurrency exchange.

“I lost track of the most important things in the commotion of company growth. I care deeply about you all, and you were my family, and I’m sorry,” SBF wrote in the letter, obtained by CNBC.

Read the letter here in full

The FTX bankruptcy has pushed the entire crypto ecosystem into a meltdown with investor trust taking a severe knocking. The event has spilled over into different parts of the world, including India where crypto exchanges are taking different measures to regain the trust of investors and establish a secure trading ecosystem.

Indian cryptocurrency exchange CoinDCX has published a proof of reserves report in partnership with crypto portfolio tracking platform Nansen. At the time of publishing on Thursday, CoinDCX had nearly $130 million in assets, according to Nansen.

Meanwhile, some players in the space have begun tapping into potential adjacencies. CoinSwitch Kuber, which also has a venture fund for Web3 startups, is looking to become a broader retail investment platform, with other asset classes such as mutual funds and US stocks on its app.