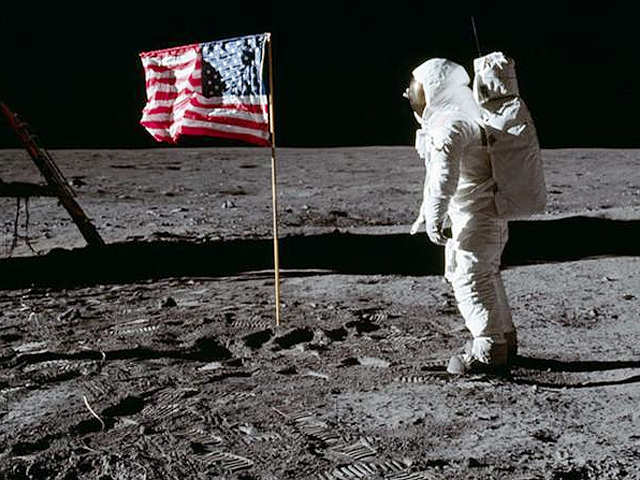 A unique image of Neil Armstrong on the Moon’s surface taken during the ground-breaking Apollo 11 mission in July 1969 was auctioned off Friday.

The 70mm image, part of an immense panorama, shows the astronaut loading bulk samples into the Eagle lander’s MESA, Modularized Equipment Stowage Assembly, while at the lunar extravehicular activity happening for the first time or EVA. The shot, valued between $20,000 to $30,000 (£16,700-£25,140), is being offered among other spectacular relics during the earlier days in his space travel in the online Bonhams’ Space Photography auction, which will close on December 1.

The shot is noteworthy since it was long assumed that there were no decent photographs of Mr Armstrong on the lunar surface. Buzz Aldrin, the mission’s commander, claimed to have considered Mr Armstrong, the superior photographer and was prepared to let him take the lead with the camera.

​Highlight of the sale

The souvenir plaque did better than the lot that was expected as the highlight of the sale, an American flag taken during the trip to the moon, but never deployed on site.

The confusion began, however, when they returned to Earth and were quarantined during the Lunar Receiving Laboratory. During which Mr Armstrong was asked when he handed the camera over to Mr Aldrin.

Mr Armstrong responded in his usually exact manner that he had not.

neil armstrong: Rare Apollo 11 image of Neil Armstrong on the Moon now up...