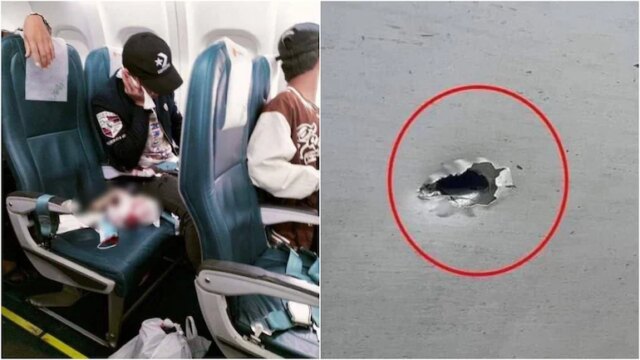 A passenger who was on a Myanmar National Airlines flight got hit by a bullet shot from the ground. 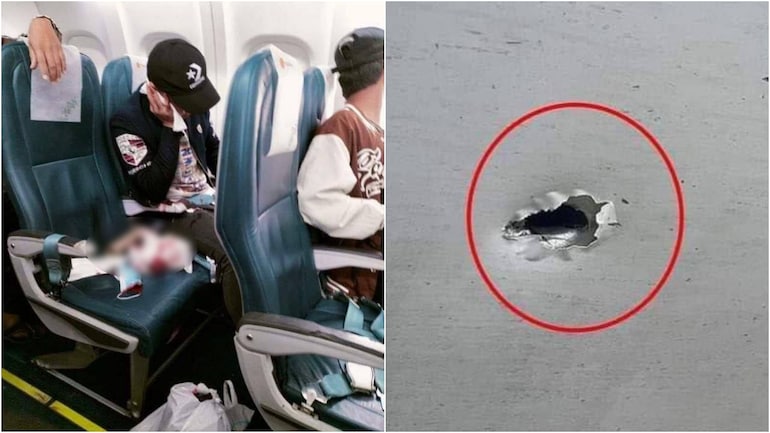 A passenger onboard a Myanmar National Airlines flight was injured after he was hit by a bullet which was shot from the ground. (Photos from @cabin_crew_club on Instagram)

A passenger onboard a Myanmar National Airlines flight got injured after a bullet that was shot from the ground hit him mid-air. The bullet had pierced through the aircraft’s fuselage.

The passenger was rushed to a hospital after the plane landed in Myanmar’s Loikaw.

According to British news agency The Sun, the aircraft was flying at an altitude of 3,500 feet and around four miles north of the airport. Following the incident, the Myanmar National Airlines’ office in Loikaw announced that all flights to the city have been cancelled indefinitely.

According to a report by The Mirror, Myanmar’s military government has accused rebel forces in the state of Kayah of firing at the aircraft. However, rebel groups denied the allegation.

Major General Zaw Min Tun, a spokesperson for Myanmar’s ruling military council, told MRTV, the state television, that the shooting was carried out by “terrorists” belonging to the Karenni National Progressive Party, an ethnic minority militia battling the government. He added that the group worked along with their allies in the People’s Defense Force, an armed pro-democracy group.

“I want to say that this kind of attack on a passenger plane is a war crime,” he told MRTV by phone. “People and organisations who want peace need to condemn this issue all round.”

Kayah has experienced intense fighting between the military and local resistance groups since the army seized power in 2021, overthrowing the democratically elected government of Aung San Suu Kyi.

Josip Heit presents the future of the financial market in Monaco