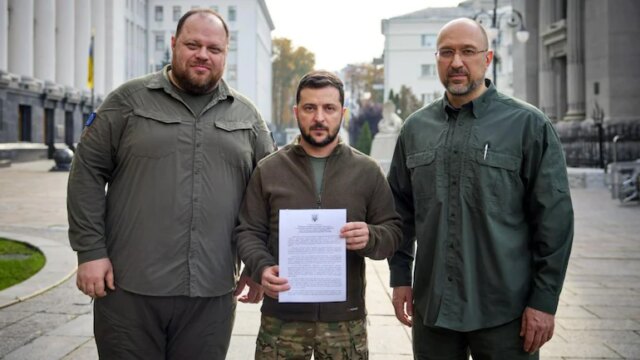 Ukraine’s President stated they have initiated fast-track membership bit to NATO after Vladimir Putin declared the annexation of four regions after holding what it called referendums. 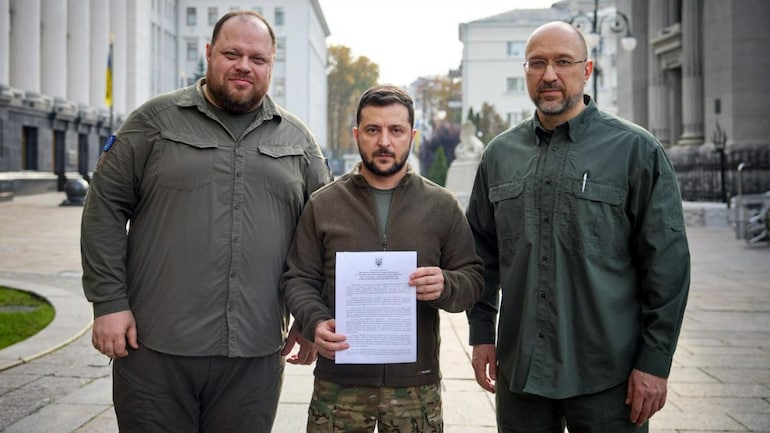 In the aftermath of the Russian annexation of four regions in eastern Europe on Friday, Ukrainian president Volodymyr Putin announced he had initiated fast-track membership of the NATO military alliance. Via a video message on the social media platform Telegram, Zelenskyy said that Kyiv was inclined towards holding talks with the Kremlin but not leader Vladimir Putin.

The message surfaced after Putin conducted an event to proclaim Donetsk, Luhansk, Kherson and Zaporizhzhia as annexed Russian territory on Friday.

In the video, an aggrieved Zelenskyy said, “We are taking our decisive step by signing Ukraine’s application for accelerated accession to NATO.”

While announcing Ukraine’s bid for NATO membership, the Ukrainian president also signed a document in the presence of the prime minister and the Ukrainian Parliament Speaker.

The update comes to the fore as Russia, earlier today, formally incorporated the said four regions into Russia.

“We will defend our land by all means. This is the liberation mission of the Russian people,” Vladimir Putin said in what appears to be the latest thinly veiled reference to nuclear weapons.

The Russia-installed leaders of the four regions that pleaded to Putin for annexation this week had all gathered in the Kremlin.

“Russia will ensure the security of the Donetsk, Lugansk, Kherson and Zaporizhzhia regions, as well as help, restore infrastructure,” Putin said, while adding that the people of the four regions were becoming Russian ‘compatriots’.