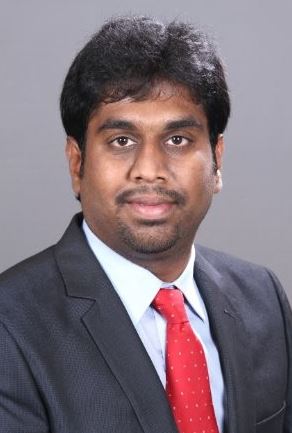 Falcon, a Banking-as-a-Service (BaaS) startup, disrupting the way modern Fintech is built, has announced the appointment of Balaji Sundeep as the company’s VP of Product in a major boost to its leadership group.

Prior to joining Falcon, Balaji Sundeep was the Associate Director at Zeta, where he helped create and scale a modern lending platform that allows banks to quickly launch a variety of products like credit card-based EMIs, BNPL (‘buy now pay later‘) facility, and term loans personalized to specific target segments, which echoes the versatility and speed of Falcon’s tech stack. Balaji is a graduate of BITS Pilani and the Indian School of Business (ISB) and has had an eclectic career path, having started out in hardware with Samsung. He brings a wealth of experience in building a range of B2B and B2C payments and lending products, to the table.

Commenting on the appointment, Balaji Sundeep said, “Falcon is rightly positioned to solve for today’s Fintech demands. To power new-age products, banks and tech companies are increasingly looking at modern technology providers that will help them get there faster and cheaper.” He added, “I am looking forward to working with the team to simplify the most complex financial systems through Falcon’s embeddable and no-code solutions.”

The Fintech startup believes that every company or financial institution will need a Fintech layer during this decade. And Balaji’s appointment comes at a critical time as Falcon looks to scale up for the next major stage of growth.

Priyanka Kanwar, Co-founder of Falcon, believes Balaji’s varied and vast experience will add to the company’s know-how. She stated, “Banking-as-a-Service (BaaS) has been growing significantly both in India and globally, and at Falcon, were thrilled to have become a major enabler of this shift.” She added, “Were looking forward to working with Bala to create meaningful change in this space.”

Co-founded by Priyanka Kanwar and Prabhtej Bhatia, Falcon is a Banking-as-a-Service (BaaS) company that lets startups, corporates, and financial institutions build bespoke payment and lending products using API or no-code solutions. Backed by marquee investors from the US, India, and the Middle East, the company has set its sights on the $4 trillion market opportunity that BaaS represents. By adding Balaji’s extensive experience across diverse categories, Falcon has strengthened its frontlines for a deep and definitive dive into the globally expanding market for BaaS.

Wrong to assume having judge in EC appointment panel will ensure transparency: Centre to...