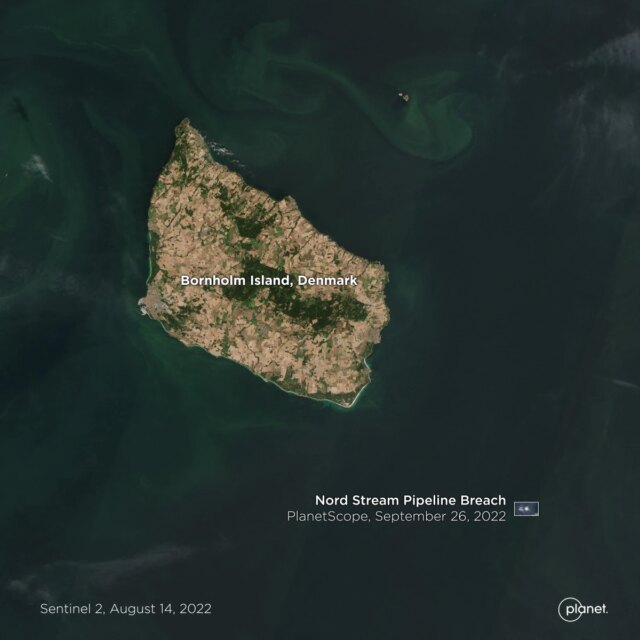 The discovery of yet another Nord Stream pipeline leak by the Swedish Coast Guard on Thursday has stirred tension over the leaks’ aftermath if it is not repaired quickly.

German security agencies fear that if the leaks are not repaired, large volumes of salt water will flow leading to the permanent suspension of the Nord Stream 1 pipeline. Images released by Planet Labs of the affected parts within Baltic Sea provide further credibility to the situation. Liveuamap shared a tweet regarding the same on all the locations of Nord Stream 1 gas pipeline leak in the Swedish and Danish waters as of September 27.

READ | How Nord Stream pipeline leak is a threat to climate

Both of the gas pipelines are owned by the Russian state-owned gas agency, Gazprom. Out of the two, the Nord Stream 1 pipeline constitutes two branches, both parallel to one another. The pipeline has ceased its operations since late August when Russia claimed it needed maintenance. Its total length is said to be around 745 miles, going from St Petersburg to north-eastern Germany.

As per the Swedish state broadcaster SVT, the first explosion was recorded at 2.03am on Monday and the second at 7.04pm on the same day. Warnings about the gas leaks came from the maritime authority at 1.52pm and 8.41pm on Monday respectively, after ships detected bubbles on the surface. SVT also claims to have obtained the coordinates of the measured explosions, and they were in the same area where the gas leaks were registered.

Dr Paul Balcombe, honorary lecturer at the Department of Chemical Engineering, Imperial College London, commented on the situation on Wednesday that “We don’t know exactly how much gas was in the pipes, but there are estimates of 150 300 million cubic metres. There are three pipes that are leaking two pipes of Nord Stream 1, and one of Nord Stream 2. It is unlikely that they will release all their contents, but if just one did it would be about twice as much (~200,000 tonnes) as the 2015 Aliso Canyon leak in the US (90,000 tonnes) which was the worst leak found in the US. It would have a very large environmental and climate impact indeed, even if it released a fraction of this.”

The European Union, along with NATO and the North Atlantic Council (NAC) has called the leaks to be “reckless sabotage”. In its statement on Thursday, the NAC further warned that any deliberate attack against allies’ critical infrastructure would be met with a united and determined response.

The Swedish Maritime Administration established prohibition zones around the leaks as a form of safety measure by sending out navigation warnings on Navtex and VHF that ships should stay away from the area. Such warnings were also issued for aircraft with a safety altitude of 1,000 meters.

German, Danish and Swedish vessels are constantly monitoring the area around the two pipelines since the explosions occurred in order to investigate the possible cause of the leaks. Victoria Elms, from Sky News, has been tracking all the assigned vessels responding to the Nord Stream gas leaks using MarineTraffic.

I am getting a lot of questions re #Russian underwater sabotage capabilities due to the leak on the #NordStream2 pipeline off Denmark.

So just lay out some background reference. pic.twitter.com/0UIyCq3XoV

Maritime specialist, HI Sutton, in his recent twitter thread, has also provided his insights regarding Russian underwater sabotage capabilities due to the leak on the Nord Stream 2 pipeline.